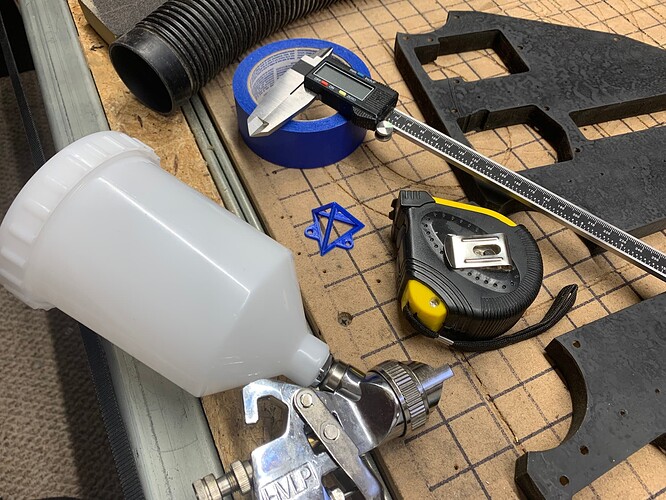 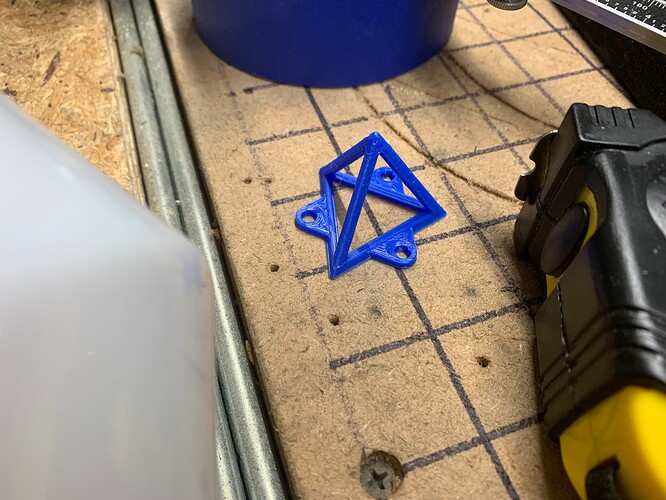 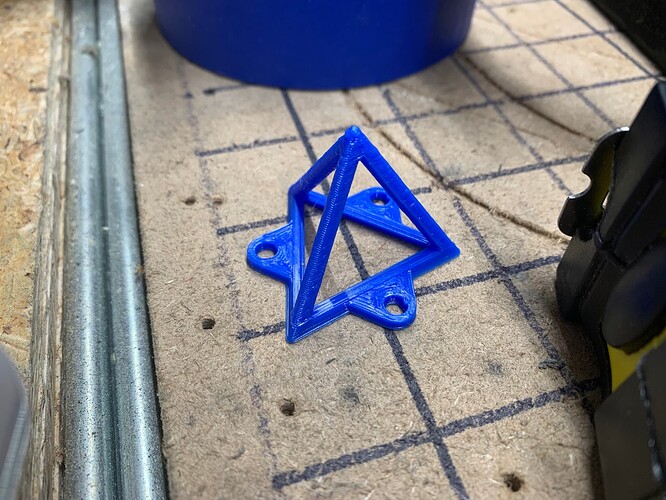 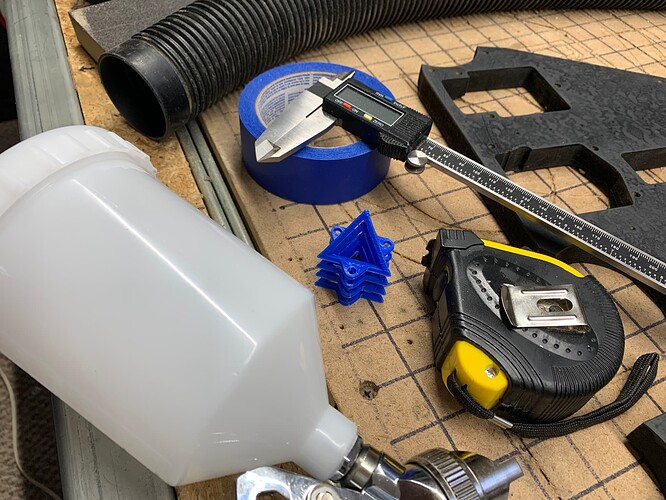 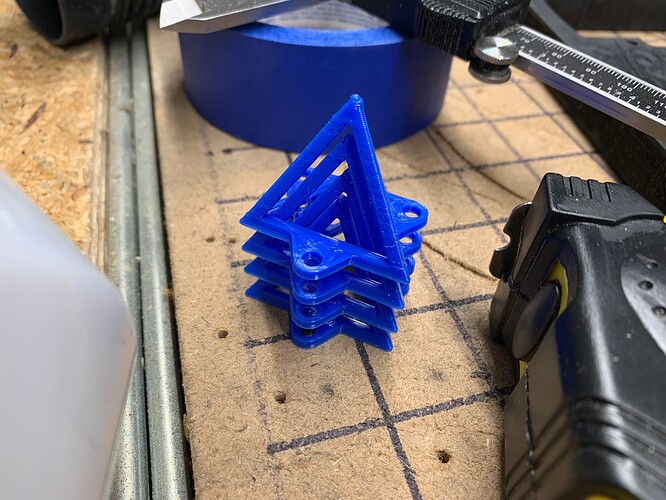 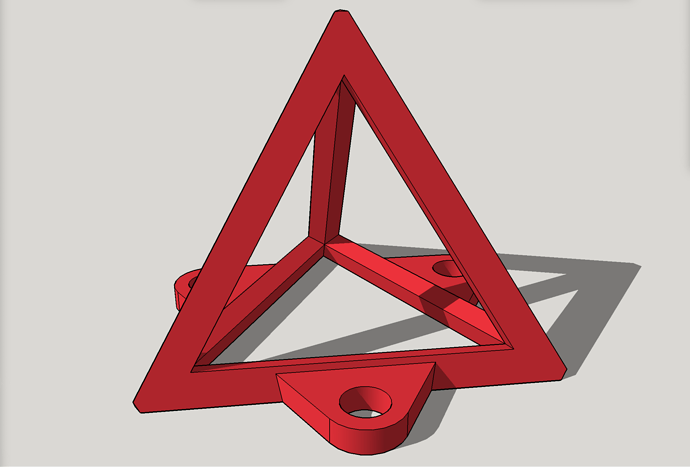 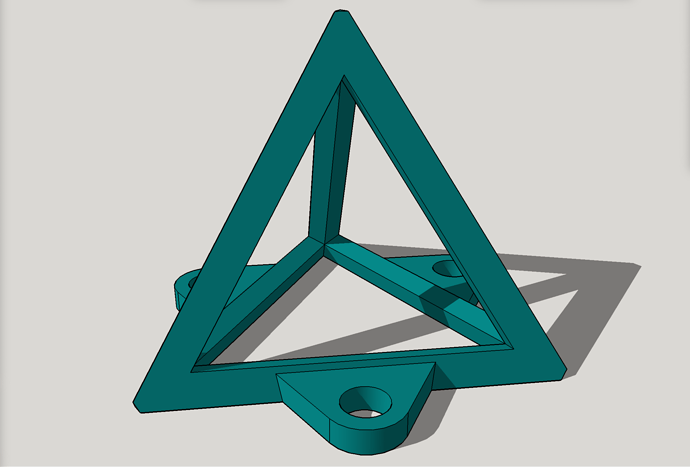 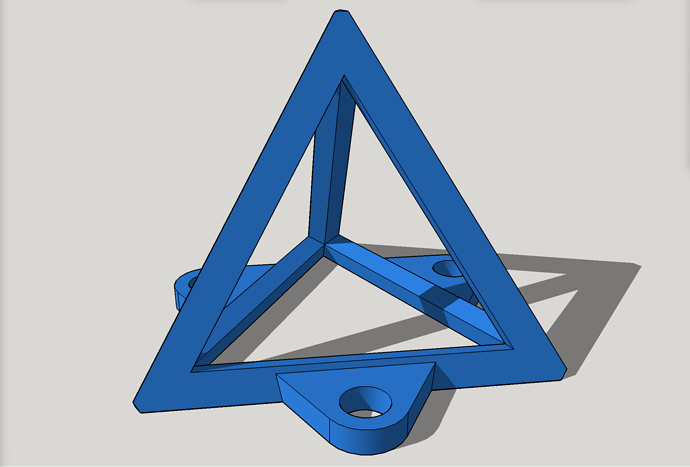 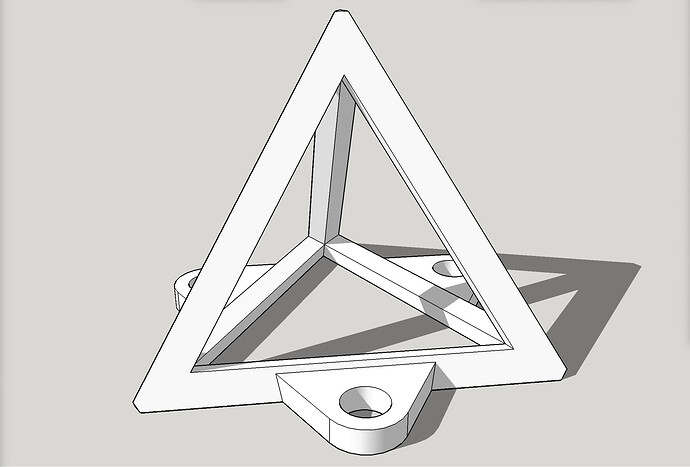 I’ve printed about 6 of those, though it was a while ago and didn’t have the screw holes/loops on the sides like yours. they work great for all of my painting needs. I will say it doesn’t really matter what color you use to print as I always seem to get a bit of paint on them when I paint my stuff.

I love the idea of the hold-downs Doug - my mini versions are here, (no screw holes) but as I said in the text - I actually don’t like them!

I experimented with open sides but found the print time was actually shorter closing them in, and in the end the stackable feature was ignored (by me) because I tend to just chuck 'em in a drawer!

I like to just whack in a brad on the board and bend it to suit whatever I’m doing and no fussing with the pyramids, so mine ended up in my grandkid’s Lego. (don’t stand on 'em!)

Not trying to rain on your parade but have you found they are worth the effort of using them? I was pretty disappointed!

Not trying to rain on your parade but have you found they are worth the effort of using them?

This is my first time to try them, or any kind of stand off, so I will soon find out. I foresaw a likelihood of them sticking to the piece when I try to flip it, and so it occurred that being able to either tape, tack, or screw it down might be of benefit.

At only 2g each and only a few minutes both in design time and print time, it’s not a big loss if I decide I don’t care for them. Again, time will tell.

I like the thought of tape! Will wait (breathlessly!) for your in-use report.

I’ve had plenty of positive feedback, so I guess some people like them!
Cheers

Will wait (breathlessly!) for your in-use report

Well, for my first use, they functioned exactly as I hoped they would, and it was worth my minimal investment in time and material.