Im looking at buying a MPCNC kit to use as a laser cutter.

Looking at high power lasers I came across with this one:

It looks like I can even power it from the PSU that comes with the MPCNC kit, is this assumption correct?

How does this analog manipulation work?

It seems to be a very interesting and powerful laser. Might think of making a box for the whole setup with laser filter protection etc.

Am I going the right way?

They actually contacted me 2 or 3 days ago. hopefully they are working on a write up on how to use there product with the MPCNC. Might want to pop over there and email them to tell them you are interested.

I was buying the machine from your shop. This is going pretty sweet up to know

So ill just do what you say and write them an email asking about integration with your machine!

That’s the same laser I’ll be starting with but not the fancy housing and just ordered a 2W as well for finer detail burning. I got mine from DTR Laser shop. I’ve been developing a mount for it and will do a writeup on the process when I get things together. My thermal paste and parts for tuning the driver came in yesterday so hopefully this weekend!!

I’m going to be using this driver from Optlasers.com

Good stuff! I am only starting with CNC laser 3D print etc.

I am baby stepping and wanting to do it right. My trade is architecture so I know how to use a scalpel and glue but all this technology is very exciting to me!

In the past Ive built a couple of guitar amps and other wood/electronics stuff for myself and I manage to do it right!
BTW you are the Sigil Pickups youtube man right?

They have the aluminium holder attached and when I bought the MPCNC I selected the MK8 extruder mount. Can this mount be of use?
If the extruder mount is as the one pictured in the second attachment, can the aluminium mount work within the wholes from the Z axis thing? 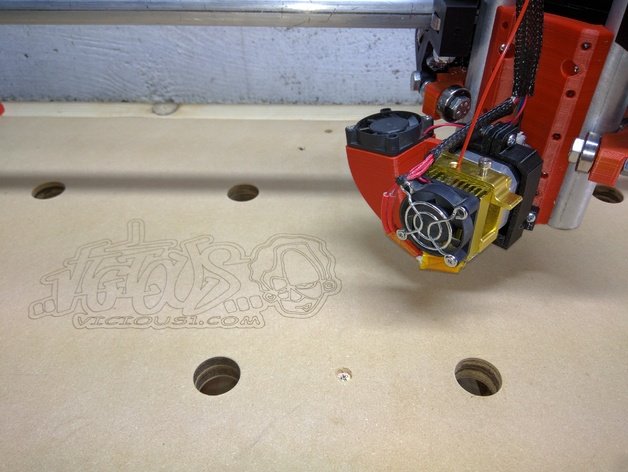 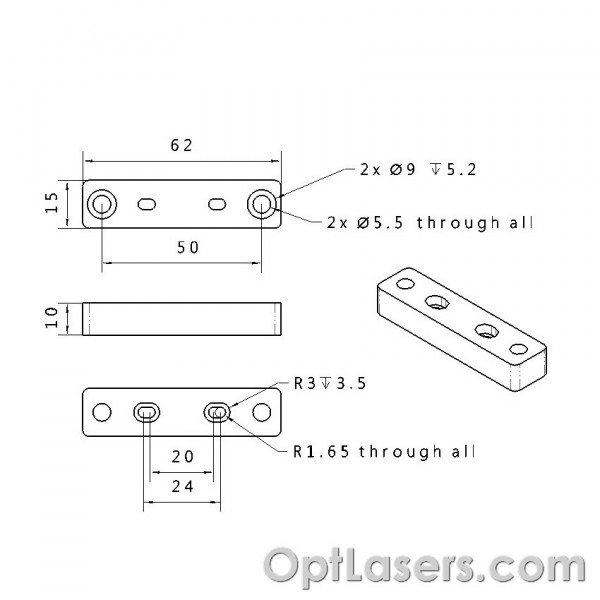 I doubt it. The extruder gets clamped in.
Since the laser takes no load I am sure you can just cable tie it on until you figure out a proper mount. I have done it before.

So I ordered only the laser.

I’ll now start to see how things go together:

In the end I hope to get all this information compiled and possibly with pictures so that everyone that tries to steer this path has a quick and easy process… Hopefully!

David are you after this analogue modulation also? You seem to be much more competent that me at this stuff, If you could share your ideas and you setup later on it would be most appreciated.

2-keeping both on there will sacrafice speed and precision on both tools, more so on the laser and you probably don’t want your optics near all that dust.

3-lots of video tutorials on fusion. Not going to work with a laser. Steep learning curve, really steep. You should learn the basics on estlcam first. Fusion has at least 5x’s the options. you really need to know what every single one of them means or you will get bad cuts.

Okay, looks like you’re going to run a 3D printer and laser from the same machine; are you going to do a router as well or just the first two? It’d be possible to do the laser and printer in one but as vicious1 said, it’d be better to run them separately… BUT I understand the appeal to have them both on for ease of switching.

I’ve been eyeballing Leo69’s offset laser mount and thinking it’d be handy to do exactly what you’re thinking. Here’s the link; 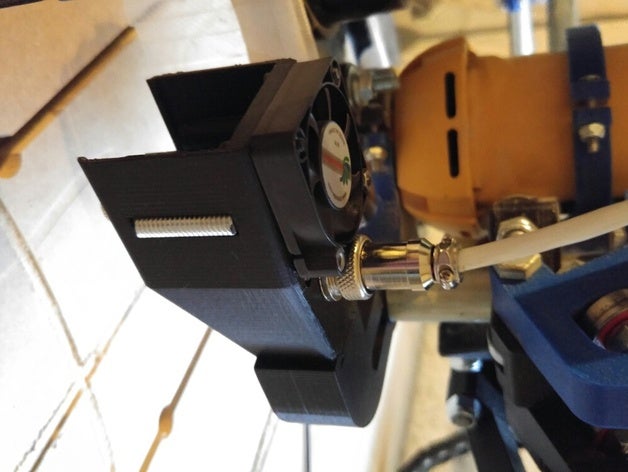 Update 15-Oct-2016: I'm changing my MPCNC over to the HicWic universal tool mount so I've added an adapter to allow my laser mount to connect to the HicWic system. If you're using this deign with the HicWic mount then you don't need the conduit...

I was going to modify his mounting bracket to fit my heatshink but have decided just to keep things separate for now and use the Hicwic universal mount for each (link http://www.thingiverse.com/thing:1234989). If things go as planned, I’ll probably make a second machine for the laser anyway.

Also, be sure to follow Leo69’s tutorial on this forum and the main site homepage on how to set up a laser with the PWM/TTL, I’m learning as I go and it’s starting to make sense the more I look at it.

Advice (like it or not!!): Get your printer running first and then start designing and making parts for the other stuff as you see fit. Once you have the printer running, you’re ready to take over the world!! Then start thinking about tackling the laser.

Thank you both on your input. I am reviewing all that you said and will come back shorty with more nonsense.

What’s the latest on the 6w laser?

So I have been quiet, that is true. A lot to put together this past weeks!

I managed to assemble the MPCNC now called RUFUS here at home. Very nice mr Vicious! very nice indeed!!
I am still tinkering with fine tuning and squaring the machine and letting my new love flourish.

Last weekend I assembled the 3D printer and after a very frustrating morning of internet research and scraping off bits of filament I got the hang of it. Now, two owls, a squirrel, a stag and a test cube later I am a bit more confident about it! Hopefully it will continue to be this way although I have not printed anything today and im getting scared of loosing my recent skill

New weekend I will build a table (Im being told the dinning table need to be set free) and an enclosure and start to assemble the laser.
I can tell you now that the laser looks very professional and neat, and that the optlaser people have been very friendly. I feel very confident about it.
I will be trying to document and explain how ill set the laser up hopefully before Christmas (so that I can make some gifts!)

as a teaser here is the laser with its neat enclosure and some tubes I have been holding with the J tech P shielding.

I will be posting stuff soon 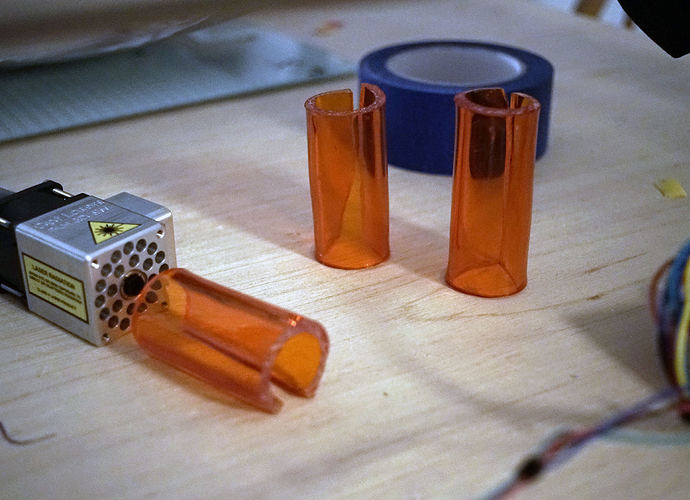 I found this while looking for a similar solution Laser tube on CNC router which might be a way to go.

At least it seems that the mounting style with the MPCNC would work, and it may be possible to use as a laser cutter rather than just engraving. However I know that these laser tubes are very fragile so could be risky.

My biggest issue with trying to use a laser tube is rigidity. I don’t think our router is rigid enough for the mirror path. You’ll also need to keep it in a heated space once you have a laser tube, they’re water cooled, through the glass, so no freezing. I could be wrong on the rigidity, but mine will shake the cabinets it’s attached to, even with the 5 foot square torsion box on top.

Have a look at my MPCNC with a optlaser PLH3D head doing some doodles.

Should be working, could you have another look??

Nice! looks good, added you to the videos page. Thanks.

Happy to be part of this wonderful family!

What kinda lens are you using on your 6 watt?

I Typically use the 3 element lens that DTR offers. The G2 produces a spot that is too large. I ordered a couple lenses off ebay on recommendation from the guys over at PEP.

This laser would be totally awesome if we could somehow get the focused spot smaller.