I’m not a huge poster (or even commenter for that matter) anywhere, but I was compelled by this project to take the time out to make a post here. Why? Because I never would have attempted this or even thought of trying it if it weren’t for Ryan not only designing the MPCNC (Primo is what I used) but making the parts models available for free. And to top it off? I have read more than once that the MPCNC is not suited for a CO2 laser tube. THAT IS WRONG. It works great…

So here’s the story…

This started as a 7.5 Watt diode laser mounted to a gantry with rollers and 2020 extrusions. Then I decided I wanted a variable Z axis, so I went on the hunt for what other people had done. Enter the MPCNC - came across the design on Thingiverse. I was immediately attracted to the versatility of it. So of course I downloaded the files and started reading about it. It didn’t take long before I ordered the hardware kit and SKR 1.2 from Ryan and started printing.

I built it using standard conduit and large enough for a 24" x 24" build area. I built a table, about 36" x 36" dimensions, 2x4 legs and 3/4" MDF top. Built the machine, measured everything carefully, got it “close enough” and started playing. I printed a dremel mount and goofed around with engraving glass and aluminum. I printed a Makita router mount (I have a spare Makita laying around for my Bob’s EVO4), and designed my own mount for my little diode laser. I also printed the drag knife holder. Played around with all of it except the Makita before my better half confronted me about our little diode laser - why can’t it cut clear acrylic? She asked. Why does it take so long to cut thin plywood? She asked. Ugh. So I gave her a primer on lasers, different types, and the strengths and limitations of each. She said “let me know when the CO2 laser is ready” and walked away. So I started researching putting a CO2 tube on my Primo. The posts and attempts I saw left me a little discouraged. On top of that, I was entering unfamiliar territory, So I did the only sensible thing - I threw caution to the wind and ordered an 80 watt tube, power supply, chiller, mirrors, lenses, hoses, an SKR 1.4, and a truck load of Rum.

I will share my background as it is relevant - I have worked in IT for 30 years (since I was 15). I am from a family of Chemical and Mechanical Engineers, and I’ve spent more hours than I’ll ever admit with my 3D printers and CNC Router. In my family, our mantra is that people suck, machines are awesome, and math problems are a fun game we get to play. So when I say I threw caution to the wind, that’s not entirely true as I had a reasonable level of confidence that I could get it to work - my concern arose more from the idea that it may work, just not very well.

I will spare everybody the monotony of the actual build and some of the problem solving and pitfalls I experienced - many of them were either just boring (building a box over the tube) or my own foolish mistakes (letting a y-axis stepper wire hang too close to where I had joined the positive laser cable and watching the fireworks as the energy meant for the laser tube arced through the air, into the stepper wire, fried that stepper motor, and toasted an SKR 1.4). I was bummed too because I had just finished taking a vanilla Marlin build and configuring it to work for this machine (and work it did, until my own carelessness intervened). So I put the original SKR1.2 from Ryan in its place, made the relevant config changes, wired it up, and I was off and running! (or lasering, if you will).

The challenges I faced… First was mounting the laser head with the mirror and lens. I didn’t even bother looking - I just used the template model provided by Ryan and made my own in Fusion 360 - it’s not complicated and the laser head is lighter than anything else I mounted on there (except for the drag knife). I have to make some adjustments to the model still - I got the recess angle wrong and after I snugged everything up, I found that the I couldn’t tighten the retainer ring enough to hold the head assembly securely, so I need to add another mm or so, maybe 1.5mm, to the body of the mount. In the interim, I made a spacer to go in there from some thick wire. Next challenge - mirror and tube alignment. In this area, I went in totally blind and figured I’d wing it. I bought the mirror mounts and head from CloudRay and printed some adjustable tube mounts from Thingy. All seemed well until it came time to align things - and that’s where the limitations became apparent. Ended up modifying (an by that I mean “cutting part off” of a stepper mount on my Primo and had to install mirror two in a cockeyed manner to get the alignment right. I also had to shim the mounts for the tube because while they would go high enough, they had ZERO stability. I will replace them with proper mounts in the near future. Until then though, the shims and printed mounts are working fine. I also had to buy a larger air compressor - I was using an airbrush compressor for my diode laser - not nearly enough to get 10 psi out of the nose cone on the head.

Things to do still:

Pictures and video to come within the next 24 hours.

Show us the proof!!

Well, there are updates - I have upgraded to a CW5200 chiller and all is well, but I have run into an issue, and this may be why people suggest it isn’t a good platform for laser.

My second mirror is hung off one of the X stepper motors. I seem to be having some inconsistency and I believe that truck is twisting. The result is that I have to align the mirrors every day, and I have to make some compromise - it can never be perfectly aligned, only “very close”.

I will create a new post for this issue.

In the mean time, I shall now present some proof (after a mirror alignment)! 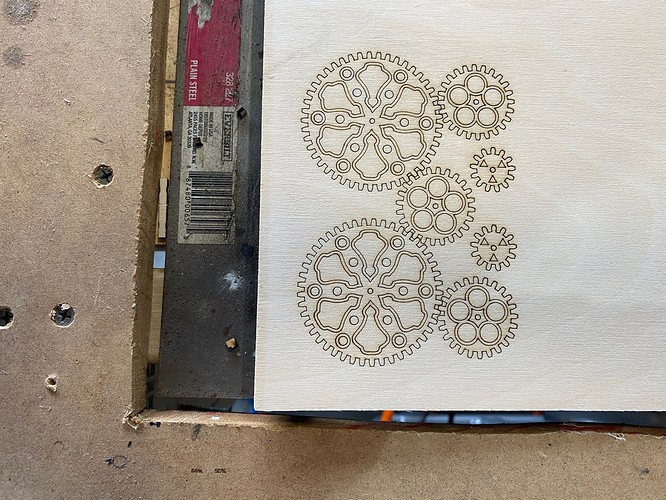 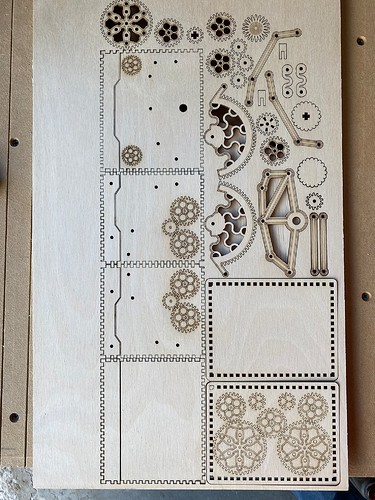 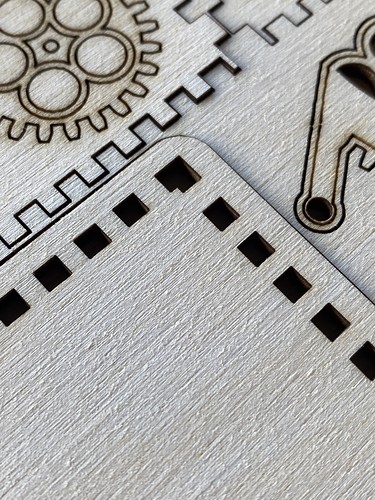 Dang, that is working great so far!!!

Wow, the cut parts there look great, any pics of thge machine that you could share?