A primer on stiffness

I do want to improve each part. To get back more to your point, we could do larger thinner tubes in the US, will they crush, maybe. The harder question is what is available in the rest of the world?

I’ve wondered why you chose 1" tube as opposed to 1-1/4" or 1-1/2" EMT for the Lowrider. It’s interesting to know that you question that decision in hindsight.

Even in my quiet corner of the country, Home Depot stocks both of those EMT sizes. The fly in that ointment is the variability in OD.

I’ve wondered why you chose 1" tube as opposed to 1-1/4" or 1-1/2" EMT for the Lowrider. It’s interesting to know that you question that decision in hindsight.

Originally it was because all the larger EMT I found was garbage and had horrible surface finish and super bent. It is starting to look like maybe that was just a bad batch or something the couple days I was out looking around.

So we are back to the question of what is most universal in most of the world. Always a hard question to answer since you have machines all over the world. That is amazing something is that sought after in so many places and you made it possible for them

Then cheaper or visa versa.

If it was not for you I would not have been able to afford this great community. Iv been happy with the ability of the machines since day 1. I cant afford .00001 accuracy if I need it I’ll have someone make it for me. The signs and cribbage boards and such hardly need 2mm accuracy so I’m ecstatic for a sub 500 dollar machine I’m amazed .

Some people expect million dollar machine tolerance for this price and it’s not there but you get way more than what you put into it. But if you say you improved it even a little my ender 3 will be working its little processor to the bone night and day while I plan my next project

If you want to penny pinch and save on screws, I found for a separate project that 3D printed roll pins work great for 608 skate bearings, and they constrain the bearing to be coaxial with the surrounding part too. The problem is that they require a special tool to install and they are impossible to remove. Maybe that’s because I printed them too thick and too large; I didn’t optimize for stiffness and strength vs. ease of installation.

Anyway because of the downsides I never mentioned it here.

Higher part count, cost and complexity to gain something that can be gain by just increasing print time…but both would require an even longer table to accommodate.

I think we might be talking about different ideas. Does the following help clear up what I’m suggesting? 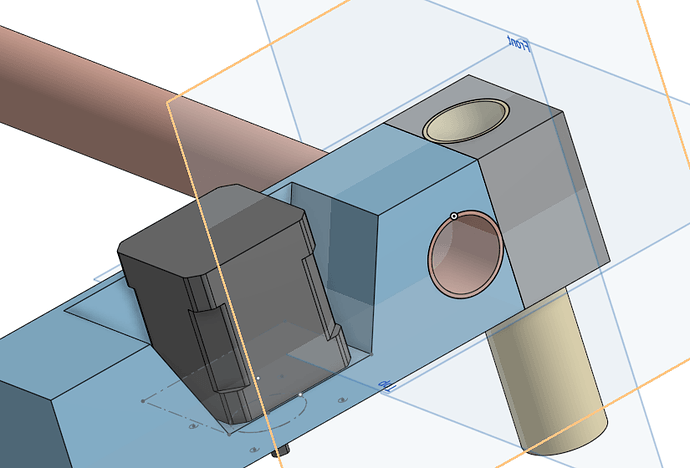 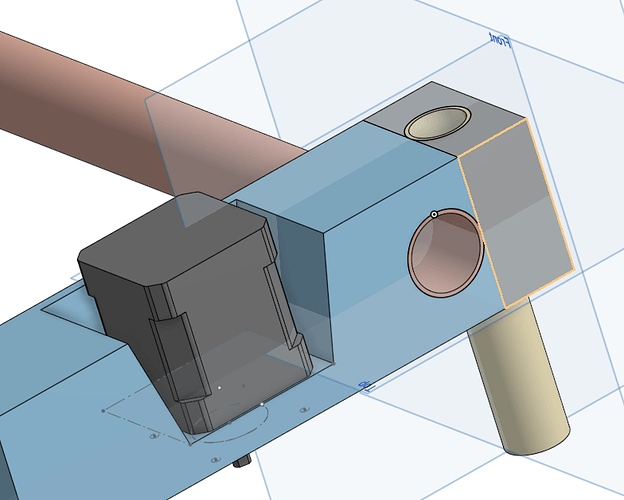 The total assembly width stays the same, but we are able to shift the X tube by 6mm to the right because the Z tube decreases in diameter by 6mm. The total effective width of the X assembly grows by 1.2cm, or around 10%. This would theoretically decrease spindle angular deflection by the same ~10%.

At the same time, though, this greatly decrease the Z tube’s inertia. I don’t know if it becomes too flimsy at that point. 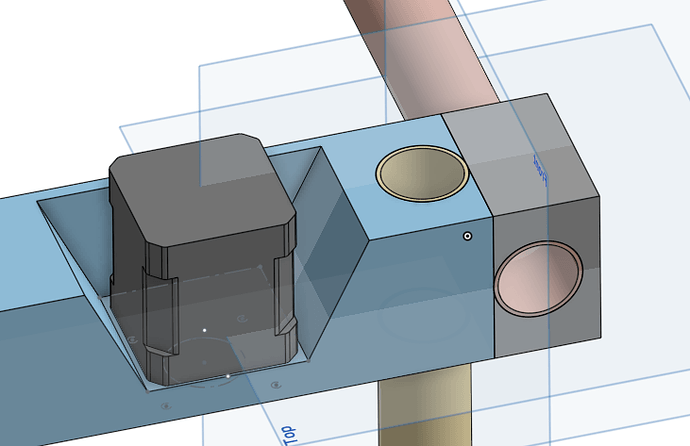 I think this approach could be done without moving the bearings in the Z, although the YZ_Roller part might need to be stretched a bit in the Y if the wheel doesn’t clear anymore.

Cool idea, not sure how that would effect the Z stability, probably very little at normal cutting height, cool. Two size tubes would be a nightmare though would have to do it with one.

Two size tubes would be a nightmare though would have to do it with one.

Thinking just a little more out^H^H^Hinside the box, what if you were to put the 12" tubes into the kit, alongside the lead screws? A smaller diameter tube might fit nicely in the shipping box, allowing you a little more control over final build costs and quality.

not sure how that would effect the Z stability

Or is this a bridge too far, i.e. either choose smaller Z in its original position or chose same size Z but swapped with X, but not both?

Giving it some further thought, if it’s possible to swap X and Z, then a thinner-walled 1" tube might be able to be used. If we’re supposing 0.035" wall thickness, the decrease in moment of inertia is around 1/3, but the increase in torsional stiffness is about the same and so the end result is the same accuracy, but with a 4-5 pound weight savings. I don’t know how much the overall LowRider weighs, but I’m guessing this would be at least a 25% drop.

what if you were to put the 12" tubes into the kit, alongside the lead screws?

That is thinking outside the box. People still need to be able to source the parts themselves. It would need to be a size that you could easily get internationally. With the tariffs, it can be really hard for someone in europe to get a kit from Ryan. It is more effective for everyone to send Ryan a tip and get the parts from China.

The problem every one wants to use concrete filled tubes
or cant get 035 for less than. 065 that was me cost 70 us more but possibly mild steel would have been cheaper it just was not on my radar at the time

Product development is brutal…but I love this conversation especially in terms of the LR.

I think it could use a few tweaks and getting me thinking about it while working on the MPCNC gives us time to develop more mature ideas. I was a little worn out yesterday but hopefully today I can get in some serious CAD time to get that thing wrapped up.

filling in the tube

@kubark42 thanks for me MATH(S), as a degree holding (but inexperienced) materials scientist I really appreciate it.

I was thinking about filling the tube with something strong, light, readily available and cheap: builder’s expanding polyeurathane (PU) foam to increase stiffness.

Also, I can get 3.2mm thick Aluminium (1” OD) tubes locally which should be as stiff as the 1.5mm SS ones I can source locally. Normal Al is pretty predictable in physical properties (from my memory) when manufactured vs. steel (martensitic transformations, work hardening, etc).

Finally, people are talking about flats being worn into tubes by the roller bearings. Ignoring abrasion, this can only be due to plastic deformation (exceeding yield strength). What is going on here? Is it because it’s a concentrated load (tangent of the tube)?

Anyway, I fully intending to do some experiments with what I can source locally in the UK. Any suggestions as to what needs testing?

I really wish I had taken pictures of Ryan’s tester mpcnc at mrrf. Flats rolled into 1" stainless tubes.

The point load of the bearings is a lot higher that you would imagine (it is very much a point load at first). The rails at MRRF were $120 SS best I could find and If I am not mistaken thicker than recommended. You have to remember, very concentrated load with an extreme number of repetitions. Everything fails eventually. That was due to me blindly tightening things over the months of testing, the Primo should be a more even load on each bearing and not have that issue though, aluminum will absolutely not work though.

@vicious1 if thicker than normal SS failed then it suggests that some work hardened normal steel would be a better bet. I am looking at rails for a lowrider with the aim of cutting wood and occasionally Aluminium on it. What are the disadvantages of using heavier steel, other than slightly slower milling?

Diminishing returns, slower accelerations. This is a very common topic, I recommend what I believe to be the best option, if you want to try something else let us know how it goes, preferably with a side by side test. If I thought thicker was better I would recommend it. Everything is a balance and I have done what I believe is a good job at getting that right. But I would love proof of that otherwise, but calculations and speculations are not all that fun for me. Get dirty, try it out post pictures we all love that!

I found this excellent video by a race car designer/engineer/builder talking about strength, stiffness and toughness. The first few minutes explains it all but I enjoyed the whole 11 minutes

That video is just like any of my materials classes, love it!!!

So…the pro model should use this?