Can anyone suggest a different software package other the Repetier Host. I keep getting out of memory errors when trying to load up a file… I just want an estimate on how long it will run. Yes its huge just over 1 GB. Its a raster engrave that is 30x48"

You could try pronterface.

That is a very big file. I have a feeling you can turn down the resolution a lot and not actually lose any detail.

on a different note @vicious1 or @ leo69 would you know what causes this kinda cross hatching or burlap sack effect?

I am wondering if it the acceleration too high… I do have it set to default 400. I have my speed all the way down to 900mm/min 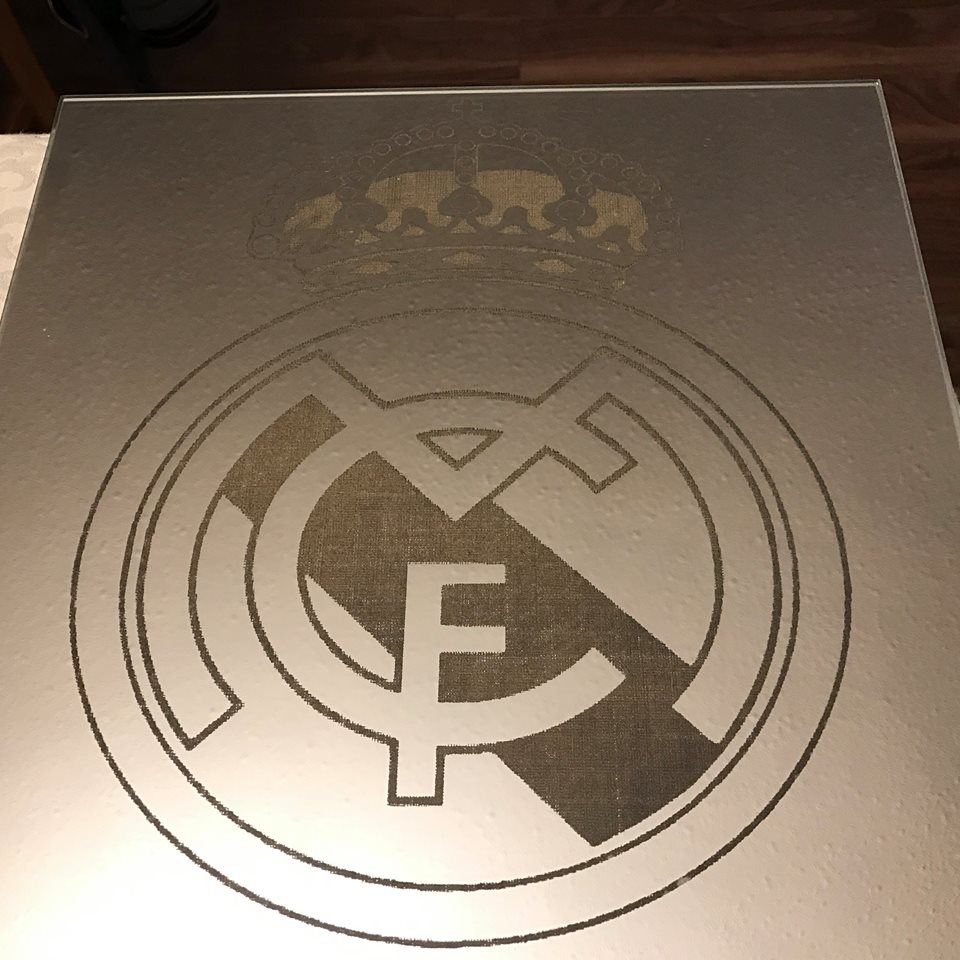 its actually just a text logo. I have the file set to the same pixel resolution that it will engrave to… 0.1mm

Using rc8? How tall is you machine?

No i have not gone back to RC8. About 6" tall usable Z

I should take a video. it seems to move very jerky when moving slowly which might be what causes this.

Laser hangs down about 2 inches or so. and 65mm above the work surface

I’m assuming this is like a pocket operation? So it’s moving left-right, then up one row, then right-left again?

The lighter or darker rows could be caused by something systematic over time, but the columns indicate something to do with your left-right axis. Like whenever it gets to that column, it’s lighter. I bet it’s tilting a little bit there, which is causing a gap/overlap. Maybe the laser is tilting a little bit, always at that column, due to a strain in the cables, or something on the rails?

Its a raster engrave so I guess technically its like a pocket yes. Runs at 45 degree angles across the surface. Which is what puzzles me as to how the perfectly vertical and horizontal hatching pattern comes out.

I would say definitely not the cables, rails are well broken in and cleaning them makes no difference.

I have seen this issue come up before not sure if in this forum or another but finding a solution or even a cause has been tough.

You need to use RC8 with the laser. It helps that.

The new bug fix seems to work, I am not going to release it yet, The last one caused me way too many hours of emails and forums questions. I will wait until I am very confident.

I am 3 days behind On shipping right now I can’t modify it for you. The previous release works for laser only and it is on the forums already.

You could also just make not of all my comments in RC7 and transfer them over and do the bug fix update. Bugfix gets updated fairly regularly so I don’t wan to out up an old version.

If you just want to simulate a job, I use CAMotics.
It’s time estimates are pretty close it seems.

I assumed that the burlap looking effect is a byproduct of the rasterization process. I tried doing our company logo in a mirror with img2gcode, pic engrave 5 and laser etch. Both the img2gcode and picengrave versions had the same burlap look to them but the laser etch version came out clean. Laser etch only works with B&W imagery though.

I also tried just opening it in inkscape and using the eggbot extensions to crosshatch and got very clean results that were faster than any of the other methods. Though I had to use a very dense crosshatch for it to look good on glass and that slowed it down quite a bit. On wood I was able to use a comparatively open hatch without air assist and the overburn filled in quite nicely making for a VERY quick engrave. Only took like 7 minutes on wood with the open hatch compared to like 3 hours for the rasterized versions or 1 hour for laser etch. or about 30 minutes for my densely hatched version.

I use pic engrave and the boys over there say it should not do that. They are saying is either setting oriented or mechanical. They have posted several pictures of their work and that burlap doesnt exist in their images using the same diode as me.

I’ll have to remember to get a more recent shot tonight of the latest tests.

This was a month or so ago.

From the upper-left going clockwise:

Pikachu was just a vector file.

My daughter and santa was img2gcode and about 4 hours.

The vector with cross hatching would be even better with still tighter cross-hatching…and would still be faster it seems.

Not sure how well it shows in the photo but the laser etch version doesn’t really have the burlap look while both picengrave and img2gcode do.

There were still a few flaws in the picengrave version…but I’m running an old RC7 release of Marlin still.

I haven’t really put a lot of time into perfecting the mirror etching lately because I want to build a better ventilation setup first. Got tired of my shop stinking after etching 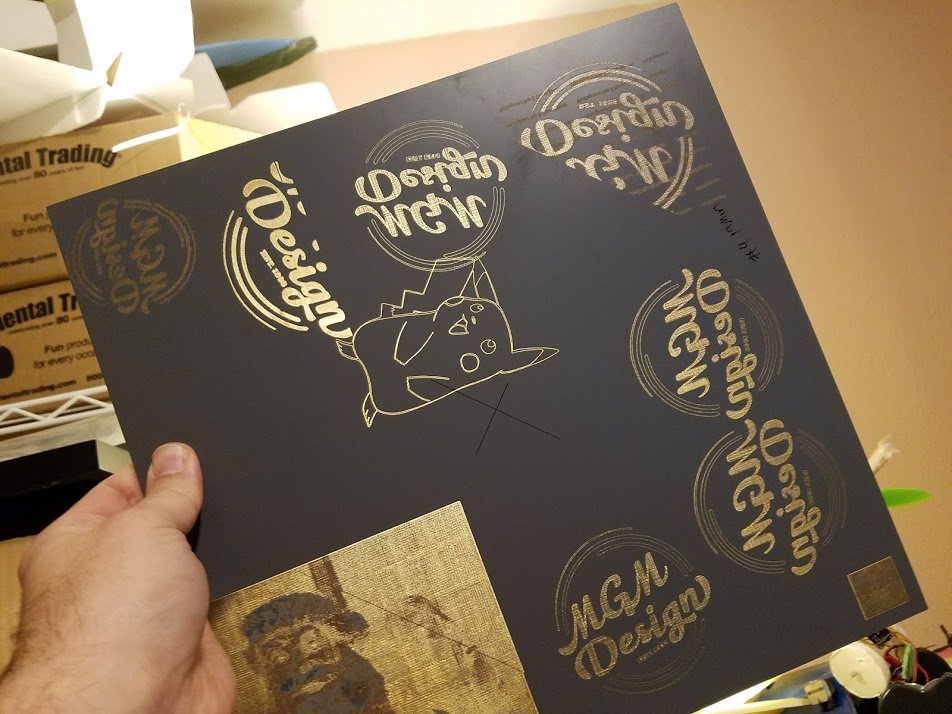 Hmm I think I need to get my hands on Laser Etch to give it a whirl.

Here a link to a quick video of my x/y/z axis moving during a mirror engrave… it doesnt look as bad in the video but if you watch carefully you can see it shaking. The rollers do not exhibit the same behaviour