Anybody using a Dremel 300?

I just finished this amazing build and was just doing some drawings with it. I had a Dremel 300 so I printed the universal mount for the MPCNC and the mount for the Dremel. I got some gcode for my name and tried to engrave just that in a piece of scrap 2X4. The code I used was the same one I was using to draw with. It only went to a depth of -1. It came out OK but I thought it should be engraved deeper so I changed it to go to -2. It started to bog down and I aborted the job. I was running the Dremmal at full speed and I am using the suggested 1/8" 2FL endmill.

My question is if anybody else has used this as a spindle and if so did you make any changes to Marlin, Estlcom or Reptier-Host? Should I use a slower feed rate speed in Marlin? I think it’s at DEFAULT_MAX_FEEDRATE {195, 195, 8.7, 25}.

What material can I use with this setup?

I’m just starting out so any help would be appreciated,
Cliff

UPDATE: I think I found out how to do it.

I watched other videos of etching/carving and it looked like they were doing it in passes. Each pass going a little lower. So I just edited my gcode file and doubled the code. In the second copy I increased the depth to -2. I gave it a try and it worked and sounded very good. I think I was trying to remove too much material in one pass. Now I have to learn to use the programs to create more than one pass or is it called layers? I have attached some photos to show the improvement. So how much should I try to take on each pass? 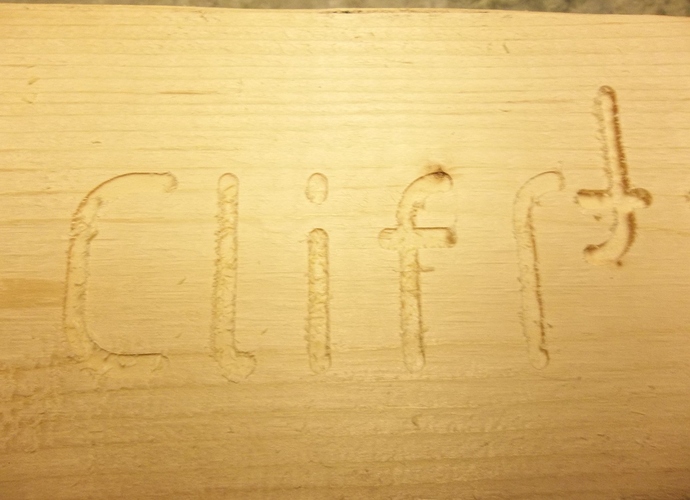 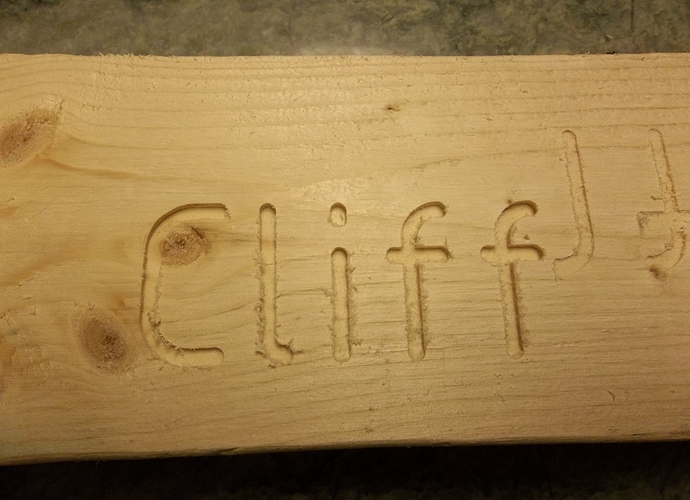 Yea, check out estlcam. It will generate proper code for you.