Hi,
Printed the parts in PLA using the listed perimeters, infil etc.Most of my bearings do not seem to be touching the rails (25m IE)
Have attached a photo.
Do I have to reprint? 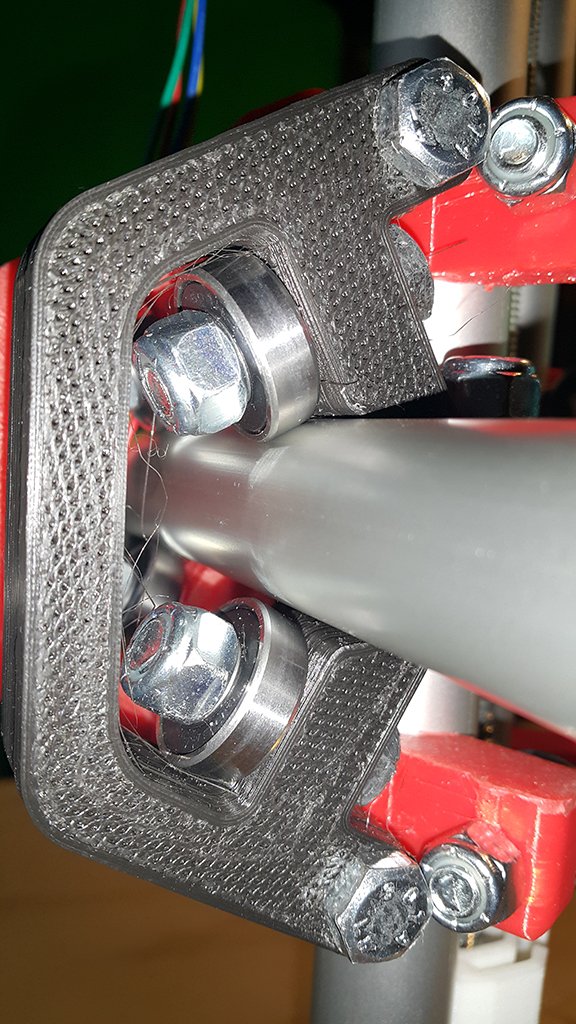 That definitely isn’t right. Do you have calipers to check your rails OD? The common complaint is too tight so you are pretty far off. Maybe print a quick calibration cube as well.

Just did a 20mm cube print and am measuring 20.18
Just measured the rails and am getting 24.84
Waiting for the aluminium people to call me back about the rails and will do a reprint of a piece to test at .911 ?

Are all your bearing blocks that far off?

I have somewhat the same issue, not quite as bad but still with small amount of play in the new MPCNC I’m building.

The printer is well calibrated, and several different test prints are well within tolerance for X, Y and Z on the printer.

All of the MPCNC pieces printed with perfect bolt holes (not too tight and not too loose), and the bearings fit snuggly where there are pockets for them as opposed to just going on a bolt. Also all the pieces for the middle aligned perfectly as far as putting them together, it just appears that some of the inner bearing holes were not positioned where they need to be for a tight fit with the conduit that I have.

As a cross check I ordered a router mount from the shop and compared what I received with the same parts printed here. The both match 100%. But there are somewhat less massive than the middle pieces.

Also the Better Middle Z pieces printed perfectly and the bearings there all grab the conduit just fine, its’ only the other middle pieces that are problematic.

I did some measurements of the conduit (got from Lowe’s before spotting the comment that the Home Depot conduit might be stronger/better. There appears to be a bit of difference in diameter over the length of conduit (2 feet in my case) but probably within tolerance, just combined with the printing the tolerances add up to give some slop.

I suspect that it has to do with difference in the filament and ambient temperature when printing, but right now that is only a guess.

So for a hack, and it is definitely a hack, I put a couple of layers of blue tape to the Y conduit since that appeared to be the worst for slop. That makes the middle solid as a rock. I know that over time it is likely that the tape will wear down, but for now it beats reprinting only to maybe have the same problem again. But I do plan on reprinting, but before I do I’ll make an enclosure for my printer to keep things more controlled as far as ambient temperature goes. And I may go ahead and install the heated bed I was going to to for a while to minimize any warping. The problematic pieces had some very slight warping, and I almost never get warped pieces anymore with my PrintrBot Simple Metal, so I think it is a temperature variation that contributed to the problem.

The good news is that I have the gantry and Z Axis installed and I was able to do a rough test with a magic marker pen taped to the holder and it drew a square 100 x 100 mm and did it fairly well given that the pen itself wobbled a bit due to the tape. I’ll do a more secure holder for some more tests while waiting for my DeWalt router to show up.

Also I used the ShapeOko Grbl settings calculator to compute the GRBL settings for X Y and Z. My X and Y are almost perfect, but Z appears to only move about 1/2 of what it should (e.g. about 5mm when I expected 10mm). I suspect that I forgot to change the number of microsteps on Z from some earlier testing.

In any case adding the blue tape hack to the Y conduit really made things tighten up rock solid for me. I may even see if I can find some teflon sleeving that would tightly fit the conduit and that would save me reprinting. Just a thought…

I guess this is a long way around saying that maybe you are experiencing some ambient temperature effects on printing the beefier parts like I appear to be seeing. So keep that in mind if you go to reprint anything.

If you are committing to reprinting and you will be tossing the current parts there might be one other trick you could try, but it is iffy. That would be to redrill the offending holes at an angle such that the bearings would hit the rail and then put some shim plastic in to hold the bolt at the proper angle when tightened, but that would be a fair amount of work and would have to be done carefully. But you might try it to see if you can salvage the parts you already have printed.

Hmm that makes me think. If you had some curling on your prints it might be twisting the whole thing a bit and causing this. If your corners lifted off the bed a bit
On the middle pieces.

Hi, I’m using the bolts from the kit you sent me. No curling off the bed
Looks like they are all off by the same amount

Maybe a picture or 2 of the whole center assembly so I can see if something is wrong.

Hi, not just the center assembly but all the rollers too. Waiting to hear back from the aluminium people. Would anodizing the rails have stripped some of the circumference? Would not have expected it to be that much!

It will, but shouldn’t be that much. They will chemically strip the aluminum first, then anodize. Usually the anodization will put most of the material back, but sometimes won’t.

I think that it may be the curling that happened on the middle parts. It wasn’t a lot but definitely more than I would like to see. Most of my prints come out 100% flat, but of course there are a lot of variables that can impact the warping, and the days that I was printing those middle pieces we had a real cold snap (down to freezing) here. That made the workshop temps a little cooler than normal, and the heat would be cycling more so I think that contributed to the problem.

So I expect that it is the slight warping that is primary cause of the bearing gap.

In any case for the short term I have a workaround that will let me work with the MPCNC and once I have my printer enclosure built then I’ll work on reprinting the middle pieces that are problematic.

Have spent the last few days dealing with a printer issue (cracked feeder roller that was stopping print at around 30%!), printed a new part for the feeder and discovered that the x and z axis were swapped over so all my parts are mirrored, would that cause gaps? I think not personally but am now reprinting roller parts to see whats up. Will feed back asap.

I’ve designed an eccentric bushing that fits in the single bearing hole and allows to fine position the bearing against the 25mm pipe.
It has OD of 10 mm and internal diameter of 8mm, so the original 8mm hole need to be enlarged to 10mm.
I own a small lathe so for me was relatively easy to make it, in brass.
I can publish rhinoceros model and stl of it eventually, if someone is willing to try a print. 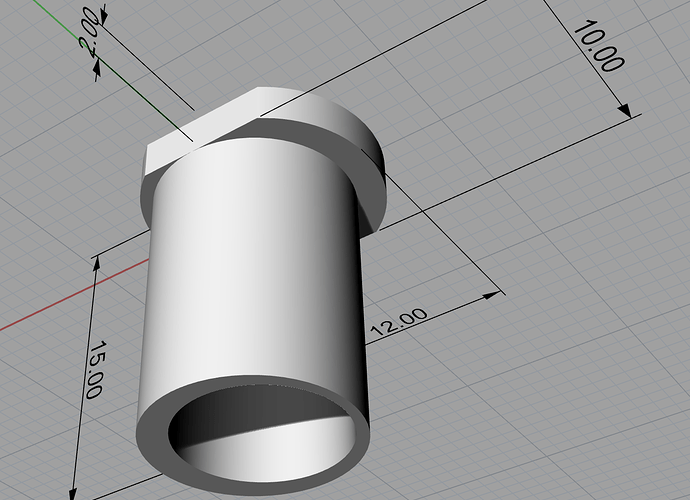 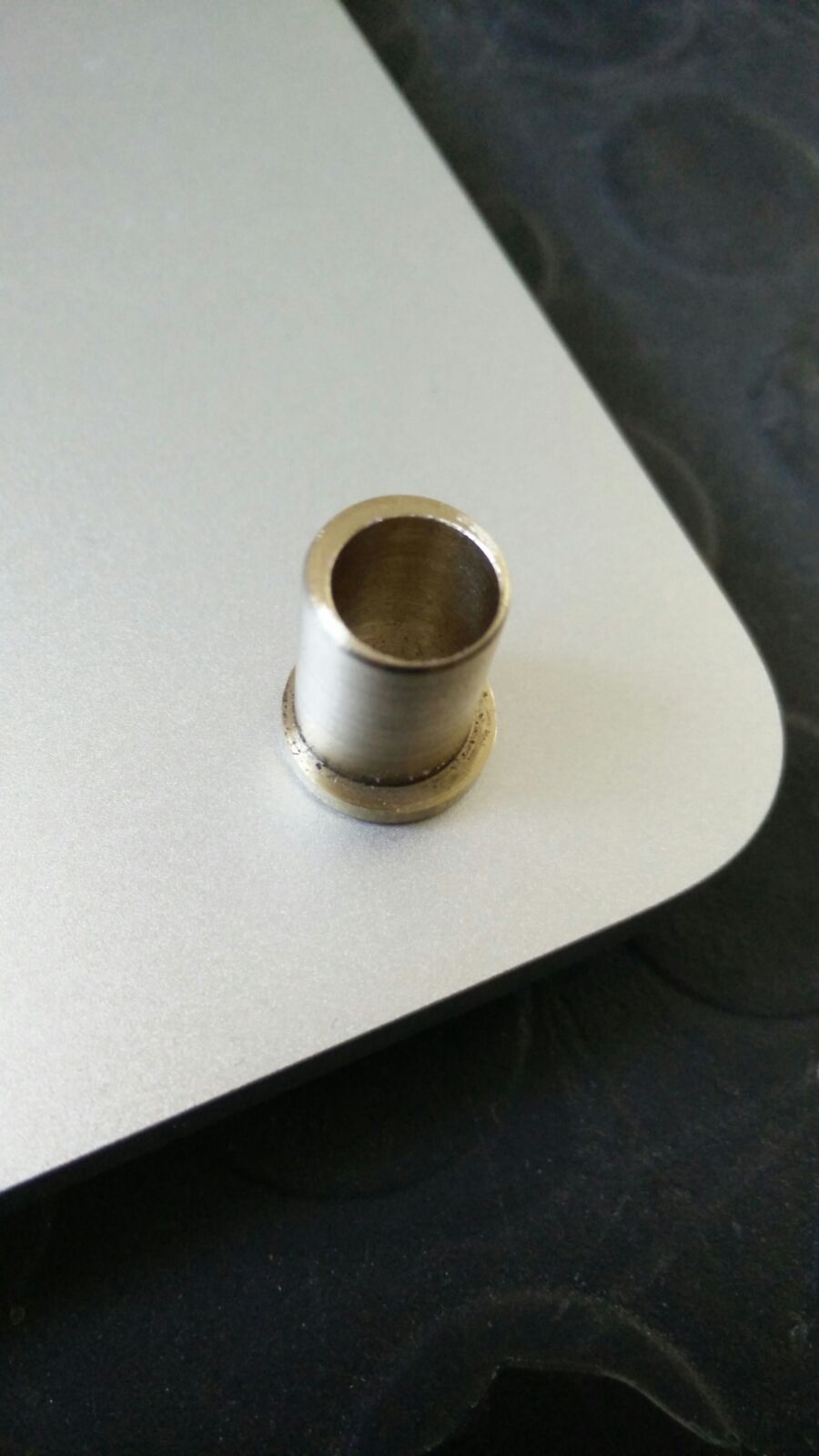 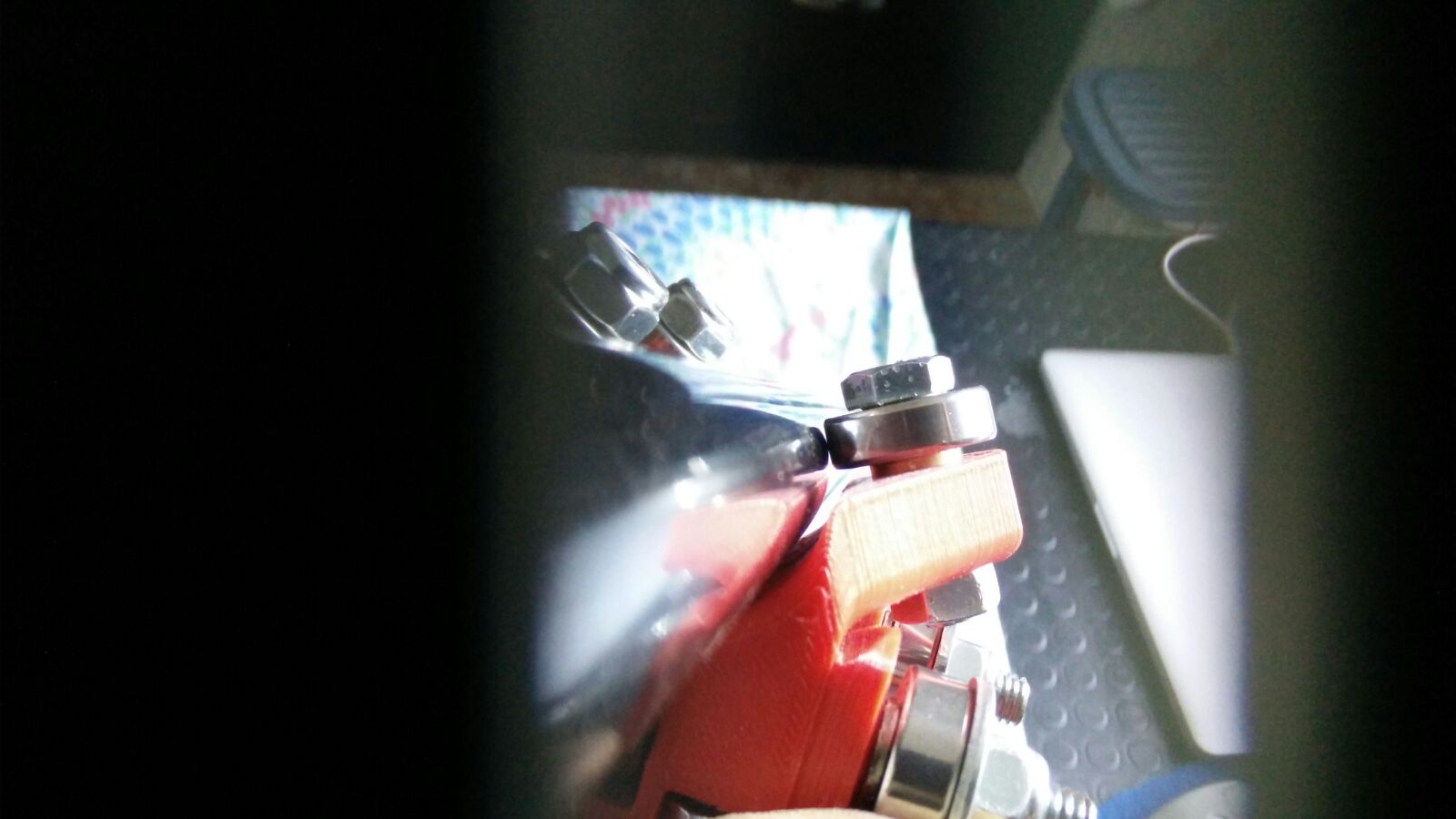 Derek - A good shim stock is at Home Depot - the clear protective cover tubes for fluorescent tubes in the smaller size . I cut the length and slit it down the side. It snaps on and gives a good looking surface over the tube. I wouldn’t use it in the bearing run surface but it is great for shimming the ends of the conduit.

I have a similar problem with my bearings. That’s the reason I want to rebuild my whole middle.

Is there the possibility to make an adjustable roller mount? My idea was to make the outer bearing adjustable a few millimeters.

Is it possible to create a modified roller with a slightly slotted hole inside for the IE? I really would try to test this concept. 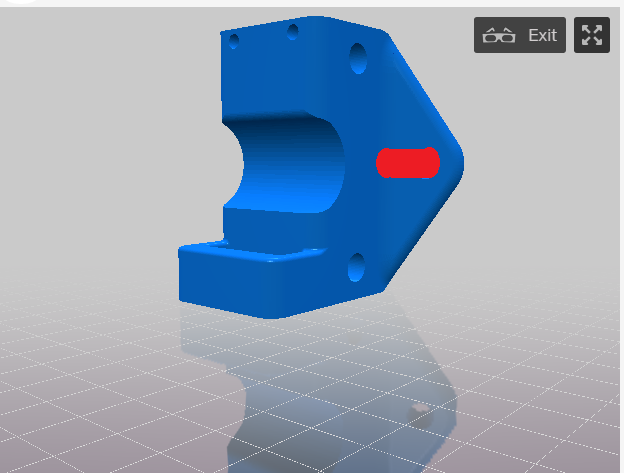 It’s possible, but you’ll have a hell of a time getting everything square.

My idea was to adjust just the single inner bearing. The orther bearings should be fixed in their positions.

So you can put the roller on the tube, push the inner bearing to its position and tight inner screw. Shouldn’t be a problem to get everything square, should it?

There isn’t enough meat around the bearings to do a slot it would have to be a separate piece with extra hardware. This wouldn’t work on the center pieces though.

I just tightend the upper screws (the same the belt bearings sit on) a bit more. Needed to put a small M8 washer between the outer bearing and the big washer.
Now all of my bearings have contact with the rail. Maybe this could be a solution here.