Blue screen when powering through Ramps

When I plug my Arduino/Ramps using the usb cable I get see the Marlin software on my lcd just fine. I can navigate the menus and make selections. When I plug the power cable into the Ramps the lcd is blue and no Marlin software is viewable. Now, everything worked just fine up until the point I plugged in two motors to the X stepper. I noticed that both motors were plugged in incorrectly. I switched the connection and the motors moved just fine. This is when I noticed that the motors would begin to work intermittently. I would have to spin the dial very slowly to get the motors to spin again which would work for a few seconds before it stopped for another few seconds. I unplugged everything and re-plugged the power cable and that is when I noticed the blue screen with no Marlin software.

I figure that I either fried the Ramps board or there is a loose connection in the green male or female plug. Since it works when plugged into the Arduino but not the Ramps. Any ideas as to what else I can troubleshoot.

I was not using that power block at the time all this happened. I was actually using this one 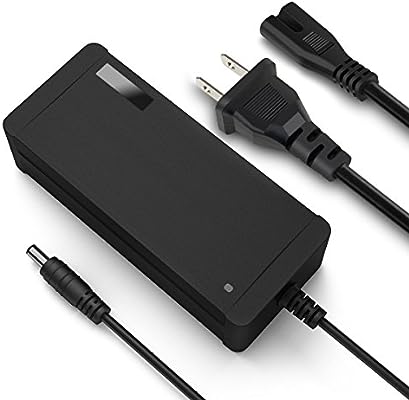 I ended up switching power blocks in case that was the issue. As you can see from the photo it did nothing to resolve the issue. 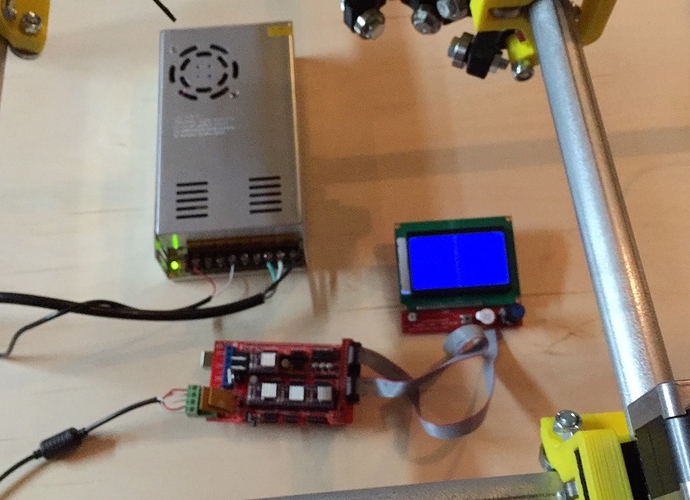 Thought I would post a pic of the board connected through USB. 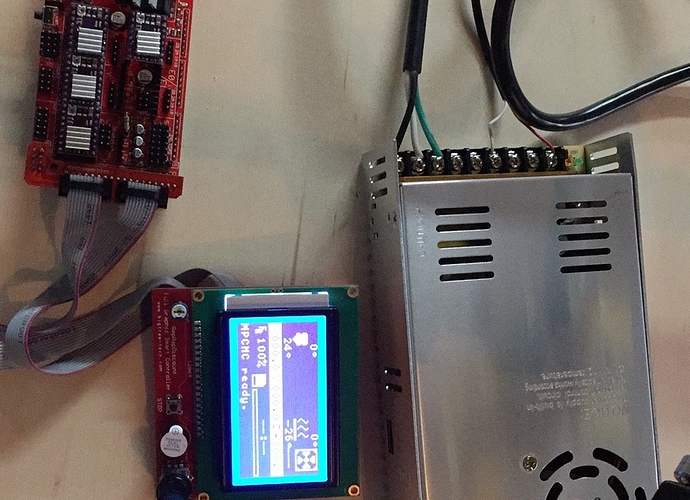 So I was going to try repetier-host and plugged my USB and power block and I get this on the screen. 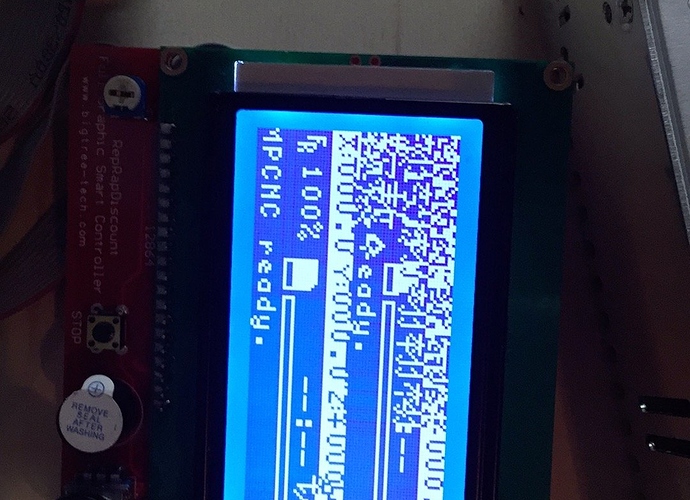 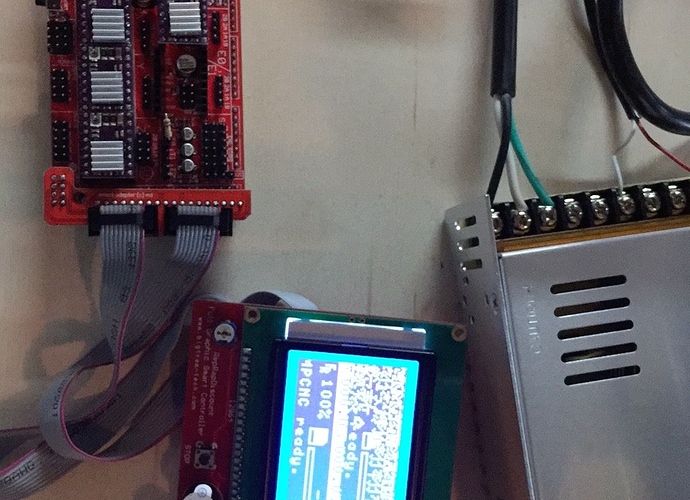 So another update, I plugged in the power block first then the USB and was able to have a normal screen. I was also able to drive my motors from this setup. I tested the voltage on the green connector to the Ramps board and I am getting 12v so no issue getting power there. I am thinking it might be a bad Ramps board because it was working fine a day ago and all of a sudden my LCD is no longer displaying the Marlin software.

I forgot to add this

a)If you didn’t or changed some things please don’t leave out any details.
All links listed below

b)What firmware?
Firmware is from this site

a)If so please disconnect them.

Sorry, posted from another computer with a different account.

If you unplugged the steppers while the ramps was powered up you probably fried your drivers.

Let me try and recap. Your screen only works with the usb plugged in, not just the power supply?
If that is the case your arduino voltage regulator is probably bad.

Thanks for the reply. I am actually plugging in to the Ramps board for power if that makes a difference? Or is that what you are talking about?

That will not work. You have to power the ramps board only.
https://www.v1engineering.com/assembly/ramps-wiring/

You are correct. Turns out the voltage regulator was bad. I bought a replacement board and everything works fine now. Thank you for the help!