Can I make Fusion360 use 2 different tools in one operation?

Im sure there’s a way to do this but I don’t even know how to look for a tutorial. How is this operation called?, basically I want to do a part that will need to be rough cut first to remove a lot a material with a 1/4 inch bit, but then I will need to change the bit to a smaller 1/8 inch size to finish the smaller details.
I would like to setup a program that will do the first cut and then stop so I can change the bit, and then continue working.
Of course I would like Fusion360 to know that I have changed the tool and now it has a smaller bit for the details.
Is this possible?

I think they recently took that out of the free version. But if you have a paid version, I would check youtube.

Jeff is right that you cannot make tool changes within Fusion 360, though I’m not sure tool changes ever worked with Fusion 360 and the Guffy post processor. If you try it now, you get the this:

There is a possible workaround if having all the g-code in the same file is important. Untested: post process each tool into a separate file, then concatenate all the files into a single file. In Windows this can be done easily at a command prompt, or it can be done in a text editor. When the file is run, you will get a pause between each tool with a “Turn ON xxxxRPM” prompt that you can use to change tools.

Personally I just use a naming convention that makes it easy for me to identify the order of the files and separate each tool into its own file. I leave the steppers engaged between running each file and use commands to move the steppers if I need to move the router.

I personally just run the separate tools in separate gcode files. This gives me a good breaking point to go grab a drink or take a bio break if needed.

I don’t like to leave the tool idling in a ‘pause’ state as I don’t trust it.

Loading a new gcode file will still keep the current tool position. You’re going to want to re-home the z axis to set the height of the new bit anyways.

I do make sure my last line of each gcode file takes me back to X0 Y0. Then I can jog the router to a spot off of the workpiece to replace the bit with the new one. Jog back to X0 Y0, run Z-home, and then load and start the next gcode file.

I don’t work in a production environment, so having two extra minutes worth of work to load the next file is no big deal for me.

The tool change used to work (you have to number the bits differently), but as stated above does not with the free license.

You can probably concat the files together before loading on the machine. If using a z-probe, the code will pause asking for the probe to be attached which allows changing the bit.

Thanks everyone for your replies… I guess I now have an excuse to purchase a Fusion360 license.

Sorry for being such a newbie, but does this means it will not work with the post processor we are using in Fusion 360 for the MPCNC?

@Bryanw53 indicated that it used to work, and I’m betting that he is using the Guffy post processor. So it is likely the recent changes are the ones that broke it. Early on I tried to create a bit change using Setup/Manual NC in Fusion 360, and it did not work for me. I never tried post processing multiple cuts with different bits to see what Fusion 360 created. I moved on to separate files and am happy with the solution. As mentioned by Bryan and me, you can simply concatenate your post processor files together to create a single file as a workaround.

As mentioned by Bryan and me, you can simply concatenate your post processor files together to create a single file as a workaround.

Thanks for the reply Robert…
I know it may seem simple but trust me it is not simple for me. I dont even know what concatenate means.

I looked it up and I think it means that I put them together, how I dont know yet.

BTW, I got this message after trying to get Fusion 360 to do a NC program with tool change for the MPCNC… should I worry about it or just try and see what happens?

I think it means that I put them together, how I dont know yet.

There are a couple of ways to concatenate files. G-code files are text files, so you can open them using any program that deals with text. On windows, Notepad works just fine. There is probably some sort of code editor associated with .gcode files, so if you double click on the files, they will likely open. To use an editor to concatenate files, open both files in a text editor (separate windows) then copy and paste one file at the bottom of the other. Save the file and you are done.

A simpler way (once you have figure it out) is to use a command line command. There are lots of pages on the web that describe the process. Google “How to concatenate multiple text files into one in Windows.”

BTW, I got this message after trying to get Fusion 360 to do a NC program with tool change for the MPCNC… should I worry about it or just try and see what happens?

Not exactly sure what you did. If you used Setup/Manual NC then it does not work. I tried several commands from this menu, and nothing appeared in the .gcode file. I don’t know if this is because I have the “personal” version of Fusion 360, or if it is an issue with the Guffy postprocessor. Beyond that, Fusion will not let you combine files with different bits, so even if NC commands worked, you’d still have to figure out how to concatenate the files.

In my opinion, on the MPCNC there are a lot of reasons to not put a bit change into a single g-code file and instead use a single file for each bit and just run them one after another. While I can think of a couple of reasons you might want to pay for Fusion 360, solving this particular problem is not one of them. In particular, I’m not sure you are going to get what you want out of a combined file with a bit change. 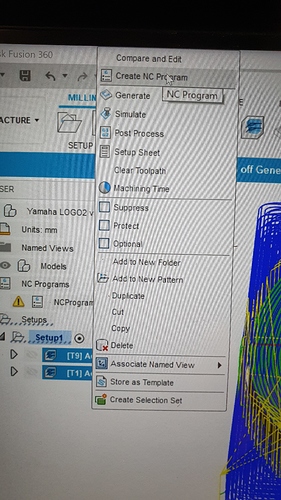 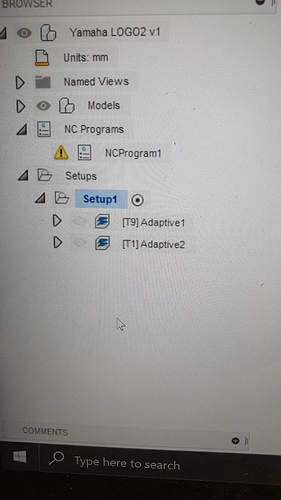 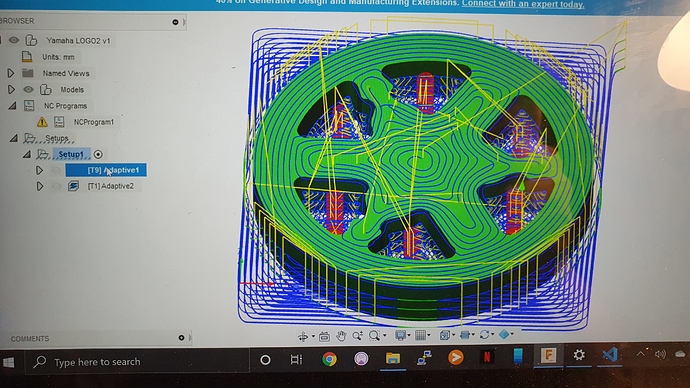 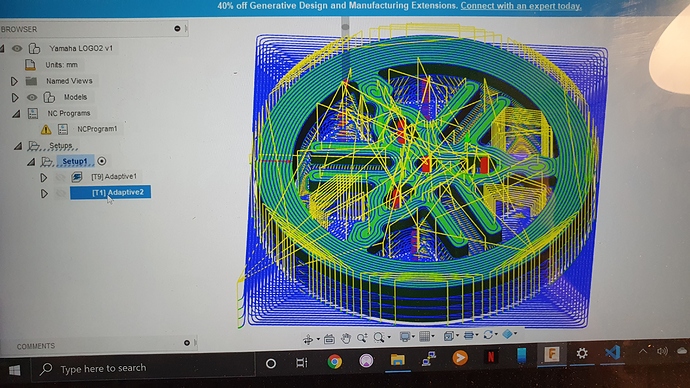 Inside the toolpath, there should be a checkbox for only machining what’s left. I don’t remember which tab it’s on or what it’s called.

David you ROCK!!! I found something called rest machining from previous operation. It seems to do what I was looking for, it takes into account what the last toolpath did.

This is the one… 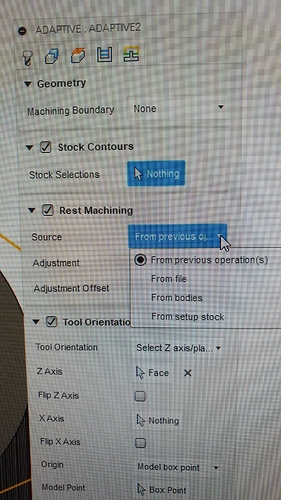 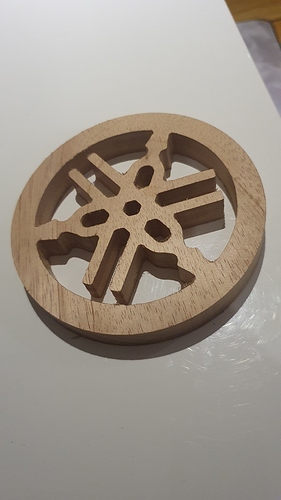