I want to upgrade from 6mm to 10mm to belt, teethes pulley and smooth pulley to help MPCNC running better.

A 20T pulley travels further for each rotation. The result is less torque when moving the router. I imagine it will make little or no difference in soft woods. You may have to cut hardwoods a bit slower. If you used this pulley, you will have to adjust the the steps per mm. That can be done by editing this line in configuration.h, multiplying the X and Y values by 0.8, and reflashing:

Or adjusting steps per mm can be done using using a M92 g-code. Once a change is made using g-code, firmware changes of these values will be ignored until a factory reset (M502) is done.

You can try, but in general, no.

I’ve looked at it, because those pulleys are more tricky to get ahold of here, too. I can do it, but they’re much more expensive.

If you can get the extra clearance in the trucks to fit them (this may take some grinding) you might get away with it. In which case you will need to adjust the firmware to change the steps/mm, since the the machine will go 25% further per motor step than it did with the 16T pulleys. This also reduces available torque, but that shouldn’t be too problematic

Actually, I just took a close look at my trucks and I will ammend my previous.

For the Primo at least, I think you could use 20T pulleys on the motors with little fitment issue. This is not the case for the ZenXY, where I think it would be flatly impossible, or the MP3DP, which I just did, where it required remixing several pieces. 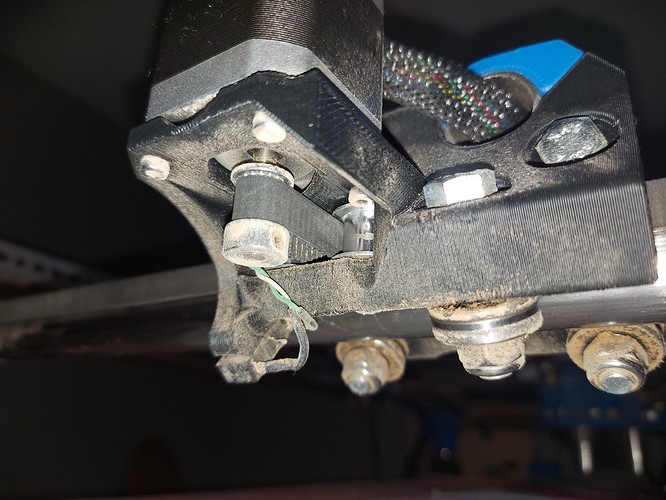 The Primo trucks have the pulleys relatively open, and are far enough from the idlers to have some room.

So with appropriate firmware changes, yes, you should be able to use the 20T pulleys.

It will be fine, but you will lose 25% torque. It just means your “envelope of good settings” is a bit smaller. If you get it wrong and the bit takes a big bite, you will lose steps where a 16T might not have.

With the 10mm 16T pulleys being hard to find (Even here, my best option is probably the V1 store, complete with cross-border shipping) if it comes down to it, the choice might come out to 6mm belts, or 20T pulleys.

6mm belts with 16T pulleys is something of a downgrade, but for reasonable spans, this is probably not a bad choice. Use some washers to center the idlers for 6mm belts, center the 6mm belts in the Primo belt ends, and the firmware will work out of the box. There are some downsides, but it will probably be closer to the original function, since the belts shouldn’t stretch in any reasonable operation. You might not want to use the machine to compete in the CNC drag race though

the 10mm 20T pulleys would be my second choice. Re-configuring the firmware isn’t that big a deal. The loss of 25% torque isn’t great, but if your power supply will support say 1200mA current instead of 900mA, that will more or less come out similar. (I have mine set for 1200mA right now. It’s more than I need, but the motors will take it and don’t get too hot.)