Hello, my name is KWADWO. Im from Ghana. I have little to I no knowledge on this subject. I only have a diode laser engraver. I howerver feel i have watched and read enough on this site and youtube to plunge into this project. I have bought and secured most of the parts except the mother board and the router. I have found 2 motherboards in my budget range but i do not know if they would work well for me without unnecessary tweaking.

I am not able to get the skr v1.2 for some reason. I also cant get the dewalt nor the Makita router. What i have is a trimmer from a brand called Ingco. How do i make it fit on the plate.

I also have Bigtreetech Octopus 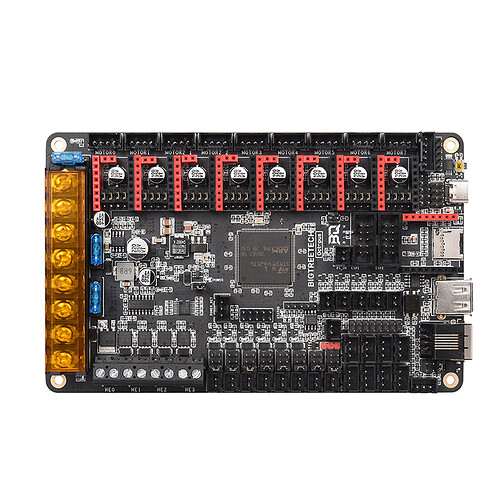 I know some people have used the SKR 1.4. Some peoplewere looking at the Octopus, but I don’t know where that ended up. I think that the V1CNC_Skr1p3_* configurations work for this, but since I don’t use this board, I am not 100% sure on that. This can use either the TMC2209 drivers or the DRV8825 drivers.

A RAMPS board or a clone of it should be easily available and inexpensive (I used an MKS Gen L v1.0 with DRV8825 drivers at first, until I replaced it with a Duet Wifi.)

It will be significantly easier to get up and running with a board that you can get direct support for in the marlinbuilder releases page. Even the community supported boards should be pretty good.

Mounting your router may be possible using one of the many available mounts already available. For example the makita fits many 65mm mounts, as do 65mm vfd spindles fit on makita mounts.

It is also possible your router has a shape that may actually need a custom mount. If this is the case, I may be able to draw you something in cad that you could print out to mount your router. I would need accurate dimensions though, preferably isometric drawings if available.

Btw, I have a Gtr board on my printer. Those are getting harder to buy around here. That is not a good thing for Cnc support.

Ok thanks. I will revert to you once i get my hands on it. I howerver still want to know if it will help me. These are the specs.

It doesnt have variable speed. 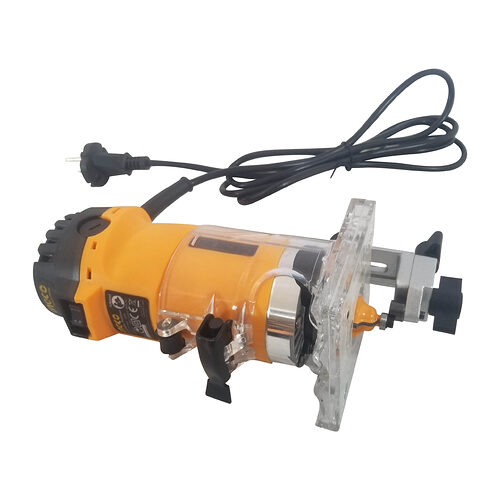 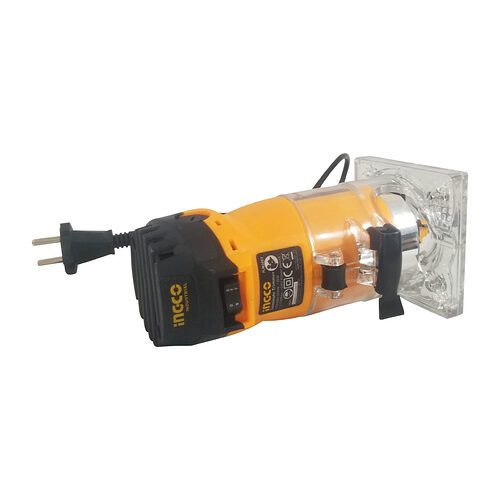 Thanks Boss. I think i can get hold of MKS Gen L v1.0 with DRV8825 pretty easily here. Is it 32 bit. I had earlier wanted to use a ramps board but was told it will be slow since it amy not be 32 bit

For most CNC work, 8-bit boards work just fine and are not a speed issue. There are exceptions. For example, if you plan on doing laser engraving, then you can engrave at a higher speed with a 32-bit board, but most router work is slow enough that a 32-bit board does not provide any benefit.

I have concerns about your router. It will work, but:

As for the board, there is a hierarchy of potential difficulty in getting the Marlin firmware working.

The further down the list you go, the more likely you will need to put in significant amounts of time getting your board to work, though, based on forum posts, usually people do succeed. While it is an 8-bit board, V1 does maintain a version of Marlin for the Ramps 1.4 board using DRV8825 drivers.

Yes, a 32 bit board is faster, but this is good enough. I went to the Duet Wifi (Which is a 32bit board) primarily for the wifi connectivity.

One thing that the 8bit board does suffer from is doing arcs. The floating point processor on the Mega 2560 is a little weak, but the arc commands can be turned off in the CAM software, and you won’t see a difference in the finished piece. (This basically just offloads the calculation of turning the arc into steps that the machine can use from the control board to the computer that you use to do the CAM.) The RAMBo was one of the most popular boards here and it’s an 8bit processor.

I recommenced the Gen L v1.0 because it’s inexpensive, readily available most places, and the V1 pre-compiled software for it just works. It’s best paired with a RepRapDiscount full graphic (12864) controller for V1 machines.

Wow, thanks so much. This community is awesome.

How fast are you lasering i have been using a Uno and run 1600 mm min with no problem the trouble i have is the laser will not burn at anything faster i can move at 6000mm min but the laser isn’t strong enough to mark then. I may have taged the wrong reply sorryyes the 8 bit has worked great for me so far

32bit and modified buffers can do 6000 mm/min with some minor slowdowns depending on the resolution… about 3500 without slowdowns. Those slowdowns are also of no consequence (other than time) if you use grbl “laser mode”. So you can crank the scan speed to equal your rapids, and grbl will adjust both feed and power as needed if buffers get depleted.

Another note there are 1/4 to 1/8 adapters available that work ok. They aren’t as good as a well made 1/8 collet, but can allow use of 1/8 shank in a 1/4 collet. I have an adapter made by Amana that has worked well on my Bosch colt. There was not a big diff cutting pcb traces with that vs my 1/8 er11 collet on my new big spindle.

Not sure if this will ship to you, but I have been using this with good results, it’s a makita clone. 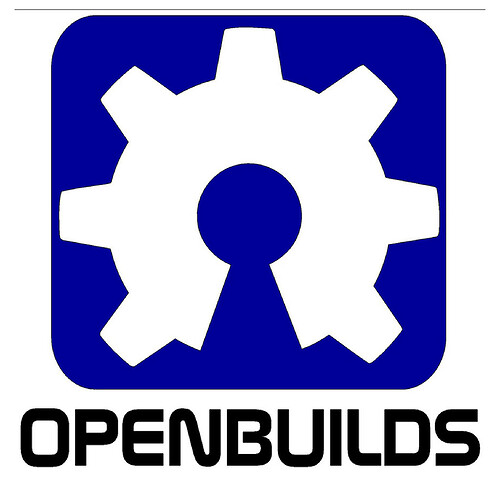 @aprettyparrot i checked the link you provided and i must say the shipping alone will set me back about usd70 bringing the total to over usd200. Thats waay out of my budget range right now. I need something that can work for a while then upgrade it later when im financially stable

Bummer, You could probably get away with a Dremel temporarily? Not sure if anyones tried one a MPCNC or Lowrider.

Or just look for any wired handheld router, you can always make a mount for it.

I am not sure what is available in Ghana, but I have seen a lot of different motors used for Cnc. If you only need lightweight cuts, a motor system for a remote control car or aircraft may work. Even a 540 size motor with good bearings can do a lot. A mount can be made for anything really.