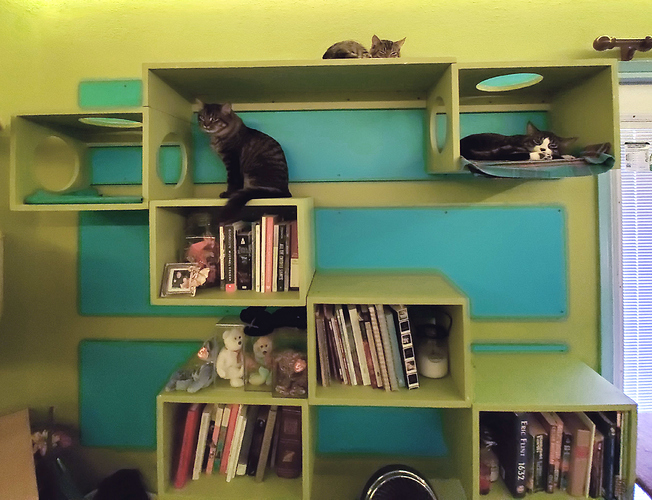 CatWall3510×2688 1.42 MB
Here is a cell phone picture of my most recent CNC project. My young adult daughter lives in semi-rural area, and three kittens showed up and took up residence under her deck. The mother had not been around in a couple of weeks, and she appeared injured the last time my daughter had seen her, so my daughter decided to trap and adopt the kittens. She asked me if I could construct a “cat wall” for her. Something that would be a combination of cat tree for the kittens and usable shelving for her things. This is what we ended up with. It grew more organically than by design.

The CNC part was boxes and other corners constructed with finger joints…lots of the same finger joints over and over…and a few big holes. She is talking about changes and additions to the wall, but having just used up a second sheet of plywood, it is time to at least pause the project.

Nice, they seem to love it!