Any tried CorelCAD with regards of easy to learn and capabilities?

I wonder because there is a included on a current Humble Bundle offer, and you can get it for $26 with a bunch of other gfx programs. Like PainShop Pro, Corel Painter and CorelDRAW, with a bunch of brushes and stuff.

$26 for the whole Corel suite…My how the mighty have fallen.

Edit: its actually $30 to get everything.

Hmmm, PainShop Pro… I’m sure there is an audience for that… Next project? 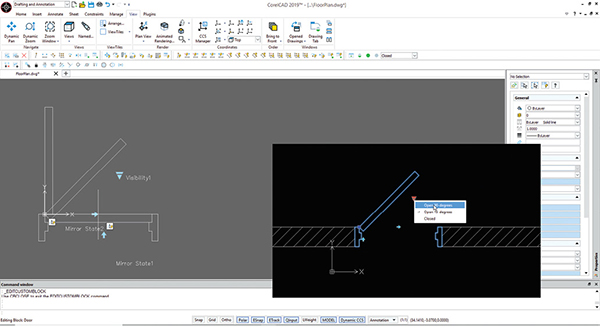 CorelCAD 2019 adds more AutoCAD compatibility. Its low cost and similarities to AutoCAD continue to make CorelCAD an attractive alternative for those on a budget..

At this price it might be worth a punt…

That was perfect timing. I just canceled my yearly Draftsight subscription that ends next month & was looking for an alternative. It is working perfect for me now. I had to hit CTRL+9 to get the command line window to show up. Looks like it even has lisp support which you do not see in a lot of the AutoCad clones. $30 for a one time fee is a lot better than the $90+ a year for the Draftsight.

Off topic, that a berner in your profile pic? I have 2 myself.

Edit: its actually $30 to get everything.

That is correct, we current 2 Bernese and one Welsh Corgi (pembroke)

I grabbed the bundle to try out CorelCAD, so far it’s not bad. I’ve looking at some youtube video tutorials. However, this is not the most recent version, you can export STL files but I don’t think you can import STL files.

I found a trial version of CorelCad 2019 here 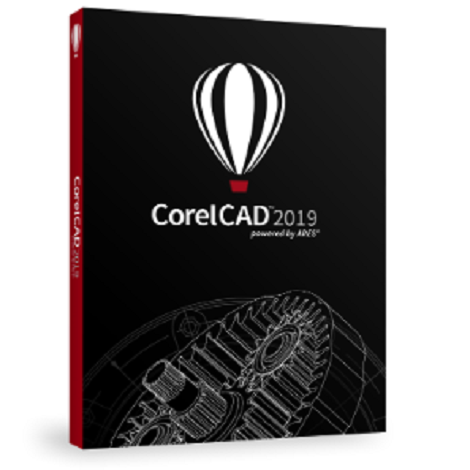 I’ve downloaded it and am trying it out but I am not an expert in CAD. I don’t want to spend money as I keep buying these bundles and finding out I never use them.

First impressions are <gulp>, there’s a lot of menus and a lot of panes… Lets give it a go and try and make something.

Looks pretty similar to the Draftsight 2020 menu & some items are in a different spot. Here is a screen shot of the 2 programs main menus. with the CorelCAD menu on top.

This program is more for 2D drafting than modeling since it is usually considered a 2.5D program. I would not really use it for 3D Modeling. Before switching to fusion 360 a year or so ago, I was doing all my 2D geometry and calculations in Draftsight & the 3D modeling in openscad. I still use it some for 2D sketches for Fusion when it is easier to draw in Draftsight than in Fusion. Some repetitive tasks are easier in Draftsight, like copying geometry multiple times without having to click the move/copy tool each time.

They do look similar. My major concerns are:

It’s sitting on my Mac fired up but in the background. I may try and recreate my parameterised knob generator again in CorelCad as thats pretty easy (or I think it is).

Hum hum hum… seems like the reviews are decent enough. I don’t have time to delwe deep into corelcad or openscad… Is this bundle worth getting, or could openscad be sufficient??

It depends on what type of files you are looking to create. From my experience, if you are just doing 3D print files (STL), openscad would suffice. If you want to create 2D .DXF files for cutting, corelCAD is probably a better choices. That said, openscad is a bit different than most 3D modeling software in that you describe the geometry similar to the way you write a software program. I personally used a combination of the 2 programs using the Draftsight (CorelCAD) to figure any geometry calculations I needed to put in openscad.

Having used CorelCad 2019 for a few weeks now, the biggest difference for me is this is missing the SETVAR command. Any of the lisp programs that use this command, I have to comment out or find a work around. Still worth the difference in price to me for what I use it for. The system variable that got me was GETORGACTCS which is only needed if current coordinate system is not world. In my case, I just commented that out of my lisp program as I almost always have it set to world.

I have been using this CorelCAD 2019 bundle mentioned awhile back for about a year now with only few minor gripes about it. It occasionally gives an error and will not open until I reboot. Probably a conflict with one of the other programs I run. It also does not have the system variables like draftsight has & if a lisp program uses a system variable that lisp program will not work. I just came across a reasonably priced perpetual license intelliCAD alternative at $250 or $350 with additional 3D features. Compatible CAD Software for .DWG files - CMS IntelliCAD - Compare CMS IntelliCAD vs Autodesk AutoCAD They give you a 20% discount after downloading the 15 day free trial version. After I test this for the next week, I will probably buy the version with the few more features and hopefully will be able to use it for 5 years or so before upgrading again. I mostly use the CorelCAD to for 2D geometry, but with the additional 3D features maybe it will change my workflow some.

The Draftsight & CorelCAD are probably based on the same core software from Alternative CAD Platform | IntelliCAD Technology Consortium When this intellicad 1st went open source many years ago, the source code was free, but that changed very quickly. I probably have that original source code somewhere & was able to compile it & worked just like the intellicad 98 by Visio I had bought. I actually used that opensource intellicad to troubleshoot AutoCAD DWGs that would not open in AutoCAD. I could usually open the file in intellicad, save it as DWG or DXF (if DWG didn’t work) & then be able to open it in AutoCAD.