Hey everybody,
I have seen questions about spindles come up relatively often on these forums and thought I would weigh in with some of my experiences. I have used the recommended DeWalt DW660, a 500W DC brushed spindle with an ER11 collet, and a Makita RT0701C Trim Router. I have tried to lay out some relatively unbiased pros and cons for each option below, but I will give my opinion here. The DW660 is definitely capable, but I think the Makita is a better option if you are trying to improve the performance of the MPCNC (without stepping up to much more expensive options like a VFD spindle or a Kress). It absolutely chews through wood and the lower RPM options make it very suitable for metal and plastics. I would not recommend the 500W spindle unless you really need to limit noise and are only planning for engraving and light cuts.

More Info:
DW660:
This router works well, and I was able to easily cut wood and plastic, as well as a little aluminum.I hooked up a triac dimmer in line with the router to give me some speed control. I found that this helped to reduce speed and limit noise. However, this method definitely seems to limit the torque and I would often hear the spindle slow down pretty dramatically during heavy cuts if I had the dimmer below ~80%. This drop in RPM resulted in a rapid increase in chipload, exacerbating the problem and leading to chatter and some pretty gnarly cuts. This is can be completely overcome with careful CAM, but it does limit the material removal rate you can achieve. Overall, this spindle definitely has the most power per dollar and is a great option for the MPCNC, but the lack of speed control (could be solved by Ryan’s PID) limits its performance.

500W DC Spindle:
I work out of the basement in a house with a few roommates and I found that the DW660 was too loud to use many times after work. I purchased a 500W DC spindle on Bandgood and gave it a shot. This is far and away the quietest option, although everything makes noise whIle cutting. Right away I ran into issues with chatter. I found that I needed to drastically cut back on my feeds and axial and radial DOC, and even then I ran into issues with vibration and chatter. I initially blamed the chatter on flex in the z-axis, but after extensive tuning and redesigning mounts to get as close to the axis as possible (green mount below) I was still running into chatter. I should probably check the runout. As with the DW660, careful CAM can definitely overcome some of these issues, but I am just unsatisfied with the performance at this point.

Some additional discussion of this spindle including a documented teardown: https://www.v1engineering.com/forum/topic/500w-12000rpm-spindle-not-enough/

Makita RT0701C:
I initially assumed that trim routers were too large, and would stick out too far from the z axis, but after picking this model up at the hardware store I was impressed by the small size. All of the mounts on Thingverse seemed to space it needlessly far from the z-axis, but after a little CAD work I was able to get a design together (blue mount above) that puts it ~1.5 mm closer to the axis than the DW660 (red mount above). I have been very impressed by the power of this router and have been able to cut faster and deeper without any loss of RPM. This router is just as loud as the DW660 at full speed, but when you turn it down the noise drops off significantly and it is much quieter than the DW660 (even with a triac). The router doesn’t come with a 1/8” collet and they are pretty pricy if purchased from Elaire. This option allows me to squeeze a little more performance out of the MPCNC. 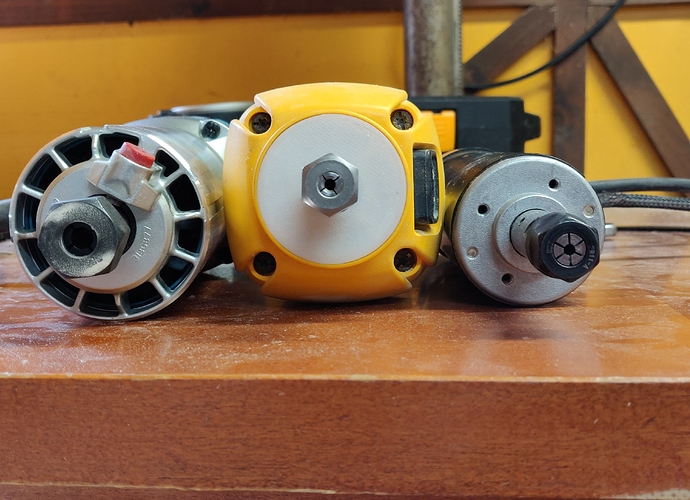 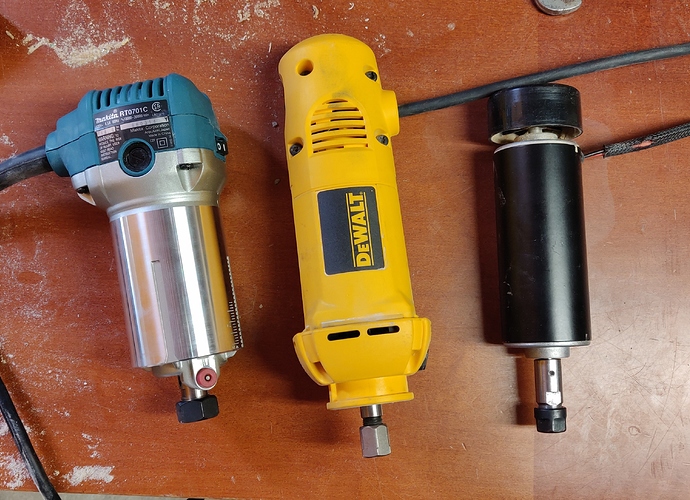 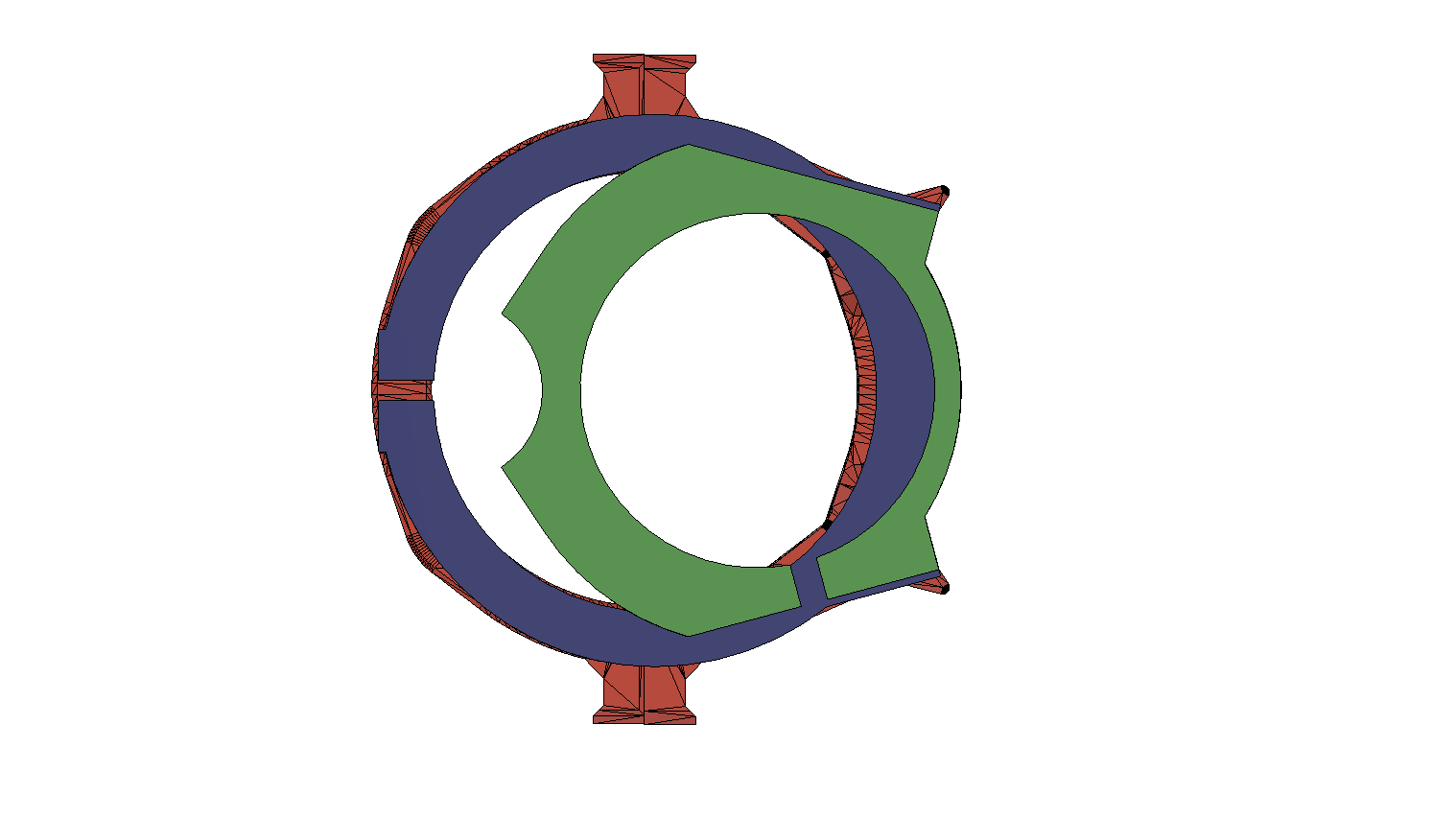 I switched to the Makita recently, from the 611, because of its 10k rpm minimum speed, much more useful, IMO. I just use the collet reducer from rockler to get it down to 1/8" it’s literally like $5 and worked great on my 611 and the Makita.

Nice, thanks for that info. I will have to try one one of these days. I assumed the big hand end of it would push it out further than the 660, awesome that you actually got it a little closer.

Aaron: Thanks for the tip. I just ordered a reducer and will give that a shot.

Ryan: It is barely closer than the 660 mounts, and I used absolutely all the clearance I had between the bolts from the XYZ plates. I am using the slightly older 525 version, but I would assume it will work with the Burly edition too (the bolt locations appear identical).

If anyone is interested I just put the model up on Thingiverse: https://www.thingiverse.com/thing:3500550

Has anyone tried out one of the clones they make of the Makita (Katsu, MLCS Rocky, Powermax etc)? They make the price much more comparable (~$50-70), but I have no idea if the quality is up to the standards of these name brands. 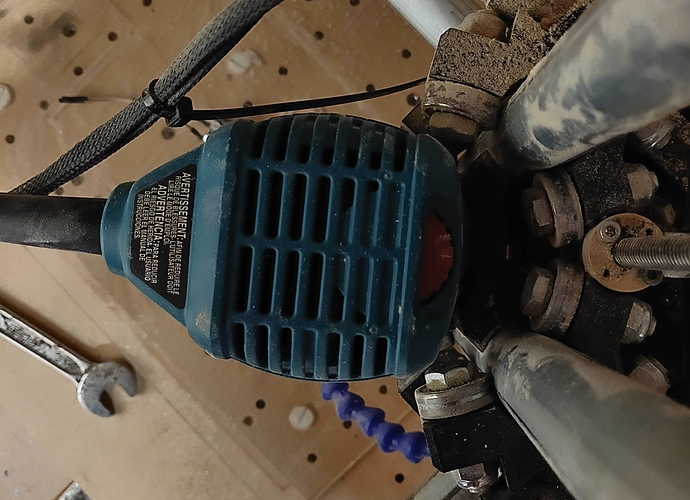 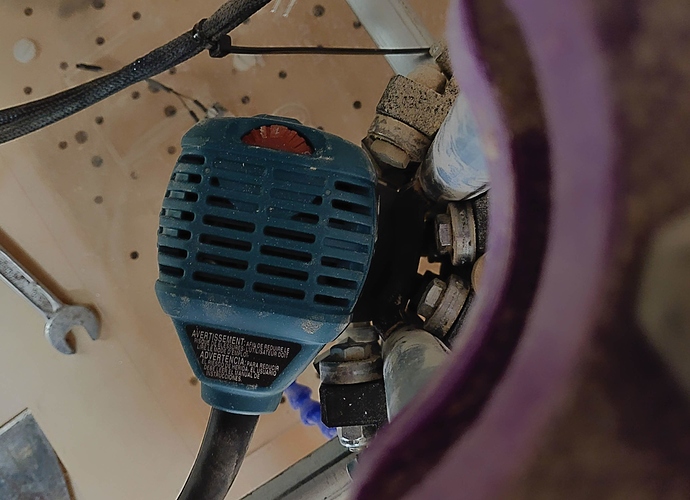 I am planning to try to use RT0701 makita router as I already have two of these in my garage! I reviewed the thingiverse print but did note in the readme file the recommendation for PETG because of heat concerns. I’m also fairly new to 3d printing and haven’t done anything besides PLA although trying PETG could be an option.

I have two questions:

1 - would a dual clamp system (universal 65mm) instead of the solid body be enough to dissipate heat build up causing problems with PLA?

2 -I found several 65mm cast aluminium mounts on amazon for ~$20. Should I look into this route or is the weight not worth it? All of these have a flat back that doesn’t mount really well to the tool mount plate.

Thanks for the summary, Eric. I just finished my MPCNC build and did my first drilling with a newly bought Makita rt0701c. What I noticed was that the Z-axis lost height during the machining and I blamed it on the substantial 1.9 KG of the Makita, so I sent it back and ordered a smaller Makita with only 1.4 kg, but admittedly also just 500W. I wonder if you or Ryan or anyone could comment on this issue of losing height during milling. Starting at 0,0,0 the program worked with 5mm retraction from the surface when moving between drilling holes. At the end, after drilling the 24th hole and when homing, the drill bit slightly touched and scratched over the surface. So it must have lost almost 5mm during the whole process. Is this an issue of the stepper motor not getting enough power? Any constructive comment appreciated.

That typically only happens with incorrect Z rapids, or a Z axis that is binding.

After a LOT of humming and hawing over this your review finally clenched it… I JUST NOW ordered an authorized refurbished Makita RT0701C for less than $80. (let’s hope that “authorized” truly is authorized)

One of the things I had not realized… I had THOUGHT that the Makita was physically, significantly LARGER than the Dewalt… Nope! Nice to know!

Thanks for your run-down!

I have everything printed and purchased now but still have to assemble everything!