So I’m trying to teach myself Fusion 360 off of Youtube and simultaneously learn how to operate a brand new CNC at the same time.

The very first ever cut! (yes I know I’m suppose to start with foam but I yolo’d it)

The lead in to the first cut is borked. I’m trying to figure out what I did wrong there. I’m using the guffy’s marlin 2.0 post processor without changing anything. I set X and Y to where I want, and then let the machine home Z with the probe. 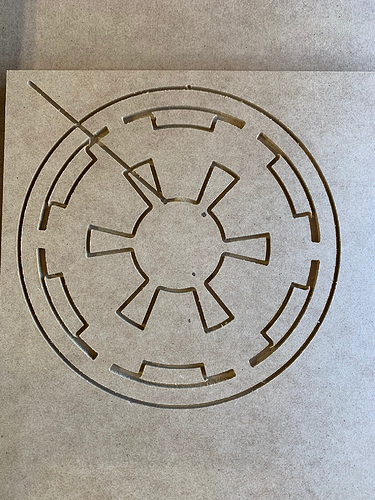 Without seeing how you setup your cut, it is hard to know what is causing your problem. There are a few things I see here for you to consider:

Z probing - Most of the time I see z probing done as a separate operation rather than part of a cutting file. Just to eliminate some complexity, I recommend turning off z probing and setting your z height by hand. Just put a piece of paper down and lower your router by twisting the lead screw by hand until the paper is just dragging on the paper. I turned off my auto probing and homing by changing the following parameters (in blue) in the post processor: 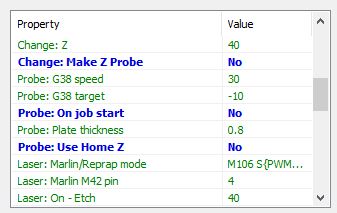 After you get a few successful cuts, you can turn Z probing back on or run it as a separate operation.

I’m not sure how tall your touch plate is, but this line is assuming it is 0.8mm tall.

Recently Fusion 360 placed more limits on the Personal License user of their product. One change for CAM was the removal of rapid movements. In previous version of Fusion 360, the Z movement would have been a separate line of g-code. Now it is folded into the XY movement. But this is a problem for the MPCNC. The lead screw for Z cannot move as fast as the belt driven X & Y. In other words, 1000mm/min (F1000) is too fast for a Z movement.

The fix for this problem is to add a M203 - set maximum feedrate. This g-code takes parameters in mm/sec where most other places feedrate is set at mm/min. For now I suggest you keep your Z feedrate at or below 480mm/min (8mm/sec). So to get up and running, just add this to the top of your file g-code files:

Note that the resident Marlin guru on this forum (Jeff) indicates that this value is one of the values saved when the M500 g-code is executed. While I’ve not tried it, you should be able to make this change stick even if the electronics are cycled by running this once:

Note that if you are moving your router electronically rather than just dragging the router by hand, you are missing g-code that establishes the router’s position at the start of the cut as the origin/home position for the cut.

I suspect your cutting issue is the feedrate problem I mentioned, but there are ways you could have setup the cut in fusion that would cause this kind of problem.

Wow Thanks! I’ll give these suggestions a try.

Eh no good. Made it worse.

So we need to take a closer look at how you setup the job in Fusion 360. A few of ways I can see this happen:

Item #2 is most likely. I’m assuming that “G1 X74.878 Y93.39 Z15 F1000” is the travel move that is making the cut into the material, so the machine thinks it Z=15. Note that if this is the problem, the rest of your cuts should be significantly deeper than expected. Are they?

I assuming that you removed the z probing and are now doing that by hand without using any electronics to move the router. I also assume you’ve checked the bit to make sure it is not physically dropping. If you choke up on the bit in the router, the collet can have a difficult time clenching on the bit.

If you like, I could take a look at your file and probably figure out the problem quickly. If so, save your Fusion 360 project to your local machine, put it in a ZIP file, and attach it to your question.

@robertbu you were exactly 100% right about disabling Z Home in the mpcnc post-processor. 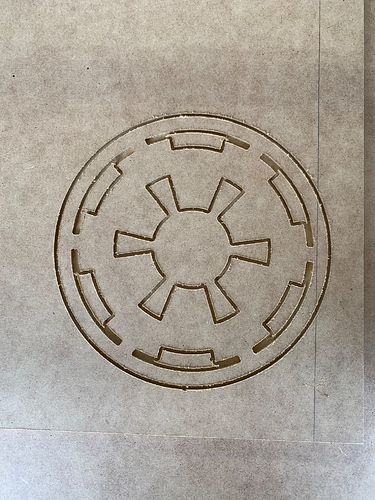 I’m glad you got it working. Now there we know that z probing was the problem, I went back over the g-code you posted. While I see a couple of things, I still cannot reconcile the behavior with the what the z probe g-code is doing.