Hi guys i had a strange problem when a tool change happen. I use Fusion 360 and your custom cps file for post processor. I setup all the tool in the tool section and prepared the tool path. When simulate everything looks good. I take the gcode putted on a sd card and ready to go. First Cycle all good nice and shine, than a toolchange accour. I swapped my tool putting in a new one longer than the first make the cycle start and… BOOOM tool crash into the piece. I have double checked every single pass (tool dimension, clearence heigh top height) everything looks fine but when i hit the buttot continue toolcrash… Is like the software ignore that the tool 2 is longer than tool 1. Any suggestion? i can post the gcode and all the file if needed. The only solusion i’ve got to make it running for now is setting up tool 1 at the same distance of tool 2 but this cause a lot of scary vibration to a tool and it’s pretty dangerous.

Thank you guys and enjoy the best Hobby CNC ever seen 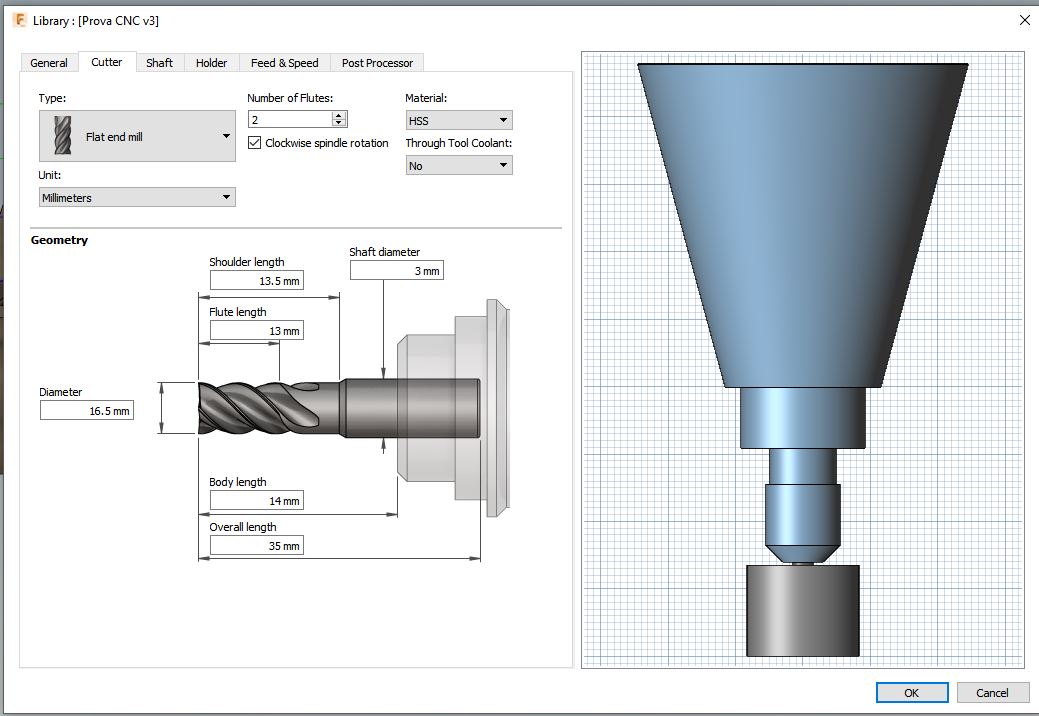 AFAIK, there isn’t much hello here for the first post processor. It did start here, and there are frequently people picking it up, but the regular supporters all use EstlCAM.

However, it sounds like maybe you’re not sting your origin correctly. If the machine thinks 0,0,0 is in the spoil board, then it will find into the work like that. You need to reset the zero to the top of the workpiece.

You’ll need to rezero the Z with the tool change. The machine doesn’t know where the end is.

My workflow is as follows:

First I save each tool as a separate gcode file (project_tool1.gcode, project_tool2.gcode)

Then I move the tool to the zero point of the project and zero out xyz.

Then I change the tool bit and move it back to the 0,0,0 point and re-zero the machine.

I had some pretty good luck with the fusion360 preprocessor (I was using it on Inventor and not F360), but I’ve gotten to where I use ESTLCam for most of my 2.5d work now too.

I do think that the Fusion360 CAM did a much better job of reducing random travels than ESTLCam does. I did a large v-carve and ESTLCam had the tool traveling full length to get to carves on one side to the other a lot more than F360 did, but ESTLCam was a lot easier to setup the carves.

Also I assume you need to put the tool length into your Fusion 360 Tool Library. Have you done that?