I was wondering if there is any easy/cheap DIY solution for creating a very big heated bed ?
My CNC bed is about one square meter, but most commercial heating beds are only 30x30 cm.
From my experience, big PLA prints are warping if I don’t use a heated bed. My CNC’s purpose will be to print huge things, so a huge heated bed will be necessary.

I’m wondering if anyone already did this, if you have some interesting links to share or valuable experience.

For now, I’m considering building a heated bed using aluminum sheets and hot water circulating inside. Ideally, I would need to reach about 60 degrees celsius, but it needs to be homogenous and quite constant. The advantage of hot water being that it has quite a bit of inertia, which helps with monitoring. The inconvenience is that it is hard to control the heat flow and I believe I may need several heat sensors, so managing them will be an issue.

Boy, I don’t have many suggestions for 1m square, it would take nine of the 30cmx30cm silicone pads to drive that side, and you’d need a boatload of power. Maybe something from the in-floor heating market? I would guess 90F would be doable, I don’t know about pushing for 60C. PLA seems to do fine at 40-45C with blue tape, from what I read.

Try slicing your design, and look at the print time, if you haven’t done already,…

Multiple heat beds is indeed a solution who could have its advantages:
-Possibility to activate only the areas I need
-Technically easy

But there are also inconveniences:
-Difficulty to have them well aligned
-Huge electric power needs
-Possibly more expensive
-Most commercial heaters have borders without heating elements, so some spots will be colder than others.

I plan to print on glass. I don’t use blue tape since it is a real pain to use when you print a lot and it gives a pooor surface finish to the part. I print directly on the glass, after putting some glue stick glue. I never had any adhesion problem or warping so far so I would say that this technique is perfect.

I use a 1.2mm nozzle, so it should actually be fast enough. I could modify it to an even bigger diameter if it turns out to be too slow.
I wouldn’t do that with a 0.4mm nozzle for sure

Also, if the printer is reliable enough I don’t really mind to do prints that last more than 24 hours. I’ve done quite a lot of very long prints on my Delta and they worked out fine so far.

Good, you have considered it.
It would just be a shame to make a big bed, only to realise that scaling a 6h print 100% in size would take a week : )

Instead of water pipes maybe you could maybe use a kiln heat element, these are not very expensive, and possibly easier to control ? 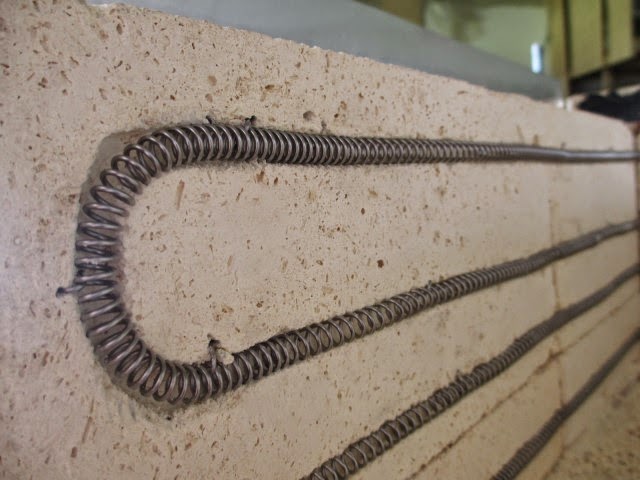 At the Maker faire there was a printer that could make human sized prints. It had a 3mm nozzle, and it took the pellets as input.

If you had separate zones, you might get more consistency. Even the original prusa uses three zones on a 250mm bed. Having a separate PID for each area might really help.

If the water is coming in through pipes, then it will definitely have a slope to the temp of the water, with the first part at the highest. If the water was exactly 60C when it entered the bed, then it loses some energy heading the beginning part of the bed. Then the rest of the bed would be heated by slightly lower temp water, etc. If you started with warmer water then you’d have a similar slope, but the beginning would be hotter but you’d still have that slope. This sounds like a job for some thermodynamics. The math would be easier with pipes, but it would also be interesting if you could somehow construct a big plane of water, but it will still have an enter and exit and a gradient.

I’ve read that ±5 degrees is no big deal. And also that 60C is the temp of the bottom of the aluminum not the surface. The ideal surface is something like 55C.

The other interesting thing is an enclosure, if the ambient temp was also 60C, and well insulated, you could get by with a lot less energy consumption. Otherwise, you’ll be hearing the whole room to 60C, and you might actually feel it with something that big.

Oh, you could measure the temp of the water as it exited. That might be a good indicator for when to start the print. This is going to make some interesting challenges. You should document it well. It will be very entertaining.