Help me make sense of this TFT35 behaviour

Started doing some production work on my Lowrider2 build, very happy so far but I’m running into some issues. I’m using the SKR 1.2 PRO with TFT35 e3 v3, 2209 drivers wired in serial.

When powering on in touchscreen mode, I get the touchscreen reacting normally to inputs however when going to the Move screen I get the following: 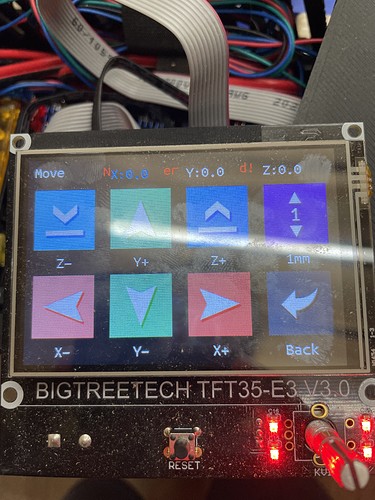 IMG_53893024×4032 3.21 MB
So it sais N er d! near the coordinates. I’ve had this before but usually it disappeared after a second or two but not it stays here for a lot longer (about 30 seconds), the Lowrider doesn’t respond to any movement commands.

Then it finally shows X Y Z but I can only move it one increment and back. So, if I have selected 1mm increments I can move all axis +1 and -1mm. The rest of the commands is ignored. 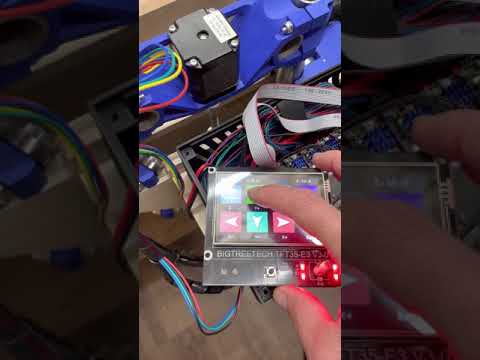 In Marlin mode I can move to machine over the complete range.

I triple quadruple quintuple checked the wiring, all seems to be good.

Looks like under the move mode, is the “No Printer Attached!” message.

If it works in Marlin mode, then it’s not the SKR firmware, or the wiring to the machine. This probably also means that the machine won’t give you any trouble with running Gcode from the SD card either.

I don’t think that it would be the TFT firmware either, so that pretty much leaves the black cable that attaches the TFT to the SKR board. Chances are that the TFT isn’t getting valid responses back from the mainboard. Not sure why it will even let you do the singe moves in that case, but it seems to be pretty sure that something is not happy there. Some people have had trouble with the cable itself.

Just took another look at your video, and before you go to the navigation, I see that it does have the “No printer attached!” message on the screen.

For mine, tht message takes a few seconds to go away, after the screen is able to establish communications with the printer. While that message is up, touchscreen mode is going to be iffy at best. I’m actually kind of surprised that it manages any commands at all.

I’d strongly suspect a problem with the serial wiring (black cable) between the TFT and SKR board. You might also check that it’s communicating t the correct baud rate (250000) 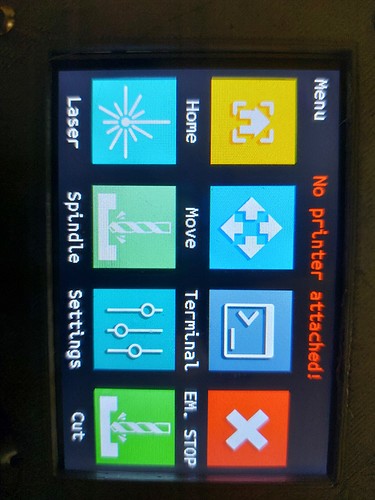 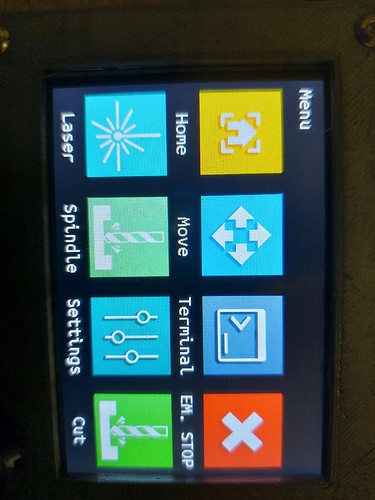 2nd vote for you are seeing “no printer attached.” If it doesn’t go away after 30s or so, look at the serial cable from tft to skr. When I bought mine I thought the 2 Grey cables were all it needed. I was wrong lol. Also the connector they put on that serial cable is NOT right for the port it goes to on the other end so its prone to slipping out. I bought some assorted jst connectors to fix it.

I’d strongly suspect a problem with the serial wiring (black cable) between the TFT and SKR board.

This was the case for me. There seems to be some QC issues with these cables. I ended up just using Marlin mode exclusively since that was what I was used to anyways.

Thank you guys for the responses, I think I might have a defective cable running from the TFT to the SKR board. I’m going to see if I can make it work using the Marlin mode. It’s a bit more clumsy but if it’s more reliable then that’ll be worth it.

Thanks all for the support! I really appreciate it!

Aw, man! I would be a little proud if my death-bot called me a Nerd!

I’m going to see if I can make it work using the Marlin mode.

Marlin mode is 100%, the touch screen is all experimental at this point.