My MPCNC “Hot Wheels” is now officially operational! It’s been a fun few months researching, printing, and now assembling. Yesterday afternoon I finished assembly, booted everything up and ran my first carve. 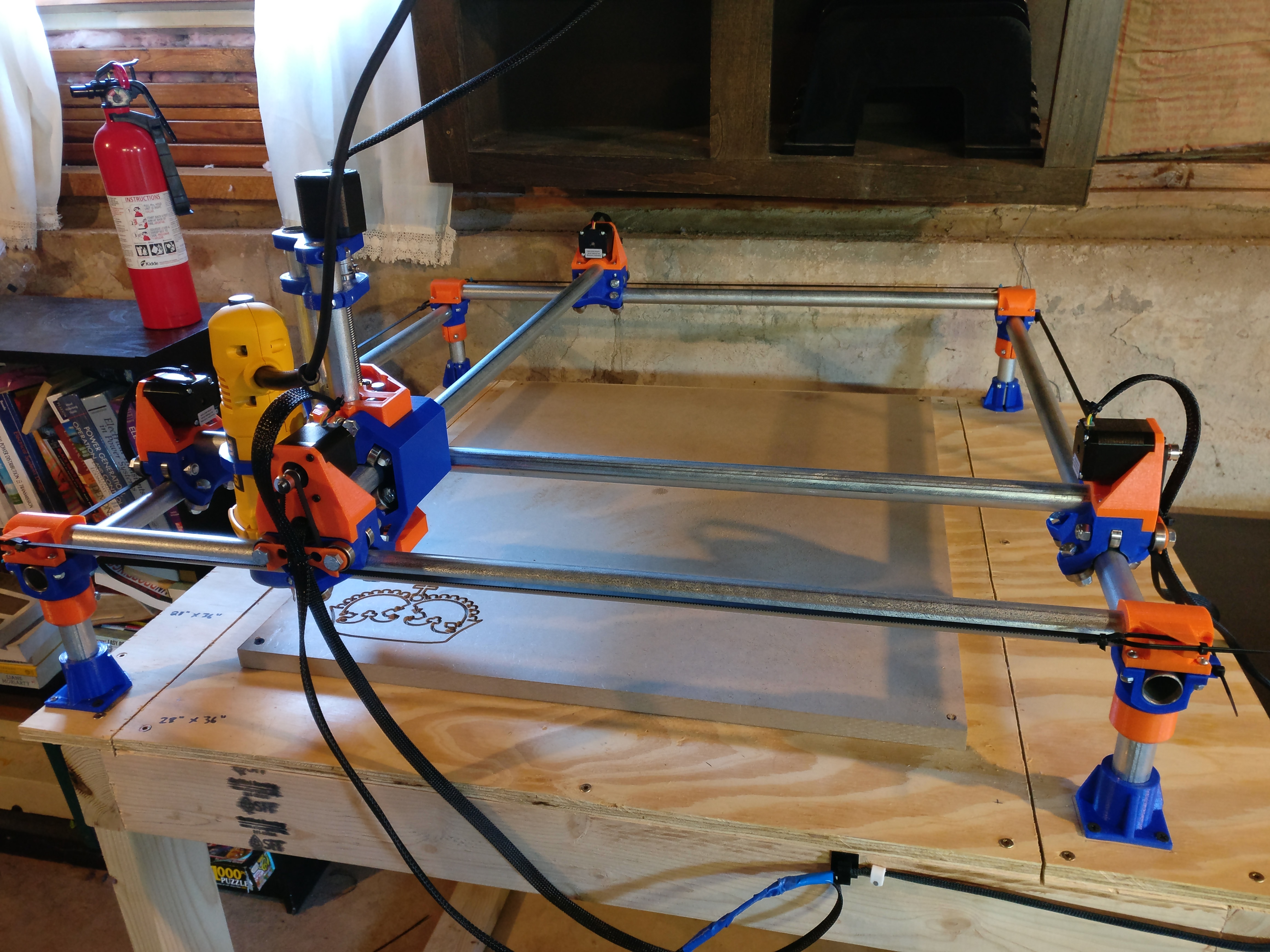 Being the impatient person that I am, I decided to skip the pen and start off with the DW660. (Mainly because I had already attached the mount and fit the DW660 and didn’t want to take it off again). For simplicity, I followed the basic tutorial and carved the crown logo into a piece of MDF.

I used a V-bit with an 1/8" depth pass along the crown pattern. I have tons to learn with ESTLCAM, but overall I’m considering my first test as a pass.

Prior to loading up repetier, I first used the LCD to test everything. I had to swap a few connectors around but otherwise everything worked pretty well in the X and Y directions. I did have some issues with the Z movement as it kept slipping (especially when moving up).

I had some bike chain lubricant handy so I greased up the T8 screw and while it improved it was still slipping. I think the set screws in the aluminum coupler were having trouble gripping the screw. I attempted to tighten those up and promptly stripped the ever loving crap out of one of the screws. Luckily, I had some short M4 allen screws lieing around and was able to replace the set screws on the T8 side of the coupler with those. I was able to get those nice and tight and the slippage issue stopped.

I still have a lot of improvements to make including but not limited to cable management, printing enclosures for the electronics and mounting them, mounting / wiring up the emergency stop button and printing / installing a dust shoe and vacuum.

I elected to install a cheap speed controller which appears to work really well. I went with this one from Amazon: 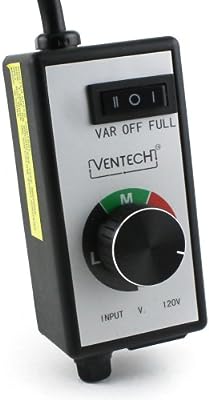 When not under load, the dial is able to bring the speed from full stop to full speed and seems to work really well. I’m not sure how well it will work under load yet. When making the MDF carve, I ran it on medium speed, but I have no idea what the actual rpm was and don’t own a tach to check. I mainly bought the speed controller so I’d have a easy stop / start switch and figured the speed control would be a plus if it worked!

Overall, this experience has been awesome. Thanks a lot to everyone on here who has helped with questions and especially thanks for creating / publishing the build plans for the MPCNC!

Awesome, solid looking build, and you got it dirty already…bonus points!