How picky are the pulley sizes?

Looking at my glass top coffee table, and at the leftover steel tube from my Primo build, and the pile of spare printer parts, and thinking I should be able to do this, I even have the .5" ballbearings and magnet. I’m left with one problem.

I have 20 tooth pulleys and idlers, since that’s what is common at the suppliers I buy from.

I see everything says 16 tooth, so the ones I have will be 25% bigger. I know with the CNC that would be a non starter, but not as sure with the ZenXY. If it’s NG I might invest in pulleys, but it would be pretty cool to build with what I’ve got. I’m sure I won’t miss a couple boxes of baking soda…

Since they are just idlers it shouldn’t matter as long as they physically fit. The ones that have to be correct are the actual drive pulleys on the motors.

But then again, all you would need to do is change your steps/mm in EEPROM config if the drive pulleys are different.

EDIT: Sorry, I just realized you said pulleys and idlers. The first time I read it as idler pulleys.

That should be fine. Maybe even better. You will have to change the steps/mm (if you care, it doesn’t really matter) and you will have 20% less torque, but be able to go 20% faster.

FWIW, it isn’t quite a non starter on a CNC either, you just will lose 20% torque. Many other issues cause losses like that and are not noticed. The working envelope is pretty big, really.

It’s the amount that it shifts the belt position that I’m concerned with. I see that the MPCNC could probably have dealt with the 20T drive pulleys fine (Still happy that I went for the 16T ones for plug 'n play firmware though)

In this case, there are slots for the belt to fit though, so the bigger pulley alignment might be off somewhat.

Well, I suppose that I can print the parts and see. I’ll be printing in PETg. Motor mounts and corners are printing now. Printer says another 8 hours I think. Tomorrow probably I’ll print the sliders and center.

I don’t have the spacers either, but Amazon does.

I just printed mine. 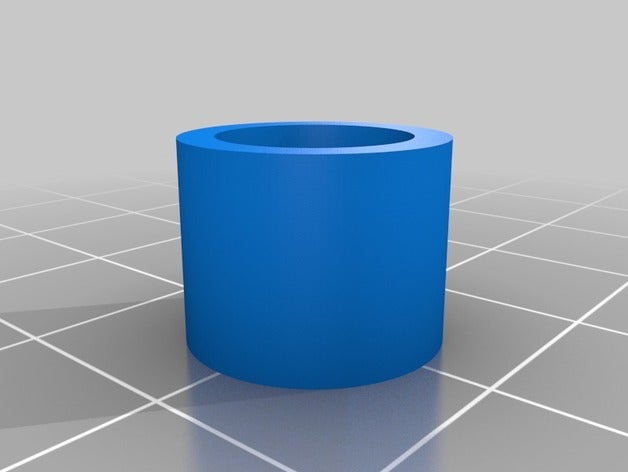 This is probably the simplest thing you will ever print. It is just a spacer to place in between the bearings on a skateboard or longboard wheel. It is approximately 10mm long. If you want it to be shorter, just stop the print midway through. 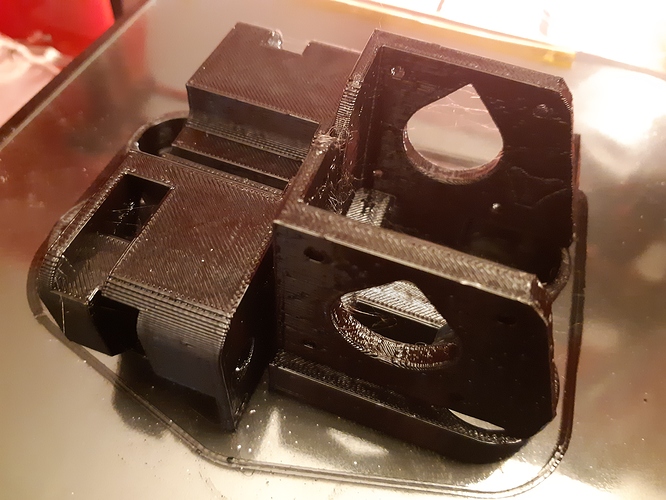 So now I know. The idlers at least must be as specified, because 20T idlers don’t fit the printed parts. 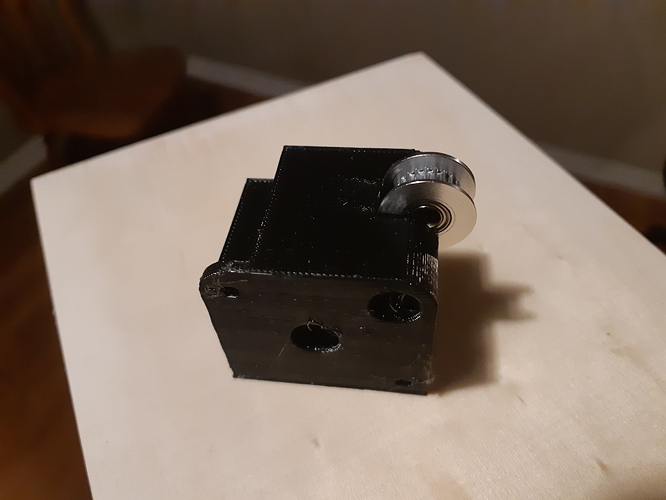 So now I know. The 20T idlers are 2.54mm larger in diameter, and do not fit in the printed parts. I surmise the same for the MPCNC Primo. The drive gear would probably fit.

In this case, I think the drive gears will fit, too. The belt being 1.27mm further from center is probably not going to cause too much trouble, though will not line up with the roller as well. This may introduce parallax error. Not good for 3D printer or CNC, maybe less critical for this. Maybe.

Oh, printing the spacers. I thought of that. My first thought, actually. Second was some 5/16 pipe I have in the basement. I have some nylon hose might do it too.

The next person can now execute step 0: lurk in the forums and see if someone else has already explained it.

Probably still asking, even if it’s asking the search engine. (I did that first too.)

I noticed that if you try to print the center piece as oriented in the Thingiverse repository, you get a first layer that’s a couple of tiny protrusions. Probably safe to cut those off with a mesh tool, but I rotated the part 270 degrees so it sits on its side with the tab sticking out. Still no need for supports, actually looks like it might have been intended for that orientation.

My printer is behaving badly. It’s been kind of sluggish, and I got a half inch layer shift last night printing the center and the sliders. I managed to do one up quick with my old printer, but that one is … rough. It was a cheap MBot clone. Not much of the original left, I’ve upgraded a lot, but it still has some interesting issues. It does print fast, and “close enough” for most prototyping. It also prints PLA. The spool that I have has been hanging over that printer gathering dust (And I’d have thought moisture) for the past couple years, so I wasn’t expecting it to come out at all, but, it did, and even not badly. Still, I’ll re try it with the new one. I must have overlooked tuning something when I put the new board in. I remember it being solid and reliable much faster than it is.