Over the past couple of years lurking on this forum it seems that many new builders are intimidated at the prospect of building their own flat bits without a CNC machine to do it for them. If anyone can make suggestions for tags to add to this to make searching easier in the future, I’d appreciate it.

If a picture is worth a thousand words - here’s a boxed set of War and Peace. It’s simple, and a low level of skill will yield a result that will be difficult to tell from the real thing, and it won’t take all day to do. The time stamps on these photos tell me this example took a little over 30 minutes, and I had done nothing in the way of preparation before hand.

Tools you will need:

Optional tools that will make the job easier -

Some knowledge of CAD is going to be essential at some point of the build process. At the time I built my first plates I was floundering trying to open that .dxf file and scale it on paper, so that was the first problem I had to solve.

The simplest and most accurate way to do this is to print a 3d template rather than relying on the vagaries of paper. Open the DXF file in your 3d software and extrude the plates to a depth of about 4mm.

I like to cut chunks out of the plate that won’t be needed to save a bit of plastic when I print templates - you only need the perimeters and all the holes located. To confuse things a little more, the plate pictured is not the standard plate, but one that’s been modified for the Makita 700 router, however it does serve to illustrate the process. 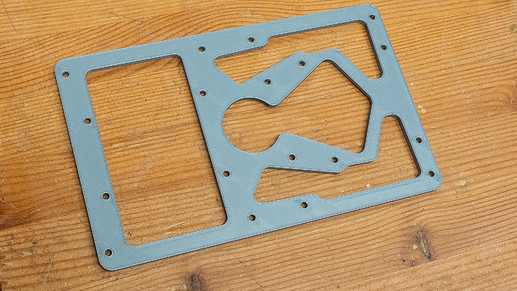 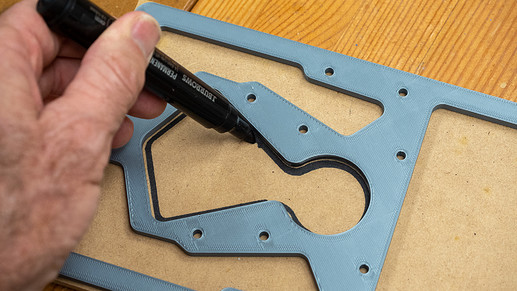 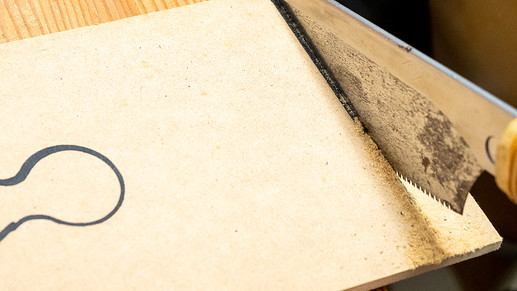 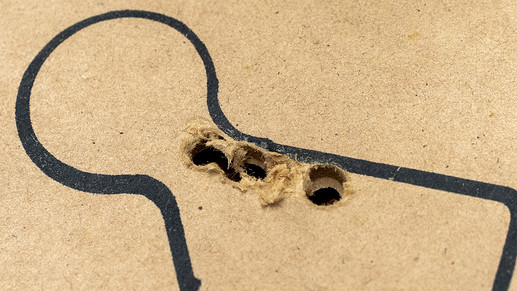 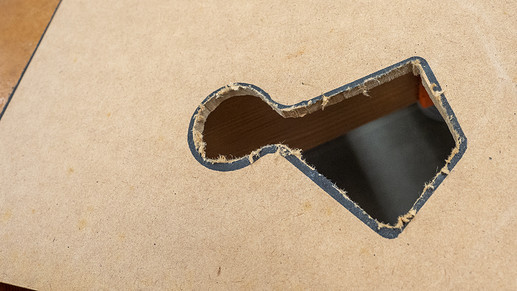 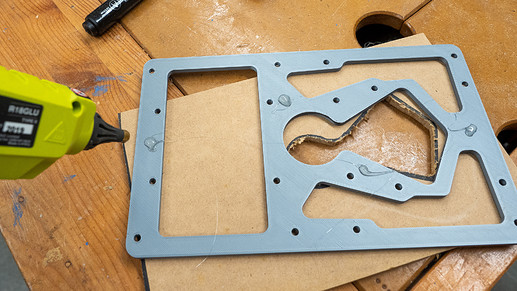 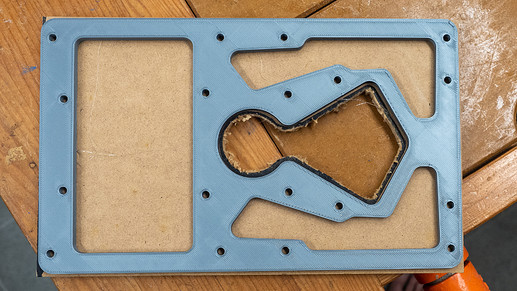 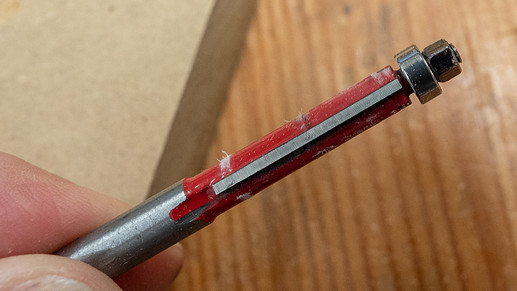 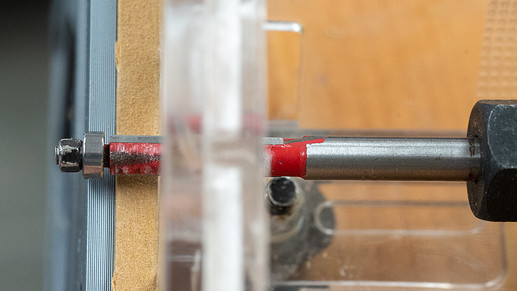 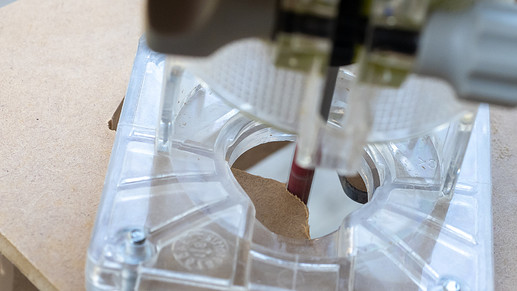 CLAMP OR SCREW EVERY THING DOWN BEFORE FIRING UP THE ROUTER.

Run the router around the template carefully. Don’t try to cut too deeply if you have left large margins, just be patient and take a bit at a time. If you get greedy, If you try to cut the lot in one hit, there’s a risk that you’ll slow up the cut, the bearing will warm up and your PLA template will react accordingly. 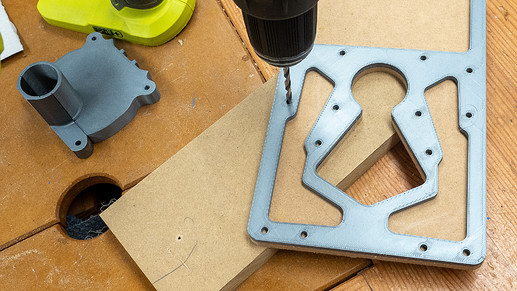 Just be careful not to get too excited and heat the drill bit - a hot drill bit in a PLA template is not conducive to accurate drilling! If you have a drill press - this would be a good job for it. 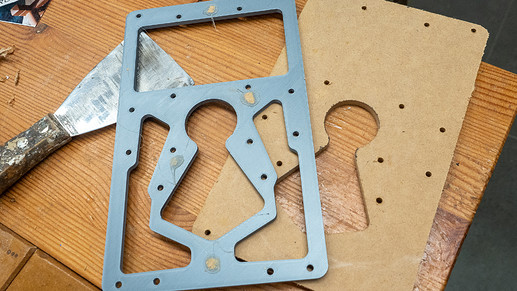 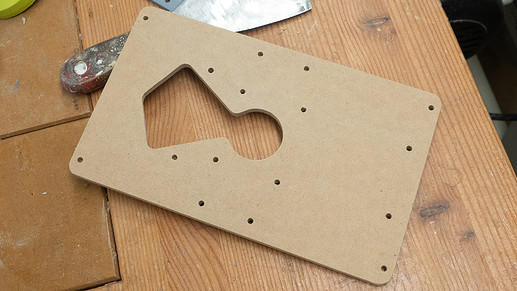 FINALLY - Sand the edges very lightly to remove any furry bits. (I’ve used 240 grit on a timber scrap). Don’t over-do it , if it takes more than a few seconds you’ve been at it too long.

If all has gone well, you’ll have a “temporary” set of plates that will look as though you’ve bought them.

Thanks for hanging out for so long, I hope that’s helped!

And now I can say I’ve read War and Peace!