I like flags, so far I've put it in everything I make

My mom’s a teacher, made the AZ one for her, colleague of mine loves the Chiefs

I learned the hard way on this project that when you tell estlcam to start at 2mm, that’s the new zero so I should have put DOC at 2mm not 4mm but hey, I feel like I learn something every project lol 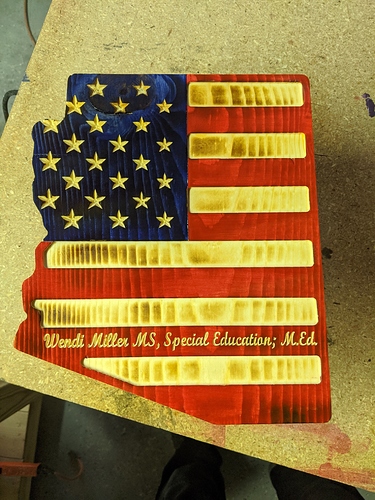 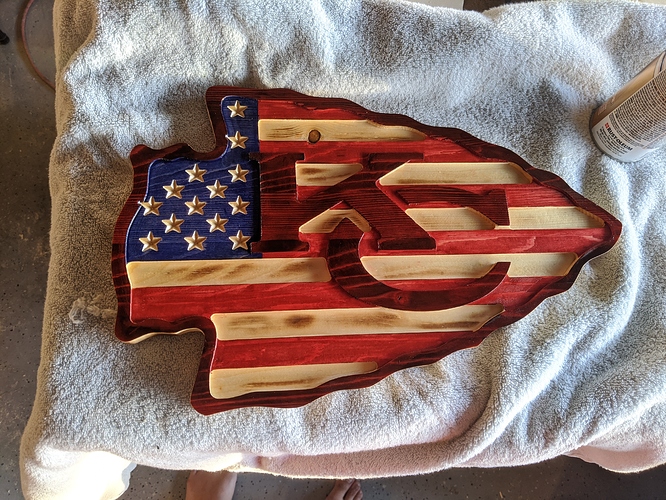 Very nice. I have been doing many signs but not with so many pockets. If you dont mind, just to compare notes I ask some standard questions

So with the Arizona State I milled the stripes, took it out, torched, stained, put it back in did the lettering and stars then cut it out, it’s just common pine, about 11" tall and 9" wide

The arrow head I only have one red stain, and wanted the border and KC to be different than the stripes, so I burned the outer and inner parts before I did the first mill, I milled the pocket with KC as an island, then milled stripes, used razor blades to have the speration of blue and red like I did in both, after I stained then I cut the stars (if you look close two of the stars cut into the raised border… Shhh don’t tell anyone lol) and lastly I cut it out, the burn wasn’t quiet enough to give the darker seperation like I wanted so I did a light touch of some redwood stain on top of the letters and border.
(Edit KD arrow head is 11" tall and 17" wide, used the pre edge glued pine board from Lowe’s)

Peel mode for the KC didn’t work, estlcam was having it’s bug when trying to use it so I ended up doing lines for it 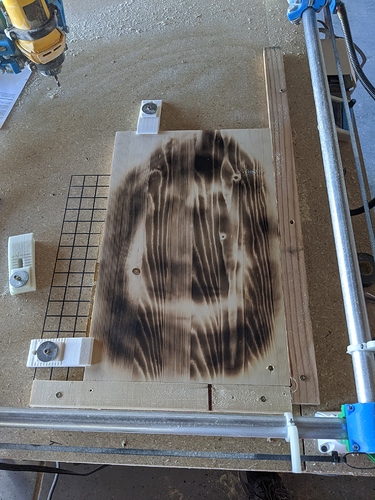 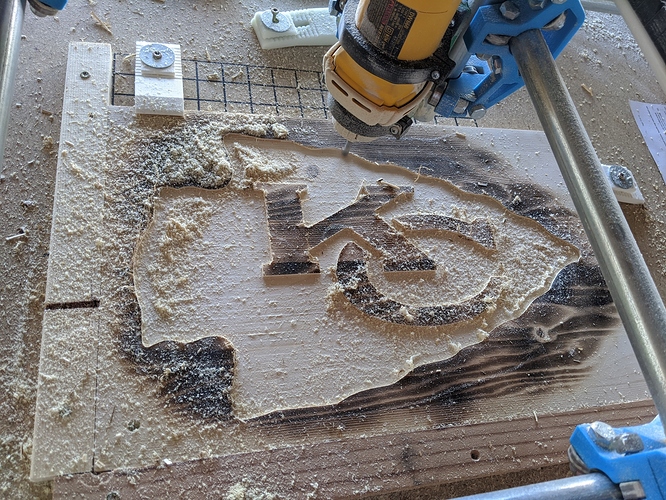 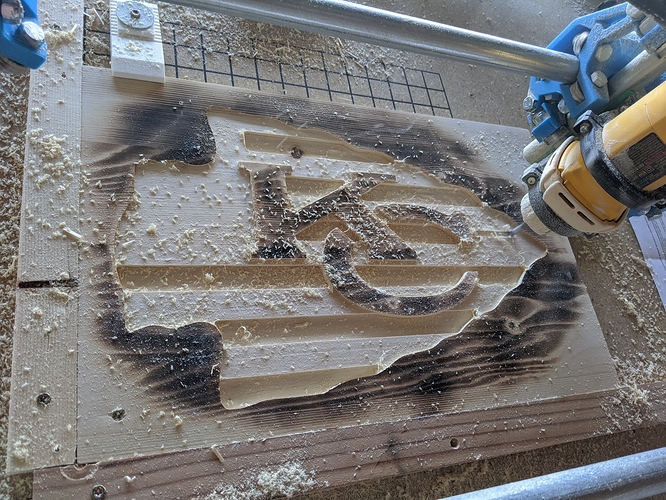 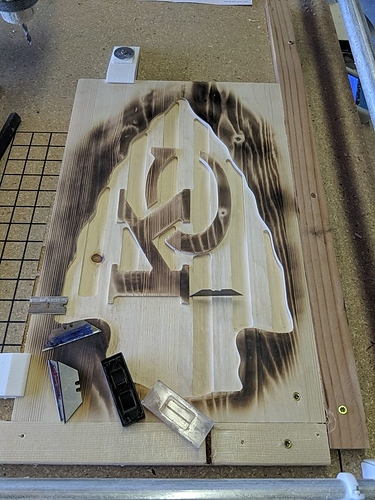 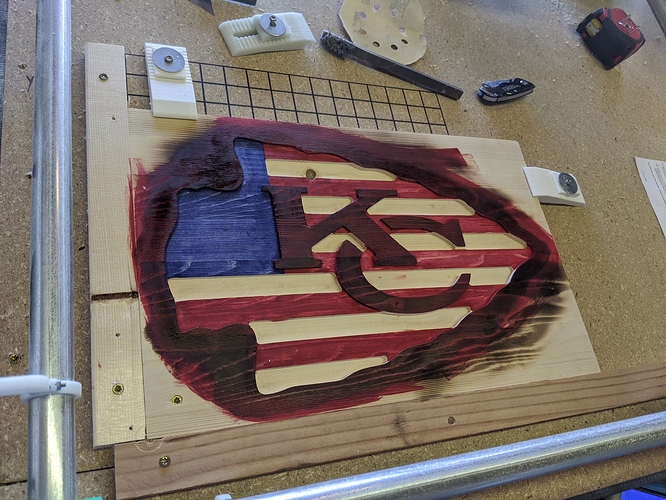