In case anyone’s interested, I have come up with a parametric interlocking torsion table design that should allow you to create an effective base for the Lowrider… I’m going to be cutting a smaller version over the weekend as a workbench as I don’t have enough time to cut an entire Lowrider table, but I would love for someone else to do so if you’re so inclined. 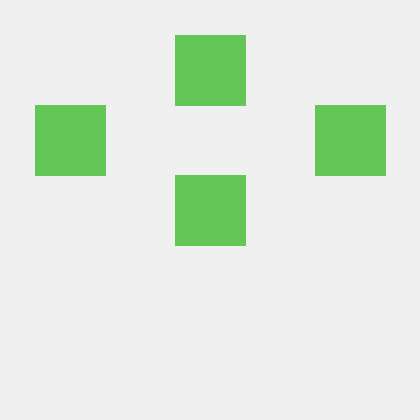 The “bench.py” file is the one you need for this table. the ‘topAndBottomSegments’ and ‘maxLengthSectionCount’ can be changed to allow you to build a larger table than your current CNC cutting area, though you will need a long axis on the CNC you cut with at least as long as the width of your table. If you go this route, make sure that ‘maxLengthSectionCount’ is not a divisor of ‘lSections’ so that the lengths of the internal supports stagger.

This is all a little daunting and the code is hideous at the moment, so if anyone wants to cut it but doesn’t want to set up the dev environment, just let me know and I’ll generate it for you (I’m basically using github as a remote backup for my personal scripts… this is literally some of the worst code I’ve written in decades, but it works). I’ll need to know:
a.) the thickness of the plywood
b.) the endmill diameter
c.) the maximum dimensions of the CNC you will use to cut the pieces
d.) how large you want the table to be (length, width, and height)

Can you post an image or two of the design?

I love that your using SolidPython. And git

So the rendering process is really slow for this stuff… I’ll try to have something rendered soon for an entire table, but for now I took a picture of the cut sheet for my 2’ x 2’ mini-table. I was hoping to have it built this weekend, but I’m having cutting problems again that prevented me from finishing it. I did, however, get everything but the top and bottom pieces cut and assembled.

As you can see, it’s essentially a Paulk-alike with an interlocking grid for the frame and tabs to attach to the top. The number of sections in each direct, size of the sections, number of tabs on each section, and a bunch of other stuff are completely parametric, though right now you have to manually load it into FreeCAD and refine the shapes before using it in Fusion 360 (I’m hoping to automate this step soon). The top and bottom can be split into any number of pieces (usually a divisor of the number of length sections), and the frame pieces can be divided into a maximum number of sections (which right now should not be a divisor of the number of length sections – there’s a bug here I need to fix).

Sadly I can’t seem to push my machine past 600 mm/minute at 1mm depth, so it’s unlikely I’ll manage to actually make a full size one until after doing some serious mods or building a Lowrider and then using it to make its own table. I should have the small one done something this week though, and I’ll post a pic at that point.

EDIT: I added the .STEP files for importing into Fusion 360 in case anyone wants to take a 3D look. For the small bench there’s only 2 unique pieces… 6 of the ‘side.step’ and 2 of the ‘top.step’

Oh I see. That pic really helps see it. You don’t see the interlocking parts on the Paulk bench, but that’s probably more because most people don’t have a CNC machine. That glue up is going to be entertaining!

The thickness of the Low Rider table needs to be about 4", these things look a lot thicker. Are you adding some rails to the side or something?

So far it’s gone well just using a rubber mallet to get everything in place. The interlock on the frame is a really tight fit, so I’m probably only going to glue the tops and bottoms. I’ve been thinking of addoing holes in the corners for 3-way printed brackets, but I’ll only do that if I really need to.

This bench in particular is just for my miter saw, but the height is parametric also. Like I said in the original post, I’m happy to render a full table, but I need to know dimensions. Getting a +/-0.2mm thickness measurement for the plywood being used is key to this design. Luckily Lowes and Home Depot include the actual dimensions of their plywood on their websites, not just the trade sizes.