Is there a general consensus on which board is best if using a laser?

I just started my build which will mainly focus on laser engraver in the beginning to help with my side business but I certainly plan on getting into CNC as well after that is setup.

My buddy got a Glowforge the other week and I was blown away…I didn’t know such a thing even existed. Him and I both have printer farms. Anyway, I brought it up on one of the 3d printing groups i’m in and someone showed me the MPCNC. I was once again blown away and 2 days later sent my farm to work and printed all the parts off.

I’m now still assembling the frame, bearings, etc… I have not yet ordered a board because I can’t tell which would be ‘better for a laser’ if that is even a thing.

The one feature on the Glowforge that I loved was variable power. This made it create pictures/monochrome tones beautifully. Now I know an MPCNC is not a glowforge so to set my expectations accordingly. I have seen what people have done on theirs with little lasers though and it’s plenty good enough for me for now, but then met one fellow who just installed a TenHIGH 40w which is more inline with what the Glowforge has. That’s what I want to go with as well so I don’t have to ‘do it twice’ I know me, and will want to upgrade so simply want to do it the way I want the 1st time using either their 40w or 60w laser. I need to do more reading on what advantages come with the more wattage. I would assume it’s the ability to make full cuts vs simply engraving and the more wattage, the more you can cut? Or is it simply more efficient?

Anyhow, now I’m off on a tangent

I mostly am looking for what you all prefer to drive the laser. 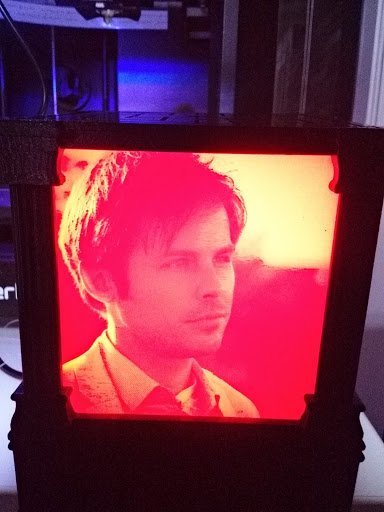 I don’t think it will matter. All of these 8 bit boards can do the same thing as far as laser control goes. The only thing that would make me want to use one board over another is if they plan to use heaters and up to 5 stepper motors. If they need the extra motors then I say get a board with 5 stepper drivers. If they need to use the heaters like with a 3D printer I say avoid the cheap china boards and buy something quality like the Rambo or mini Rambo. (Better quality mosfet less likely to cook or start a fire.). As for a laser control there will be no difference. They can all do what you talked about and showed a picture of.

The only reason I would ever suggest a 32 bit board is if they are building a Delta style printer. They are the only ones that could actually use the extra processing power for all the crazy calculations they make.

So you could get away with a cheap board if you want. Where you want to spend the extra money is in the laser. You want a good focal length and a tiny dot size. You also want a low watt laser with a tiny tiny dot. My 5.6 watt Endurance laser has a smaller dot size than my 12 watt china laser. As a result it can cut a lot deeper and etch finer detail. Most people get great amazing results from 2.5 and 3 watt lasers. Stick with a good brand with good support.