I built this a while back using the first version ZenXY parts. It worked great for a while but liked to bind up and make noise. So I finally got around to updating it with the new V2 mechanism. What a difference… Solid, and smooth. Magnet mount is great… Overall really nice. I did reuse as much of the old stuff as I could. Just a basic Ramps 1.4 using DRV-8825’s. It’s plenty quiet. I have an OrangePI running Octoprint that I use to control it. I did update my LED’s with WS2812B’s versus the single color at a time that I had before. Just a cheap LED controller but may add an ESP8266 and run WLED later on.
The table is made from scrap I had leftover from the kitchen counters I made for my daughter.
Fun stuff… Someday I will learn more about making patterns 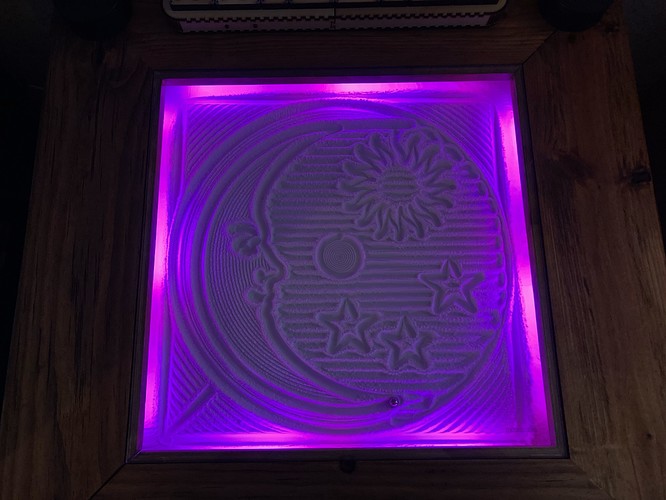 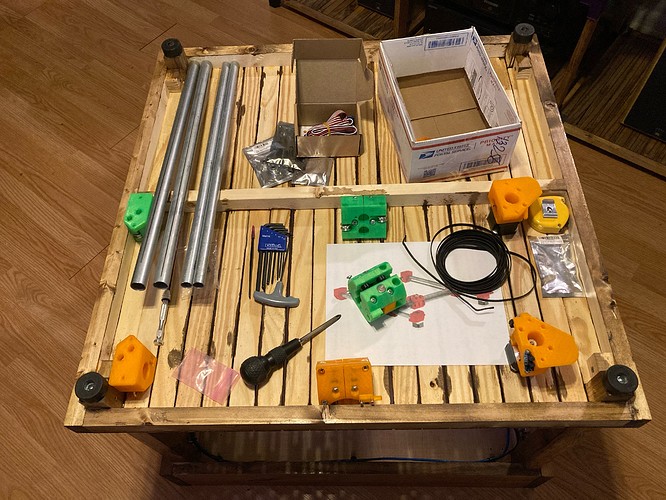 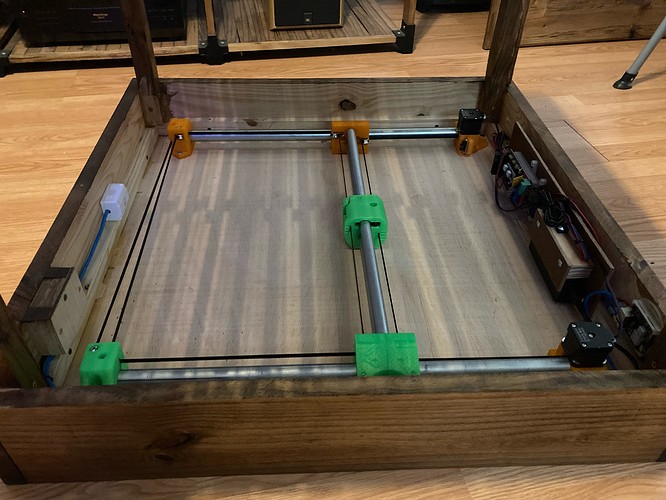 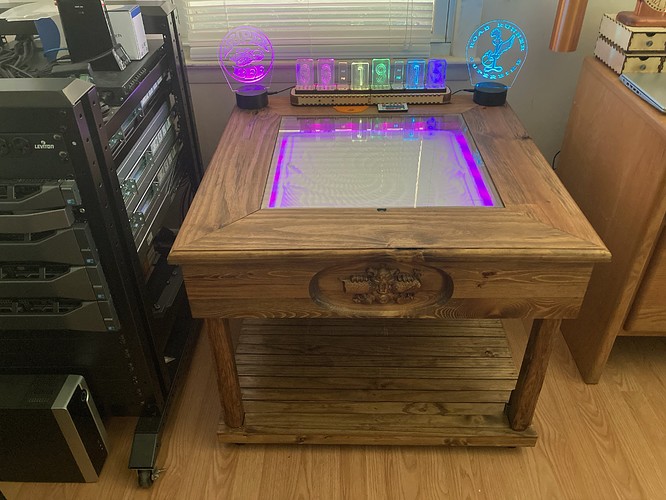