Making a Quarto game board has been on my “To Make” list for some time. Every version I’ve seen uses 3D pieces such as cylinders. When I considered this game as a laser cut project, I had to rethink the game in terms of more 2D pieces.

Originally, I was going to make the game as a box so the pieces could be stored inside when it occurred to me that the negative space from cutting out the pieces could be used. Other design ideas did not work when I went to assemble the game. I would have recut the game with fixes if the laser was still working, but this version is playable and made it under the tree. There will be a version two of this project. 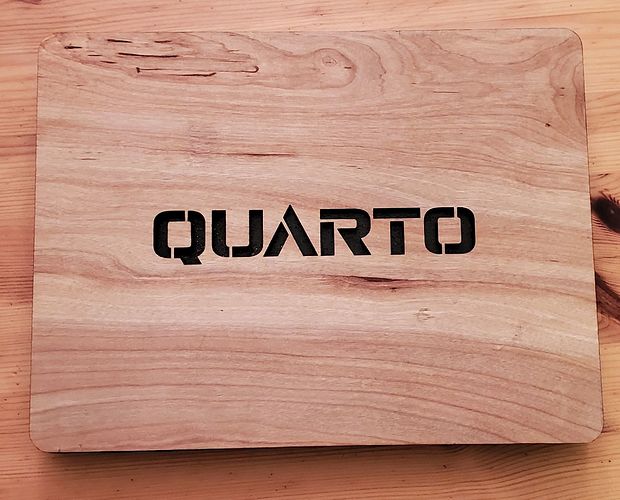 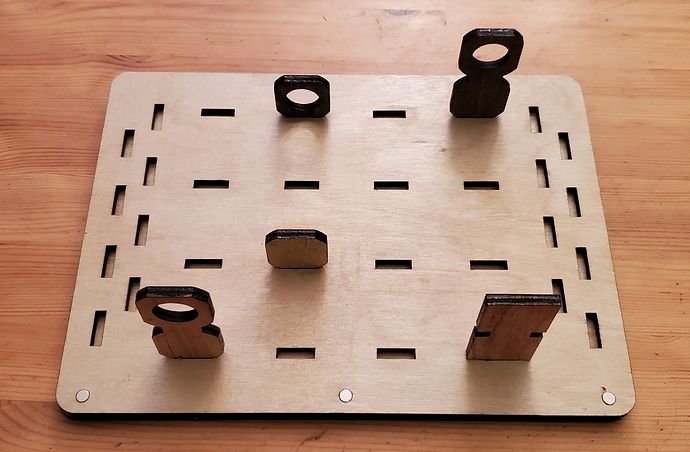 CAn’t decide if this looks more futuristic or vintage. Cool project for sure.