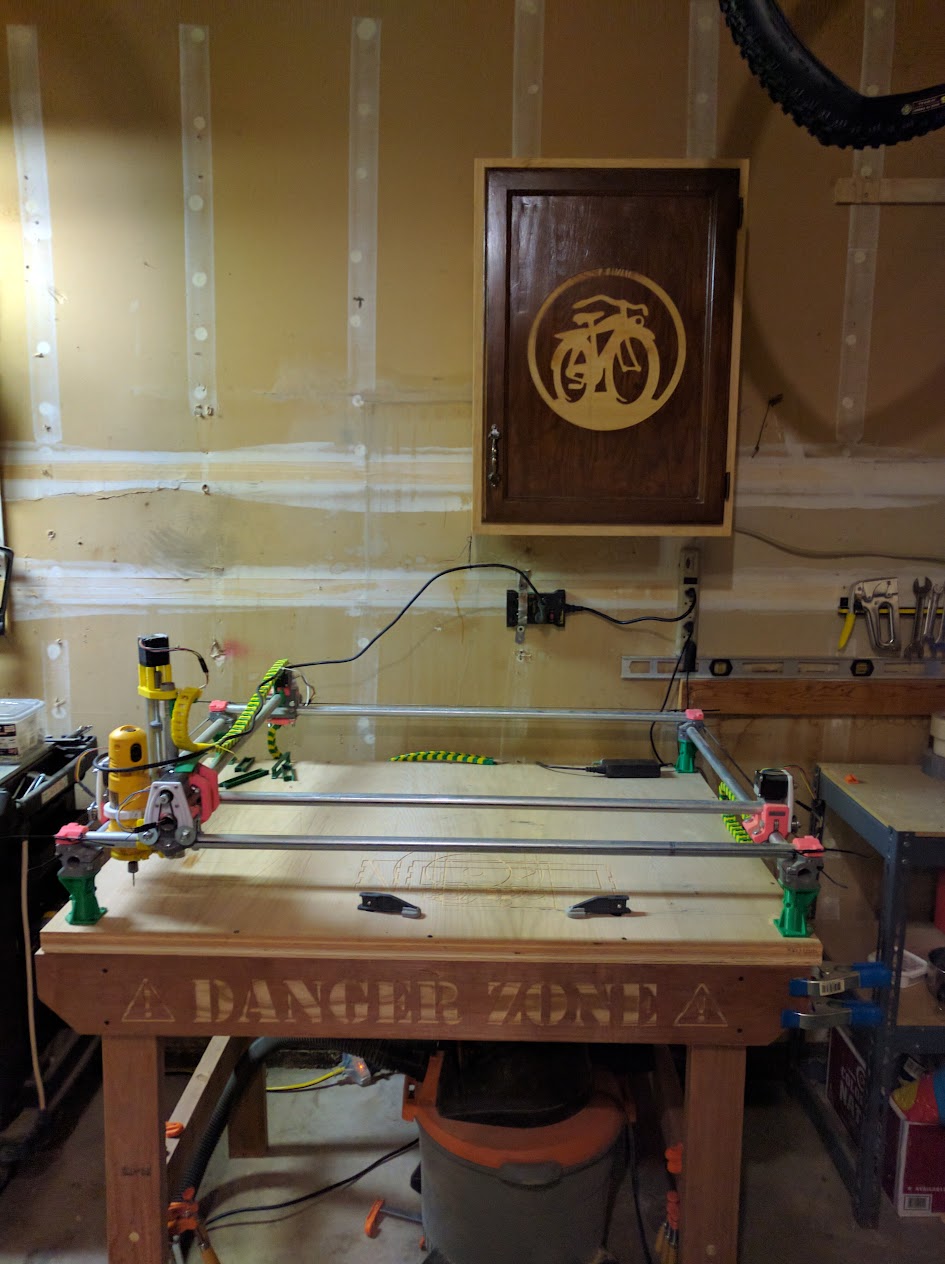 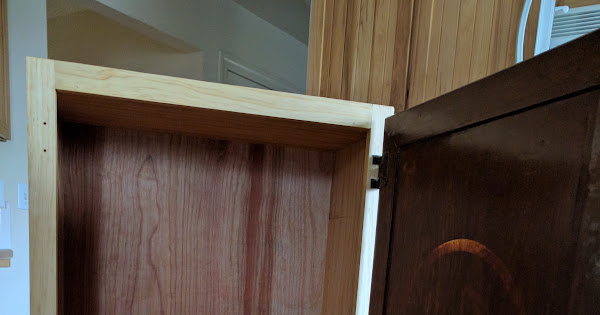 This used to be in my kitchen, but the previous home owner moved it to the shed. This particular cabinet was falling apart, so I built a new one, and used the old door. I decided I should probably cut something on the front because… You know, I could.

It worked pretty well. These are the steps I took (loosely):

On to the milling:

I had a hard time telling exactly how thick the door was, and it’s an old door, so there are some ahem inconsistencies. It was difficult to measure around the frame. I took some scrap pieces and tried to do some crazy clamping and one measurement, then some math. I ended up with 4mm, and I tried to cut 1.5mm in, but that was obviously wrong. The end result was that it cut almost completely through at the top of the design. I also only clamped the outside edges, so I wonder if the board flexed a little after some of the material was removed, because there were parts that weren’t at the same z height for different tool moves.

Anyway, it turned out looking nice (IMO). If I was going to do it again (which I probably will, I have 15 or so more of these cabinets in my shop), I would stick a piece of MDF under it to support the panel, and clamp that down instead of the edges. I would also start with a few (4 maybe) holes at the right depth to make sure I wasn’t plunging through the material. I didn’t actually make it all the way through, you can see in one of the pics the light coming through, and that darker color on the top is actually the paint on the other side of the door.

You never know with old cabinet doors what you’re getting into until the dust starts flying. I milled a dragon into one and found it was actually particleboard. Still turned out really nice, still haven’t painted it yet though.