I started printing and assembling this sometime after the J version of the Primo was released.

Long story short, I’m moving and unfortunately won’t have a place I can use this. I also have too many projects to work on anyway so I don’t have enough time to make a model and then learn how to put it through a CAM package.

I printed this with my Ender 3 Pro using Sunlu PLA+. It’s mostly assembled and comes with all everything needed to put it together, including the already programmed with the dual endstop firmware on a off brand Arduino/RAMPS 1.4 with DRV8825 drivers. A 12864 screen with a case is included.

The only part that is broken is one of the belt tensioners. The little seed shaped part that the belt pulls against broke when I first tensioned it. I learned my lesson and didn’t make that same mistake for the other parts. I found that it still works if you put the bit back in but I can print a new part if it doesn’t bug you that it may be a different color.

The pipes are precut and oiled. Table isn’t included. There’s also 3 custom parts I made to support a L shaped aluminum extrusion that helps hold up a cable chain for the Z motors cables or any other low voltage cables you need. Two slide onto and clamp on the Y rails that support the core and have 1 screw (per part) that tightens it. The other part goes on the Z rail and is already installed.

A Dewalt DW660 is also included and the top housing has been flipped so the notches fit into the official mounts without the power cable hitting the core. 1/8th Down cut and comp router bits are included.

I don’t fully remember what size exactly I made this but I think the cutting area is about 220mm by 220mm.

I’m interested in selling it for $550 and I live in mid Michigan near Lansing, Local pickup only.

If you’re interested, DM me and we can figure out a time and location. Most of it is in a paper box, except the pipes and the aluminum extrusion.

I have 12 photos of the parts but I can only include one because my account is new. 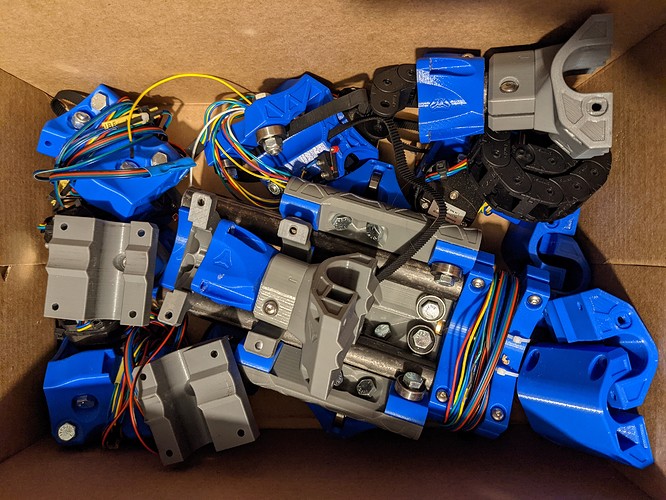 Yeah, forgot the exact size in mm but it is 1inch OD steal pipe. 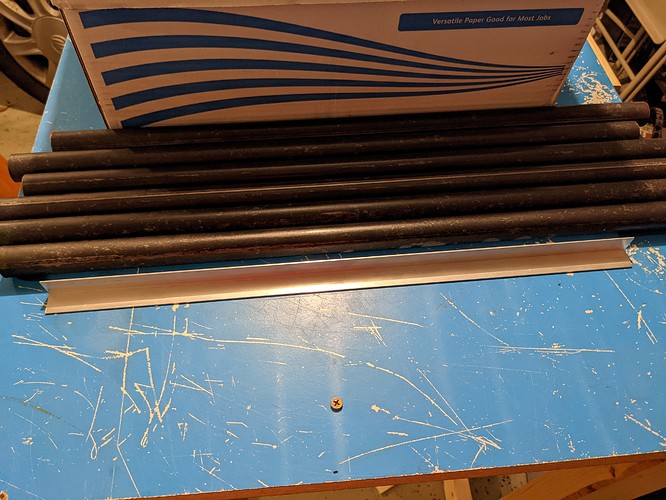 Living in GR Michigan I am so tempted but I don’t have room or money this time of year for another primo… I hope you find a buyer. It would make an amazing Christmas present.

Yeah, I don’t have the room and I shouldn’t be buying wood stock for projects. This machine might have a future with me but I don’t like to sit on things and would much rather just build another one (in the future) if I truly need it.