When I first built my LR2 I used this 1970s-era router. I made a custom Y-plate to fit the router holder pictured here. The the router just plopped right in there and I was good to go.

Then I got the laser, and decided that the easiest way to mount it would be to make a laser holder that fit into the router mount. 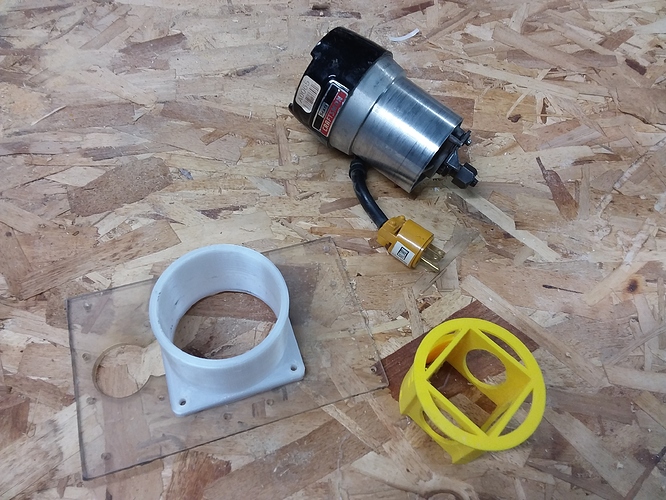 Then I bought the Makita router and had to make a new Y-plate; but after a week or two of using it I wanted to use my laser. How to mount it? What if I have some other tool I want to use?

So I designed the quick-change Y-plate system.

There is a permanent plate that is attached to the mounts like normal. It is mostly a hollow plate. I added some slots for adjusting the torque on the bearings.

The router and the laser each have their own plates to which those tools are permanently affixed. 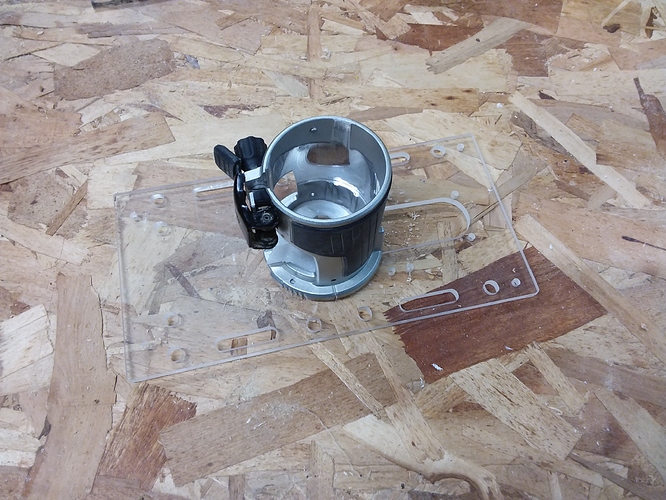 To install one tool or the other you simply put it in place under the permanent plate, insert 4 screws and twist on 4 wingnuts.

It now takes about 3 minutes to change tools, including swapping electrical and air connections. 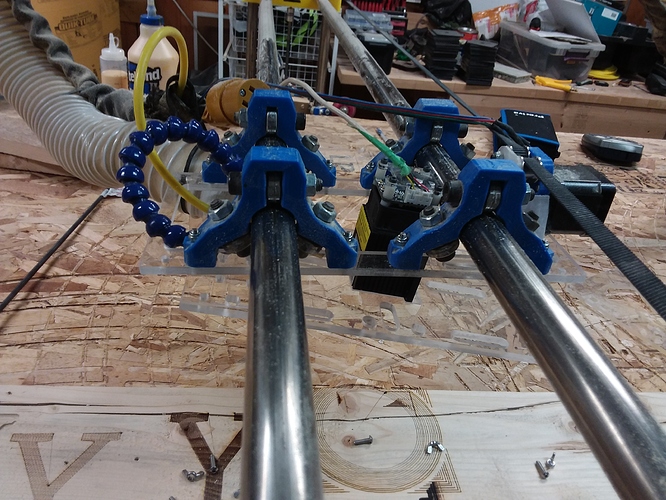 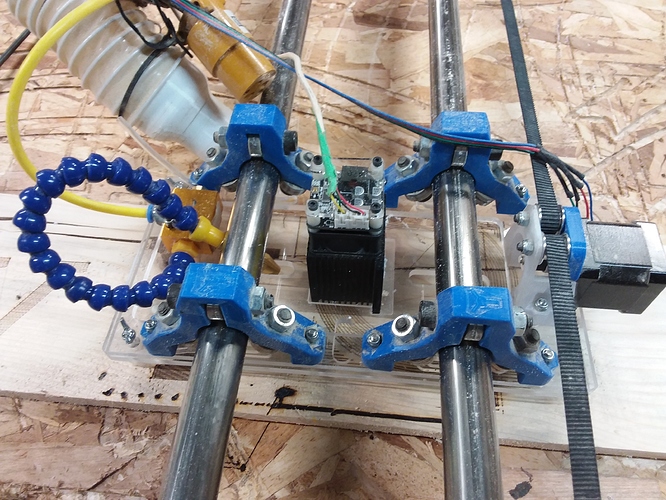 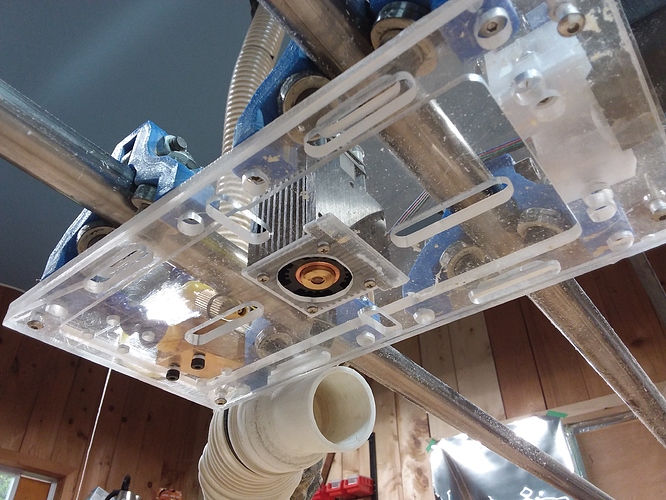 I like it. What airblast system are you using?

System would be an exageration.

Currently a small general-purpose air compressor with the regulator set low; mainly to keep the lens from getting sooty. I haven’t noticed any “air assist” effect on the burn rate, at least not with the flow I’m using.

UPDATE: Connected it to my larger shop compressor, and with the regulator set to about 10-15 PSI minus the flow restrictions of the 1/8 in tubing I am seeing little sparks and getting a fuller deeper burn.

Pretty slick idea. Might need to make something like this standard on the next version of the LR.

Thanks, I’m happy with it for a first iteration; but some kind of cam-lock mechanism would be easier/faster.

This is a great idea, if you made something that can slide together then you could make a locking pin with spring return that would make changes really simple and quick

Very late reply to this, but that looks like my mini ryobi circular saw would fit. Imagine straight programmed cuts, pardon me if someone already thoughts did that