Sick! Let us know how fast you can get that thing moving!!

YES That is ready to get pushed hard!!!

20200224_2032501908×4032 1.7 MB
I just hope the 660 is up to it. I did allow myself a couple extra inches both directions in case I want to put a makita and vacuum on there.
My dial indicator said 0.003 runout after this abuse. Unfortunately, my lcd is garbage and after all that discussion we had about wire extensions, I STILL forgot to put it in the cart. I thought about hacking up one of my old ethernet cables, but I’ve got some led ribbon on the way. Got a party tonight and long-term life - contingent risk and liability math to study today, so maybe I’ll be able to at least get endstops, z, and belts sorted before bed.
Got the archim flashed to dial endstop last night, and the motors move. As far as I can tell, the gantry is less than 1/8" out of square over the length of the frame.
1 Like
vicious1 (Ryan) February 29, 2020, 5:01pm #5

Forgot to mention that the runout was the same before the abuse, lol. Didn’t occur to me to mark the high spot and see if I bent the tube the other direction or if it just didn’t care about all those extra tacos I’ve been driving into my face.

all those extra tacos I’ve been driving into my face.

My friend has crazy taco shop…I know the feeling. 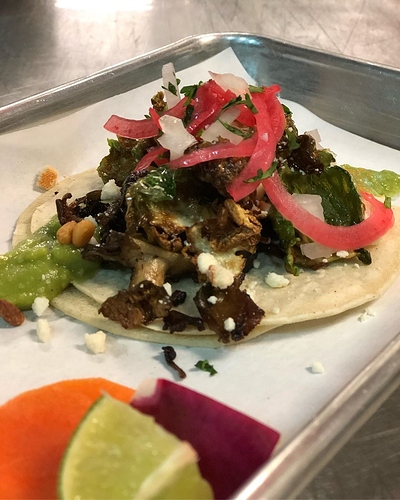 What diameter are the rails?

1in OD, 1/8 wall DOM. That taco looks amazing!! Not so sure about brussel sprouts, though…

And big thanks to @tjcolejr and @bruh for that jet nozzle! Can’t wait to get THAT into action! 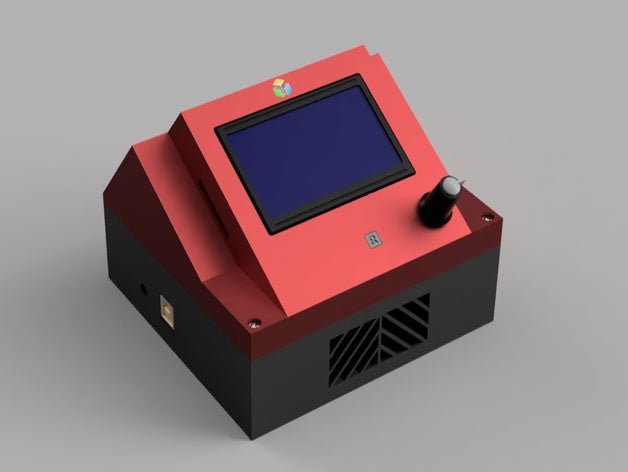 A nice looking controller box for the RAMBo 1.4 and the RepRapDiscount Full Graphics Smart Controller. This setup is for an MPCNC but can easily be used for other machines as well. I recommend that you set the fan to blow from inside out and mount a...


which I’ve used for my LowRider and make a flat lid for it with a fan mount instead of the LCD mount top, so I can use Ryan’s LCD box and either mount it to an unused portion of the tube or just lay it on the bench. I’ll rig up some angle bracket to hold a piece of MDF vertically at the front-right for all the control stuff. But first, a post about some testing…
turbomacncheese (Tony) March 7, 2020, 9:36pm #14

1/8 single flute carbide for the win. That boogered up garbage on the left was with some cheap 2-flute hss I wanted to test before throwing the nice mill at it. Broke 3 of those, and said to hell with it. I think this is mostly pretty conservative. I didn’t save the fusion file (boo) so I don’t have my cam settings.
These are either the things I remember for sure or was able to get from the gcode:
Adaptive 0.2" DOC, 36 ipm, 0.025" stepover. Helix was 1/3 speed.
Contour 0.04" DOC, 40 ipm, ramp at half speed. I THINK the roughing stepover was .02" or .04", I know the finish stepover was 0.02"
Both of these were running full-tilt on the 660.
I don’t think I can go much faster without some sort of speed control like on the 611, but we’ll see. I have some cheaper carbide in transit that won’t hurt so much to break, even though I have every reason to believe they are lower quality than the one I got from Ryan.
I could slow the speed down with my router controller so I could try deeper, but it starts to bog down pretty bad.
2 Likes
turbomacncheese (Tony) March 7, 2020, 10:12pm #15

That was a great cut, chips look great to me. Not sure about the surface finish, That seems like a good amount to me, but that came out rough. I have not done enough testing to know how to help get that better but I know it can be.

Don’t get me wrong that was an amazing cut, the smaller build seems to be doing well for you?!?

That surface is 100% Adaptive, no actual finish pass. I think that’s the first place to start, lol.
Yeah, the build is pretty impressive for me, SOOOO rigid.

The outside contour got an actual finish pass, but I think that was still too heavy, judging by the nick in the side by the tab.

20200307_1515521908×4032 854 KB
Right now I’m happy to cut aluminum that fast, and surface quality isn’t super important. I need to dial in the dimensions first, and get my controller sorted before that. I had a piece of bubble wrap over it to keep stray chips from shorting anything. And a damned cover. I got showered with aluminum making that video. I don’t think dust collection would keep up with the air blast.
1 Like
vicious1 (Ryan) March 7, 2020, 10:23pm #19

Well I think that is great for a roughed only cut! Finishing in metal might be better at 3-10% step over if I remember right. I think my new build is going to be pretty small as well. My small lowrider can do all the wood and plastic I need. I want to do more metals, I have a specific project in mind. So glad this size is doing what you need!

That makes two of us!