Just finished my Primo build this week. This machine is a blast, cuts like a dream with very little tweaking. I wish I took more pictures and video throughout the process, but I was too consumed with putting the machine together.

Anyways, I mainly just wanted to make a post to thank Ryan and all you fellas in the forums. Thanks for the help bringing the newest member of my robot army to life!

Lots of good times in the shop ahead. Now I am going back out to feed my new addiction.

Here’s some shots of the build… 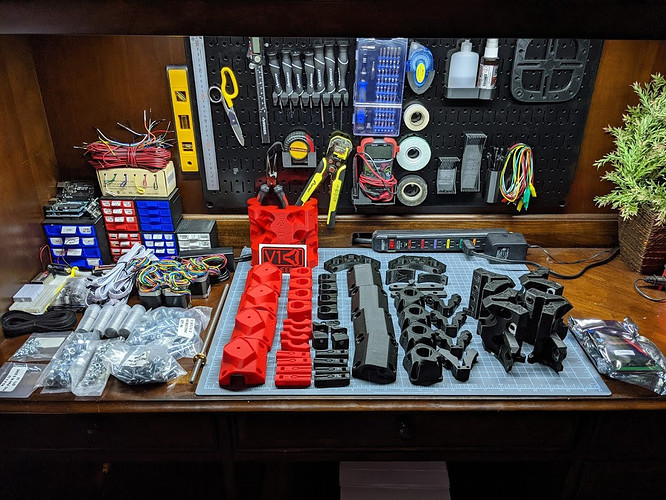 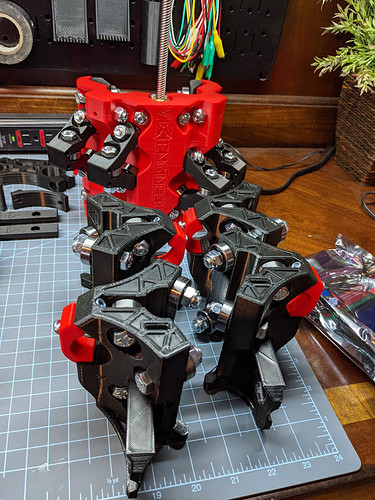 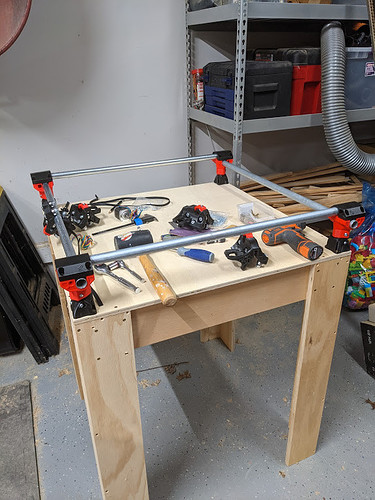 First cuts… (might see some sparks towards the end. 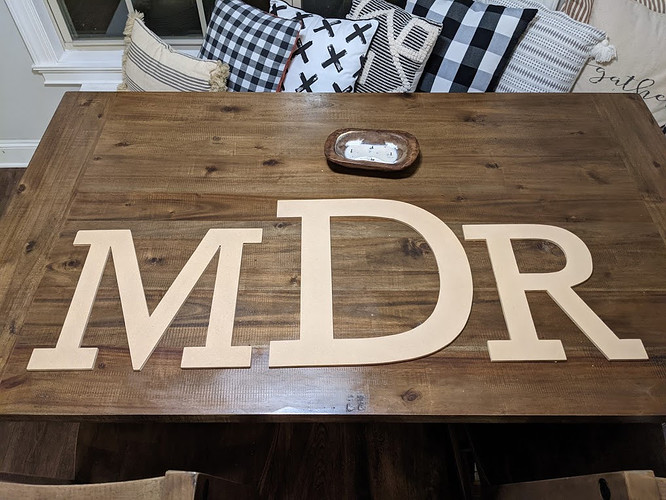 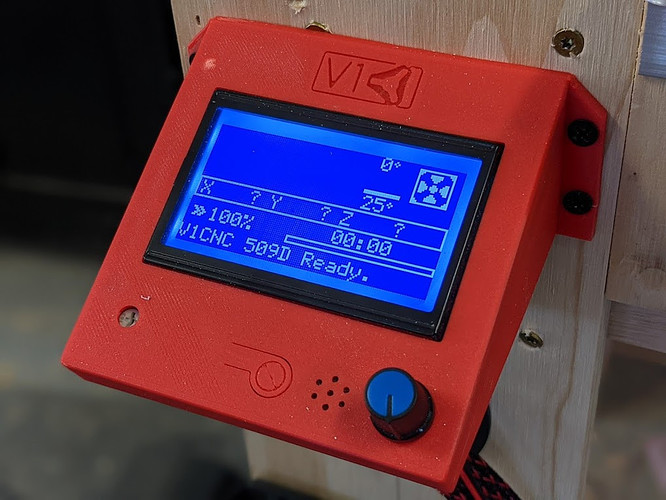 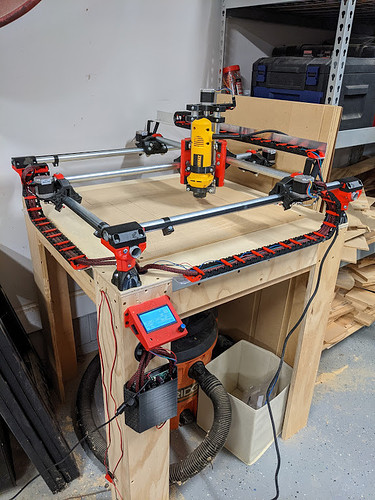 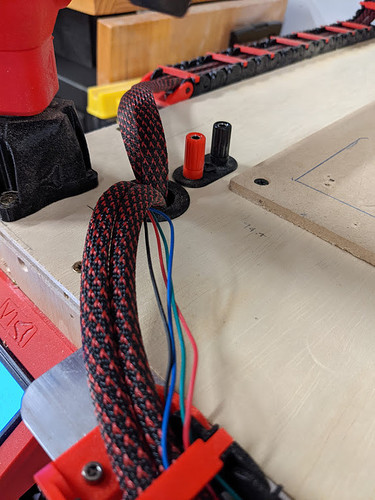 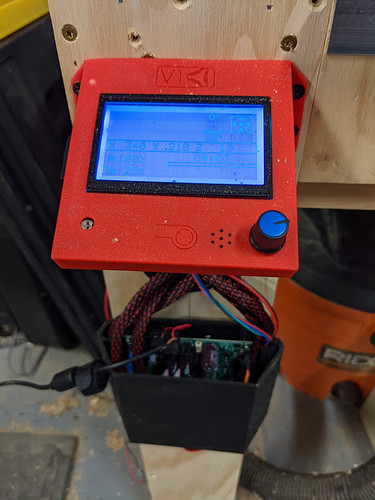 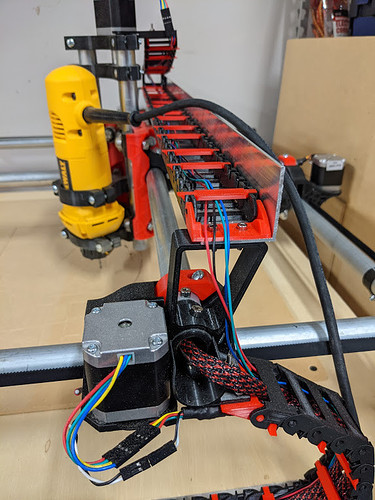 Nice looking build man! Looks like its cutting nice too. Im still working on mine, should be done printing parts tomorrow. Then the fun begins.

@jmdunlap01 nice build. I’m jealous. I still have to print my core and am waiting on my filament. After that I’ll have to get the materials for the table and build that, then order the electronics, motors and parts from @vicious1.

That said, it’s great to see builds like yours as they keep me (and others) motivated! Plus it’s also just cool to see what others are doing and the cool things they make.

That is one heck of a first post! Welcome to the crew.

Greetings from Madison! I am from the River City.

Doing some building on mine today.
What else is in the Robot Army? Do you do lasers too?
My soldiers are FDMx2, K40 laser (but itching to get a $2k large one)

Nice, I work over in Huntsville so I am up your way a lot. Have a couple 3D printers, looking add a laser to the CNC or potentially build a dedicated machine just for the laser. It’s definitely on the list.

A diode laser would be fun to play around with on the CNC, but since you have to be around when it runs, if you plan to use it at all a CO2 laser is the way I went. The ability to cut 1/4 plywood in one pass is so nice for projects designs etc, and it engraves at a professional level of deep and fast.

Here are some stuff I have made on my K40 (sorry mods I don’t have links to stand alone pics): 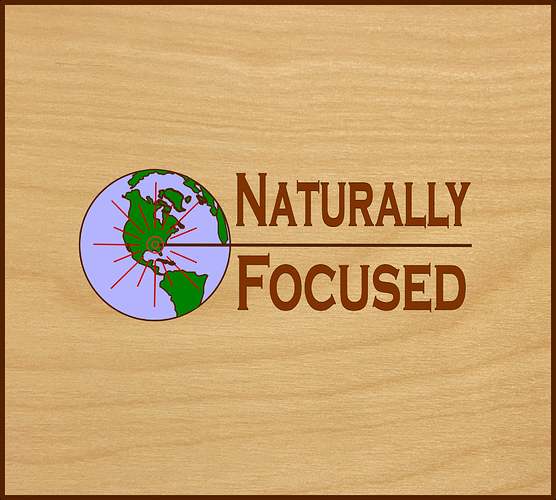 The $400 I spent on it was well well worth it, but like anything you get what you pay for. Same with 3d printer - I started with ender 3, went up to cr-10.s pro v2. Hindsight is 2020. If was going to go with a laser of any kind, it would be a 4060 off alibaba with a ruida controller so it could run lightburn software.

And here I was thinking I had to be the first person in town to know about MPCNC… We went to high school together, you graduated with my sister.

That’s a REALLY nice build, I wish mine looked that clean. I ended up burning through almost an entire spool of filament on the trucks and had to settle for multicolored ninja turtle looking parts in the end. I plan to reprint everything out of Atomic or something now that I have a better idea of what I’m doing. I’ve only had a printer since February and between learning how to get the right squish for different filaments and learning to compile/flash/code etc. I’ve got a real big box of “art” that I’ll probably melt down into sheets for the MPCNC if I can figure out a safe way to do it.

I may be asking you for advice at some point, I still don’t really know what I’m doing but in the last few months I’ve decided I too want to build a robot army.

Most importantly, I want to second what you said; my Primo also worked really well from the first boot which was really surprising to me, based on my lack of experience and patience. I did the first i3 right before this and it was nowhere near as smooth a build, nor did it work as well on the first boot. Awesome design, Ryan, and another big thank you from Decatur.

John,
If I sent an STL file, would you be willing to take a quick look at it and tell me how long it would take to complete the job? It would be an elevation relief cut out of pine.
or what you would charge?
I’m not finding alot of time to setup and learn CAM at the moment, but can pay and pickup since you are local

send me a pm or email naturallyfocused256@gmail.com