I built this MP3DP a while back 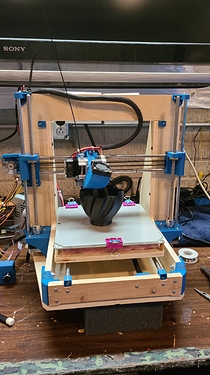 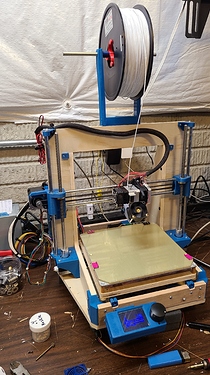 The current incarnation has 84oz/in steppers for the X and Y axes and can print reliably at 150mm/sec. 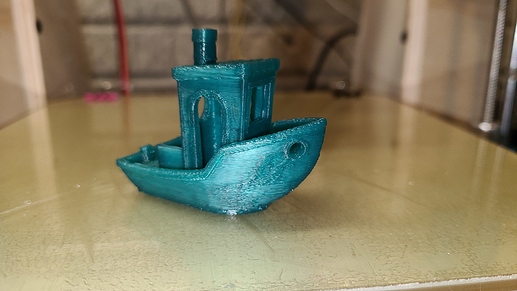 The first one I tried to print at this speed would not cool fast enough and the bow was all kinds of messed up. As I mentioned in another thread, I had the speed, cooling was now the problem. So I dug through my box-o-fans but couldn’t find anything with enough CFM to cool adequately. So I turned to my favorite online auction site and for a couple bucks a piece I found these… 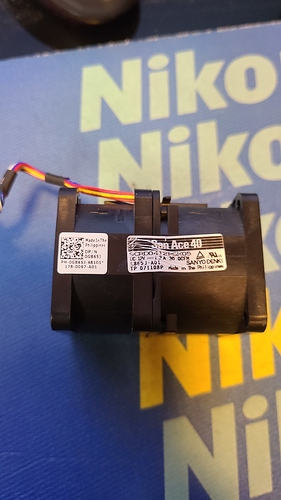 When I originally hooked it up (they are stacked but I split the fans so I’m only using one), I didn’t get any rotation until 97% on my fan slider. So I had loud, louder, louderer, and loudest. After some digging around, I found the PWM fan settings in the Marlin Configuration_adv.h. This allowed me to override the min and max PWM control and make everything work right. Here’s the lines from Marlin…

// When first starting the main fan, run it at full speed for the
// given number of milliseconds. This gets the fan spinning reliably
// before setting a PWM value. (Does not work with software PWM for fan on Sanguinololu)
#define FAN_KICKSTART_TIME 500 <-----Uncommented and changed from 100 to 500

This was after a few trial and errors, about 8-10 re-compiles, and of course, getting send errors because I kept forgetting to disconnect RH after testing each time.

Now the fan operates as it should. Although at 75-100% the hot-end heater can’t keep up and I get thermal runaway shutdowns.

But that’ll be another experiment.

Anyway, just thought I’d share thus far and pass on what I learned to anyone who could use it.

I’m having the opposite problem. My parts fan blows so hard that it will push the heat bed (not the extruder, that’s in a silicone sock) into “thermal runaway” when it’s close to the surface.

Yeah, I’ve been trying different cooling solutions to try and get the air where I want it but not blowing on the nozzle. All of them kinda blow sideways instead of down. What kind of setup are you running? So far, this one is working pretty good with the big fan. 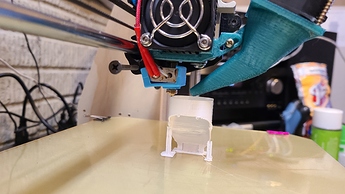 On that printer im using the prusa mk3s extruder and fan. This is a build im planning to send off to my nephew once i get it dialed in. I have a similar build of my own that’s using a titan aero extruder.

I’ve used the same basic marlin config on both printers with adjustments where they differ.

Found out I had specified the wrong thermistor and my bed temp readings were about 15-20 degrees low when compared to an IR thermometer. Not surprising that the controller was having trouble holding the set temp.

I’m also going to set a fan speed limit and not have it start for another couple of layers in my slicer configuration.

Hmmm, I’ve never looked into that on my bed or hot end. Thanks for mentioning that. I’m going to check both of my printers now!

I usually have the fan of for the first couple layers to get good adhesion, then let it rip the rest of the way up. With PLA anyway.

I just got back around to replying to this but my hot ends were off by about 30 degrees when measured with my infrared thermometer. So what I thought was 205C was actually around 175C I turned up my extruder temp to 235C and I am now getting much better prints. Thanks for mentioning this! Now I just need to figure out what thermistor is actually in my hot ends and fix it in the firmware.