Oval when cutting a single line in both Y directions

I’ve been using the lowrider on a few smaller projects and its been working out well with no discernable issues. Then a buddy wanted to make some floating shelves to display his records like this but with the edges of the board completely straight 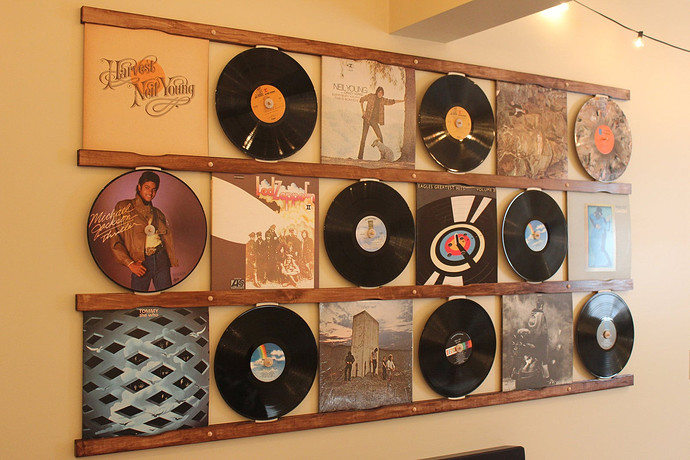 image1588×1059 322 KB
and he thought I would enjoy trying to cut a groove to hold the records on the top of the shelf to prevent the vinyls from slipping off. He doesn’t have any woodworking tools and I only have a handsaw and the lowrider so it seemed the easiest method to get it done and I agreed.

I have a 4’ x 4’ table and his shelves are 6 feet long so it was going to be easy enough to do a cut, slide the shelf up, and do another. Did some testing before hand just to make sure my lines would be straight along the Y axis since I’ve yet to use the full Y length.

Booted up Inkscape to make a single vertical line and Estlcam to get the Gcode to go down and then back. Straight Y travel up, then a straight Y travel back, no X movement. then did a test pass on the spoilboard. This is what came out. (X stepper motors enabled for all but one since I was using it to jog the router to where I wanted it to be) 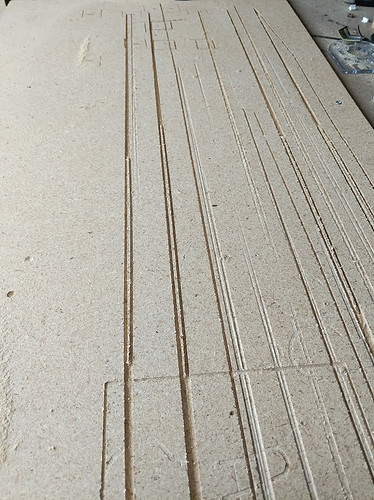 Leftmost line is the most recent, rightmost the penultimate cut.

Tightened up the Y and x belts a bit, lower z brackets were purposefully left super loose so tightened them up as well. Added the right angle brace to the left Y wheels and put a few screws into the spoilboard just in case that was an issue. Grub screws were tightened and loctited about 2 hours of use ago and since all of these cuts begin and end in the same position consistently, I’m guessing that isn’t the issue.

The wheels are definitely slanted (I say crooked in the video) compared to Y plates but it seems to me that, while it might not travel perpendicular to the starting point, it should travel back on the same line as on the way down.

Series wiring, Rambo board, all hardware/electronics purchased from Ryan, wood and plastic parts made by me.
Speeds and feeds, though the DOC was more like 4 mm since I left it 1 mm above the spoilboard

and a video of the cutting operation in place of pictures of the build. 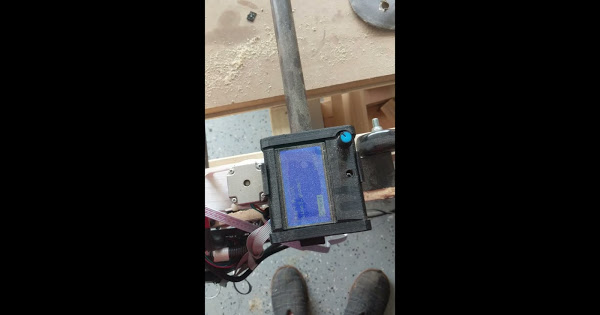 Any ideas on what to do next? Hacktracks (though it seems like a deflection issue)?

Hi @Bigburlybug
I had some Lowrider Drift action happening and I did 2 things: 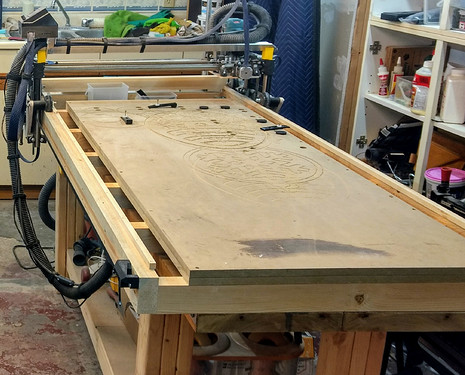 Both these things made a huge difference and the machine somehow feels like it runs more solid.
Hope this helps.

Another thing to check is make sure all the grub screws on the steppers are tight. Also the belts. If they can flex, you’ll get some weirdness.

Thanks, I was hoping to use the lowrider to cut myself a very accurate table with convenient storage spaces etc. I don’t think a table with this much error would be much more accurate than what I have currently though.

I’ll add some strips of wood like you suggest.

Thanks for the pic of your table, it looks pretty solid and I’m amazed at how clean your wiring/hosing looks.

@barry99705 I’ll check the grub screws again but I tightened them up about two weeks ago and put loctite on them.

Belts were my initial guess as to the issue. I tightened them up and you can see how they tight they are in the video and I have a spacer on side to prevent the belts from rubbing on the pipe on one side. What else could flex that I should check?

Hack tracks band-aided whatever was wrong. The line with the pen is straight and the router cut the same path both down and back :). Think that’s the last of the issues to be ironed out so now time to build fun stuff! 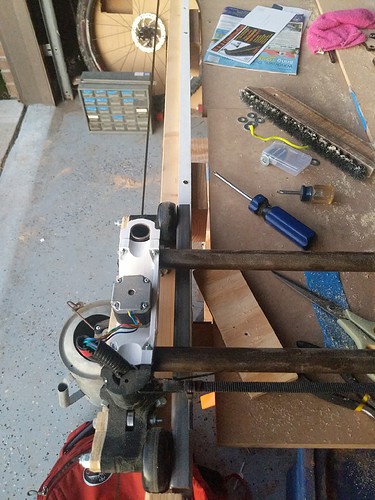 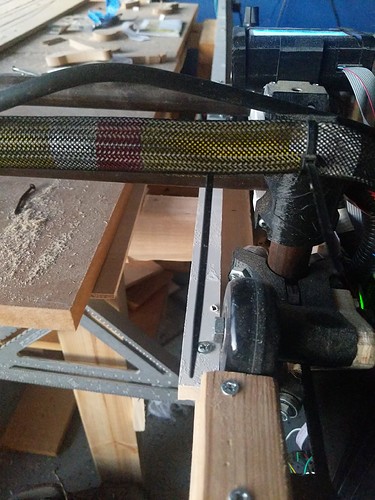 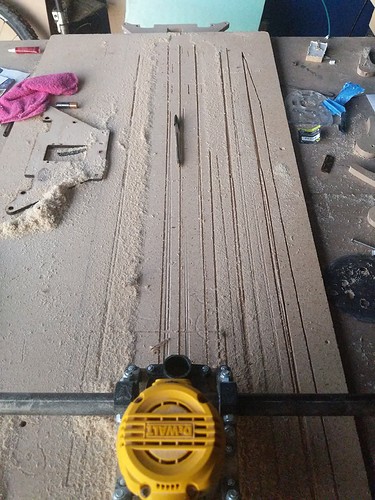