Hi, for the last couple of days I’ve been trying to determine the source of what I can only describe as backlash.

All belts all tight and there is barely any movement at the x/y rails, there is some noticeable flex in the gantry but raising the workpiece 80mm to reduce this effect combined with tightening the belts reduced the “backlash” to about 0.5mm (big improvement compared to the attached image but still quite awful).

If I run the same gcode multiple times it follows the same exact path, so it’s unlikely to be a loss of steps.

It’s unlikely to be a fault in the gcode since the begin end-points are the same, also using the circle plugin in mach3 also gives this effect, although it might be to a lesser extend.

I still have this when I run extremely slow at 70mm/minute and a very shallow depth of cut, without noticeable improvement.

Any suggestions to test are very welcome. 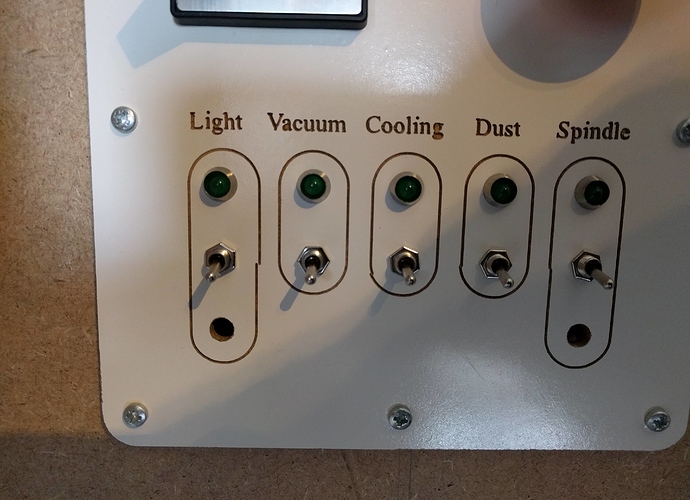 Oh I know your pain, Dennis. I know it well. It was loose pulley for me.

I’ve written a python script to generate some gcode to draw a bunch of circles, diamonds, and squares for calibration purposes. One circle is entirely messed up (top right corner of cutting area), it starts in the wrong place! Check out the left side...

Boy do I feel like an idiot now, that did solve most of the issue (thread was gone on the pulley, it’s glued on for now).

There still is some “backlash” left that I would also love to solve, do you perhaps also have some clues for that? (attached). This is however back at almost full z extension so it is less stiff here which might be the reason. (150mm) 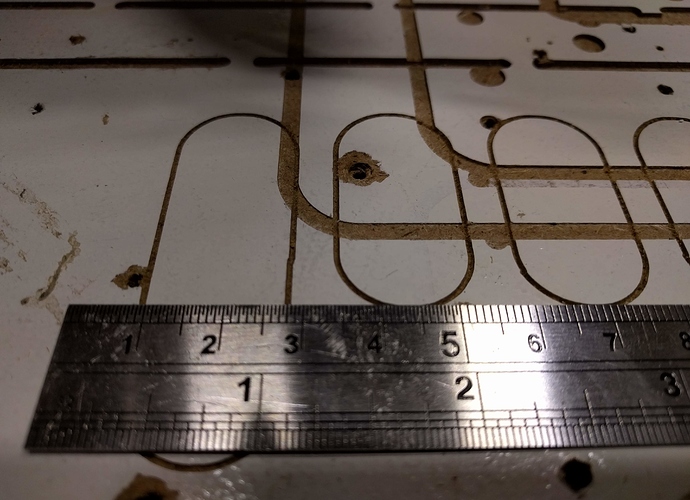 Note that slotting produces sideways forces on the cutter, so it is possible that this is dynamic behavior and not backlash. Since you indicate it is larger with a longer Z lever arm, this would be my guess.

If that is the case, others have had improved dimensional accuracy with a finishing pass using climb milling.