Aspiring Catholics get inducted into the church on the Easter Vigil Mass and its traditional for us to chose a patron Saint who displayed the virtues we aspire to emulate. My buddy converted and chose Pier Giorgio Frassati (a mountaineer and friend to the poor). I made him this gift as a reminder of his choice. 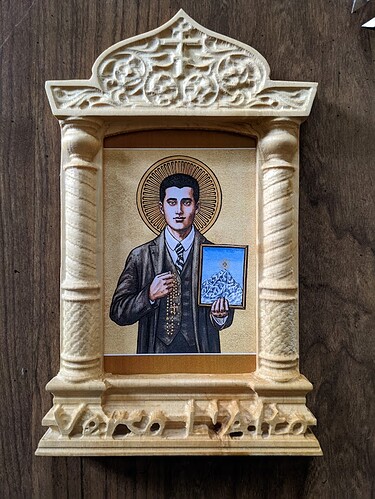 He’s a tool and die maker who does a lot with CNC machines so it was extra fitting. Turned out well in my opinion!

Project details
about 4 hours to mill but I was being conservative. Nothing worse to have two hours worth of work into a project and have it skips steps because it hit a knot in the wood. Digital Frame STL bought from etsy and edited in fusion 360 to add “Verso L’Alto” (to the heights in italian), and picture from theophilia at deviantart.com. Imported edited file into ESTLcam and let it do its magic - 1/4" bit for roughing, 1/8" ball nose for finishing at 10% stepover. Lowrider V2 4’x4’ table. 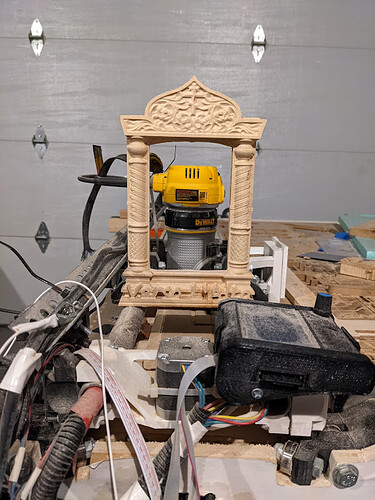 Pier-RObot586×781 137 KB
Also impressed at how well this foam mills. Used it to ensure the letters would be legible and test run at 300% speed to make sure the g-code was all good. (good thing too, Z driver over-heated causing it to crash. Added a fan for the real run and no issues) 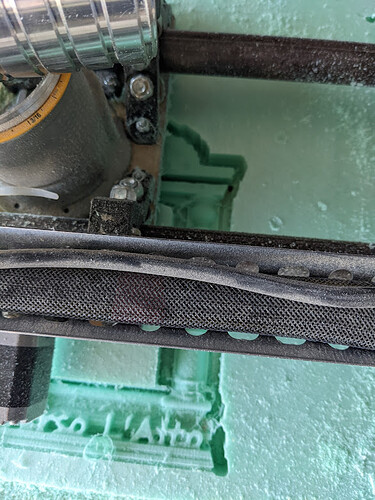