My Primo is fully assembled, and, after a couple of false starts, seems to be reasonably squared up. (see photos of the bounding box around the crown.)

However, the gantry seems to have a persistent wobble of at least 1-2 mm. It seems to be along the diagonal axis from (0,0) to (+,+) Based on previous attempts, it appears that with further tightening of the core clamps, I can eliminate the wobble, but on the last attempt, this resulted in the unit being thrown substantially out of square–over 10mm difference in the diagonals). And, it seemed to require an extreme amount of tightening, given the general advice not to overdo it.

I should add that at the point where the bolts without nuts are inserted into the core clamps, the wobble is actually much more. After “seating” those 4 bolts, it was somewhat improved. At this point, I’ve tweaked it a bit more to get it square, but the wobble persists. I’ve attached a link to a short video. Easiest to watch the movement of the pen near the bottom. 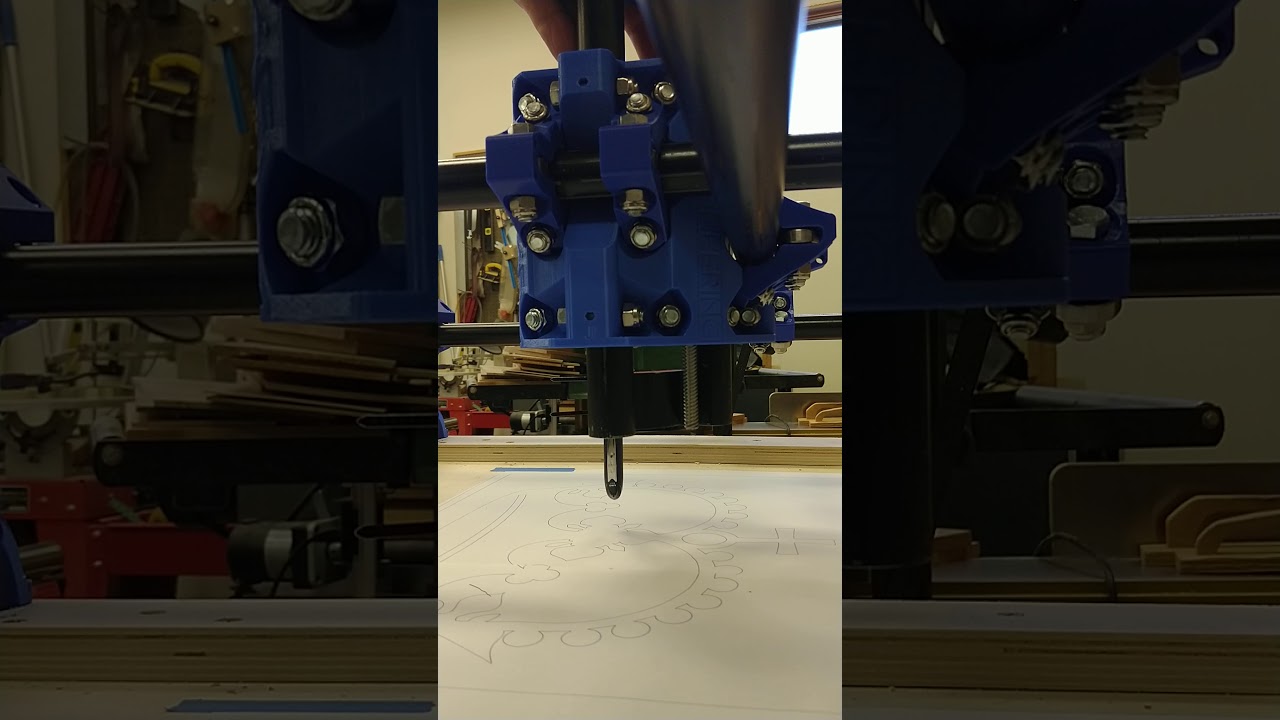 Any suggestions about how to finish this build? 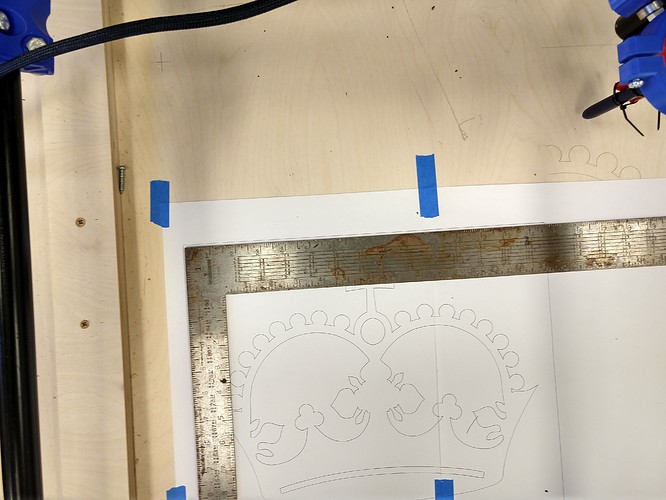 Well, looking at the video you posted… Can you check, if you can turn the bearings easily without moving the trucks? It looks like they are hardly touching the rails(the ones visible, at least).
The bearings are really tight on mine.
If that’s the case, then maybe your printed parts are a bit off, but not sure…
Does the height of the flanges of the core clamps connecting with the z-core measure out? Leftovers of a raft or sth?
If you could get your hands on a torque spanner, that might help you not to overdo it.

Thanks for your comments. The bearings seemed to be pretty loose, so I tightened the clamp bolts a bit more, and that seems to have mostly eliminated the wobble. The unit is now clearly not quite square–sides of a drawn box are OK, but the diagonals are out by a few mm over about 27 inches. I’ve decided to move forward and see how it performs. I expect that I’ll have to re-do some things before it’s all done, but, for now, I’ll just try it, “as is”…

You’re welcome. Had a very similar problem. It did not wobble that much, but during machining it vibrated like hell

After first tightening the screws to remedy this, the angle between the Gantry and the XY plane was off aswell. Back then the Z axis was the only primo part, the rest was still burly.
It got a lot better after loosening all the screws and tightening them again (in pairs, if you know what I mean) with a torque spanner, and making sure as well as possible, that the clamps are all tightened with the same force.

Then you could try and use a dial gauge and out a precision bolt in the spindle to measure how far you are off when you move the Z-axis up and down. That’s not perfect, but if you do this from multiple sides, you should be able to narrow it down.

But I only took it so far. Wanted to see some chips, aswell, and the primo upgrade was pending, anyway

I have the same problem. the bolts and nuts are tight, but it doesn’t help. I think to make some modifications for the structural strength.

Just found this, haven’t tried it yet Ha… Sorry. I always have to laugh when my videos show up on this site.

Hope it helps you.

I still have this issue crop up every so often. I’ve used electrical tape on the ends of the rails to help hold them in the clamps and keep them from rotating.

After fighting with my slightly odd shaped rails for quite some time, I recently bought some very straight and very round stainless steel ones from a different supplier. I still need to swap them out and see if they fix my issue for good.

I rotated mine a bit, still seemed to need a bit more tightening on the bolts.