Problem with Fusion and Z feedrate

Hello and greetings from Finland!

I am trying to generate gcode from Fusion with guffys post processor. For some reasons Z feedrate in gcode seems to be the same than with X and Y, in my case 720mm/min (cutting rate from fusion feed&speed) . So neither the Travel Speed Z option in post processor nor max Z feedrate in Machine Kinematics in Fusion are working. They both are set below 400mm/min. This is my first time trying to create gcode straight from Fusion so I cant tell if this is something to do with the newest Fusion update or what. Plunge speed limit seems to be working but it only limits plunge moves. Anybody having the same issue? Or is this even anything to be concerned about?

The other issue I’m having is that the first move from machine 0,0,0 to entry position does not take retract or clearance heights into account and is dragging the surface. This is something I can fix manually by lifting the machine after setting z=0 but it’s against the idea I think.:D.

Also tried the other post processor, martindb’s, both issues appear also with it so probably Fusion is the problem?

I used Estlcam earlier succesfully but my current project includes a lot of difficult 3d shapes and various toolpaths so Fusion would be better I guess. If it worked.

Here is the beginning of generated gcode:

Can you post screenshots is the speed panel for the toolpath?
New restrictions on the fusion personal license will limit all travel moves to the cut speed, but it shouldn’t speed them up. That’s really odd. Of course, fusion releases updates every month with a list of bugs they fixed, soooooo…

As Tony suggested, my first thought was Fusion 360’s changes to feedrate for their personal use license. If it is a Fusion 360 bug rather than an issue with your settings, you might be able to work around it by inserting an M203 command in your gcode file. Note this command takes units per second, not minute.

Just in case this is a useable workaround, you can set the maximum feedrate in Marlin with M203. That will make your max Z speed for any moves limited to that value.

The gcode should be right, and I haven’t seen this particular issue with fusion complained about before, but if you’re just worried about the top speed, then you can limit that in the firmware.

Thanks guys, have been reading Autodesk forum and it seems that several post processors are broken because of the new restrictions.

Hi Guys,
I am having the same issue. It is because fusion took out the rapid movement.
How it was working before it used G0 and the postprocessor was able to seperate the xy and z axis for moves that not belongs to any operation. But now fusion is saying all these movements counts as cutting movements and now the postprocessor can’t seperate them, so all the axes using cutting feed rates. It is super annoying since my (and might everybody?) MPCNC Z axis can only go as fast as 300 mm/min

Hi, I ended up buying a subscription for Fusion so I can’t really tell.

I think I’m having the same problem.

The other issue I’m having is that the first move from machine 0,0,0 to entry position does not take retract or clearance heights into account and is dragging the surface. This is something I can fix manually by lifting the machine after setting z=0 but it’s against the idea I think.:D.

I think I’ve been having the same problem as you, my machine cut a big gouge into the workpiece right at the very start.
I fixed it by removing G21 and M117 lines. Full thread here.

I also had the issue of Z feedrate. Thank you Jeff, Robert and everyone for your help.

The move from 0,0,0 to the first position is caused by the hobby version of F360 converting all Rapids to cut moves.

If you inspect the tool path operations inside F360 you will see the first move is a Rapid to the start location. Rapids are implement in Guffy’s post processor as a move first in Z and then XY. This raises the tool before moving sideways. The same is not possible with cut moves as there may be a cut that moves X, Y, and Z at the same time.

I’ve done several cuts with the resulting Gcode and everything worked as expected but this doesn’t mean I consider it well tested.

Because of the extensive changes I isolated the mpcnc code from Guffy’s code that supports firmware other then Marlin. This is fairly easy to correct, now that my other changes work, but I just have not done that yet.

I had planned to create Pull Requests to merge the code back into Guffy’s repo but the changes are not issolated - so this is not simple. My code is currently in a branch in a forked repo.

I’m looking for people that want to test this Post Processor. Hoping to tidy it up and make a test post processor available this weekend.

@guffy if you have thoughts on a PR to bring the code into your repo we should talk. At this point though all the code has been duplicated into a new file and then changed. I will attempt to again create a commons.js but it has significant changes and I can’t say it hasn’t invalidated some of the extra features you supported.

Honestly, last time many of my DIY activities became significally reduced. Unfortunately. And latest Fusion 360 limitation changes disappointed me a bit too.

But I found a task to somehove overcome them and make PP more safe interesting.

By the way, it seems that CAM motion engine of F360 does not respect to kinametic limitations that you may define for your machine (and select it in a setup). Maybe I’m wrong with this point, but it seems like that. So for a CNC that has limited feedrate for some axis (like MPCNC) it is a big problem, more general that just rapid moves.

So I decided to spend a few hours to solve 2 tasks:

You can fnd and try my version here: 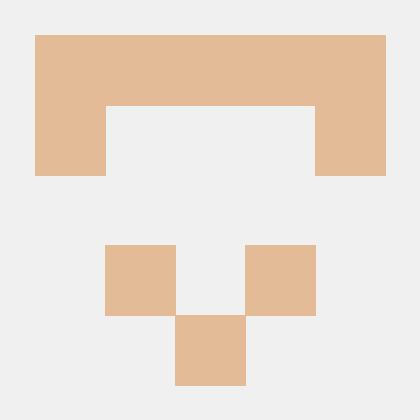 Marlin/MPCNC posts processor for Fusion 360. Contribute to guffy1234/mpcnc_posts_processor development by creating an account on GitHub.

Hi Guys, I am trying to import these post processors in Fusion 360 and it is telling me that it is invalid.
I have the personal license and I am facing issues with the gcode generated by fusion. I think it is related to the arc movements and that kind of stuff.

Have anyone tried to import recently?

Import does not work, but you can following the instructions here and just place the two necessary files in the correct subdirectory.

On my Windows 10 machine I place the files here:

I use Marlin, so I put these two files in from the Guffy zip file in that subdirectory:

I suspect that the import fails because Guffy split the PP into multiple files.

While reviewing the Beta I noticed that the adjustFeedrate() appears to always return properties.jobTravelSpeedZ when the Z feedrate needs to be scaled.

Ignoring that properties.jobTravelSpeedZ is the Z travel speed and not the safe Z cut speed, there is an issue with the math.

The Beta’s calculation of the new feedrate is

If you substitute k into the second line then the two zFeed values will always cancel each other and you always get properties.jobTravelSpeedZ.

Thanks Robert, I was able to import by following the instructions you pointed out.
I am using Mac OSX so it was little different from what you mentioned, but it was there in the instructions.

I am still facing issues when running my g-code. It stops in the middle and I suspect it is related to the arc rounding issues. I even disabled arc and still have issues.

Do you think it could be related to the personal license of Fusion 360? I don’t wanna buy a license without knowing it will work with my machine.

BTW, I am sure it is not related to EMI, as the problem happens with just the arduino running.

Anyway, I appreciate any insight people would have to help me with this.

I am still facing issues when running my g-code. It stops in the middle and I suspect it is related to the arc rounding issues. I even disabled arc and still have issues.

I have to leave, so I cannot give you issue much thought, but if it happens with just the Arduino, one approach would be to cut out G0/G1 in the .gcode file to see if you can isolate a particular part of the file that is causing the problems and see if there is any unusual g-codes. Maybe bit change gcode is being inserted?