Question for the Linux Gurus- Maybe coming to the darkside

So iI got this cute little 2-1 laptop from the kids for Christmas. Its a Lenovo Flex 5-14IIL05 Laptop. So since i cant leave thiings alone i upgraded the nvme m2 to a 500GB. and well sinve it now had no OS anymore i had a reason to finally go back and try linux again. I played with Arch 7 years ago but didnt do much.

so i tried Arch again. lol and mint and ubuntu and mx and finally settleed on manjaro. all i tried had no sound and no touch screen. i figured out the sound but touch screen requires a kernel edit which in already done in the 5.11-rc1. so i compiled the kernel with makepkg -s and after an hour fished no errors. Next i run makepkg -i for install and i am getting a cannot move error directory not empty. Any ideas what i can try? Near the bottom is what im talking about 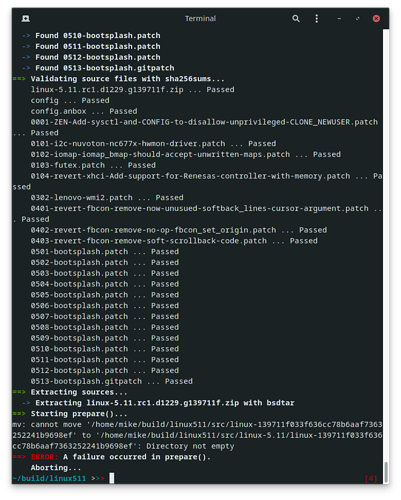 i am following the instructions on this page. and i should be on the kernel install section 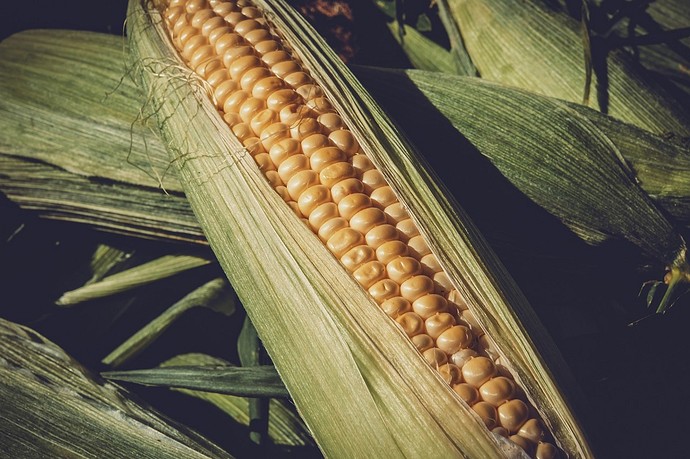 Compiling a custom kernel on Manjaro and if you just need to change a few configurations then this quick guide is for you!

Sorry, I have been using Linux as my desktop for 15 years. But I don’t mess with anything that deep. I just use Ubuntu everywhere now, although I like to replace the wm with i3. The hardware is usually very smooth, except for nvidia, which frequently tries hard to break itself on updates.

No worries. Thought i would try my luck here before having to join another forum to ask there.

well i started reading and found it was supposed to create compressed files to in stall. even though it was failing those files appeared and i decided to see what was in them. one manjaro started installin. ended up it had worked(or so i thought). get confirmation that new kenel was installed. i reboot and the touch screen works but now the keyboard doent work and i counldnt do anything so i took a break.

lol during my break i found another distro that looked good. arcolinux installed 3 differnt desktops and alot of other stuff. i told it to usee the newest kernel because it had figured out how to get the rc version to compile. after the 30gb install EVERYTHING WORKED on reboot.

So i guess now im half way to the darkside. we will see how much i use the desktop on when it will get switched.

When I first used Linux, this type of fuss was the norm. Almost every computer had some piece of hardware that need specific attention. Ubuntu seemed to really change that, although I didn’t use it for the first several years (I used opensuse, which was also getting much better at that time).

For the last ten years or so, almost every computer I have tried to run ubuntu on works right away. The ones with nvidia graphics still need proprietary drivers, but that’s it. Then I apt get every piece of software I could want and I don’t pay for basically any software (not just the os). And the package manager mostly makes sure the software doesn’t fight each other.