I was looking at possibly making this, but was looking for a less expensive controller board. The board they spec is $47, though it is a nice all-in-one board that simplifies wiring. BOM says you can also use an equivalent Arduino M0, ESP8266 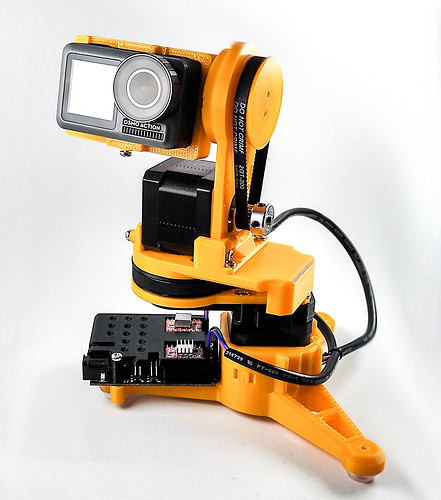 This is, basically, a 2 axis (azimuth/altitude) Wi-Fi remotely controlled robot. Completely OPEN SOURCE (all the design files and control code are fully

I found this clone that looks like adding a cnc shield and the ESP8266 might work. I have not found the best way to wire the ESP8266 or which ESP8266 clone to use yet. 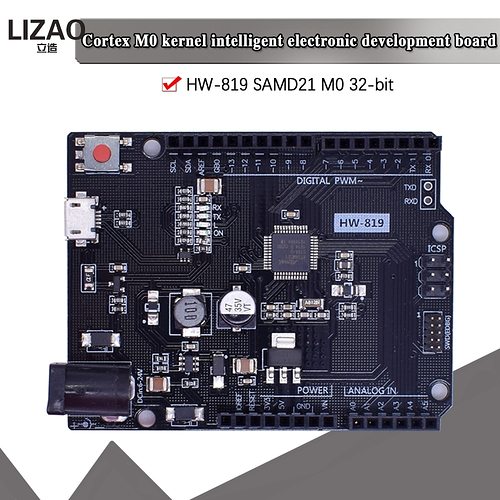 Anyone have suggestions for board alternatives?

Nodemcu or wemos d1 are popular because they have builtin usb. Esp01 or esp12 versions need an ftdi to flash and you have to pull pin 0 to ground while booting to trigger the bootloader to flash.

It reminds me of the bart dring plotter boards. But Bart’s boards don’t use a second controller. They do it all on the esp32, which is very capable 32bit dual core microcontroller. But I am guessing you want to match this hardware so you can avoid writing the software. If you wanted to hand wire the drivers to an esp32, you could use grbl_esp32 and get away for $10 or so. All of Bart’s stuff is open source.

Not sure I want to try writing the software. Maybe another solution will show up before I build this. Probably won’t work on it for another month or so. I did find this video on hooking up stepper drivers to an ESP32. 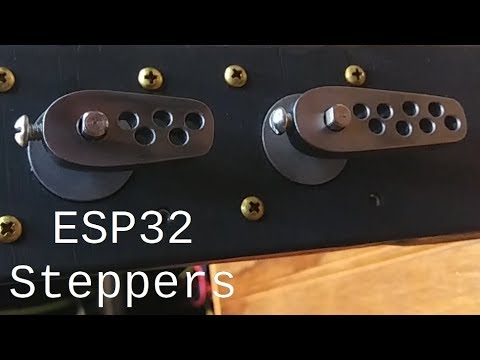 This file has been truncated. show original

It is not very mature. But it has a web interface and steps the two motors just fine.

Since you have given me a very good starting point, maybe I will pursue it. Is this ESP32 a good choice to start with? ESP32 Development Board Wireless WiFi +Bluetooth compatible Dual Core CP2104 Filters Module 2.4GHz RF ESP32 High Quality|Wireless Module| - AliExpress
What would be good to use for the stepper drivers? I would start by putting this on a breadboard. I was going to play with breadboarding last winter, but didn’t get around to it. This might be a good project for that.

I liked the simple movement of this robot & seems like it would be interesting to play with ideas with it. We do have a cat that would love the laser pointer. One thing I was considering & not sure it would be possible would be for it to follow movement with a camera attached, maybe like a bird cam. I could at least manually follow a bird or a squirrel in the yard. Probably would want more silent stepper drivers for that though.

Thanks for insight & code.

Would a couple of these expansion boards work for using the stepper drivers on the ESP32?
They are only $2.01 each. 1PC A4988 DRV8825 3D Printer Driver 42 Stepper Motor Driver Control Expansion Board Module For Arduino UNO R3 Ramps1.4 DIY Kit|3D Printer Parts & Accessories| - AliExpress
Or this one which has better reviews.
42 Stepper Motor Driver Expansion Board DRV8825 A4988 3D Printer Control Shield Module For Arduino UNO R3 Ramps1.4 DIY Kit One|Integrated Circuits| - AliExpress

All those parts looks fine. Good old drv8825 or a4498 would be easy to use. TMC takes a bit more work, unless you configure them in standalone mode.

The steppers would get higher voltage, like 12V or at least 9V, I would guess. I would guess the esp32 only uses 5V. So you will need to power it from the usb or get a dcdc buck converter. Be aware when you’re poking around on the breadboard to keep the 12V where it belongs. It won’t arc ir anything, but if you accidentally short 12V to one of those pins, it will be toast.

Doing some kind of automatic bird following is tough. Even something that is easier to recognize, like a bright light in the dark would be tough. But figuring out what in the image is a bird requires more horsepower. I would hope someone had a library that would be pretty much done already that found birds using a neural network and was relatively quick on a pi. If you have low resolution or too much latency, it will be a hard problem fast.

You could do what I did though and set the start/stop points, define a duration and have it slowly pan around to take some fun timelapses.

Maybe I will go ahead and order those boards in the next few days unless I get a better solution. I have to finish fixed front deck before starting another project & am building a new PC after the deck. I have not had a new desktop PC since 2010. The PC will probably only take a day or less to build though. Will use my old GPU until prices on those come down to more reasonable amount.

I bet you could wire a board that would work with grbl_esp32 if you don’t like them in this project. Have fun.

The bdring boards just have an sd card socket, a power supply (for 12V to 5V) and come together in one pcb.

The 6 driver board also has a second microcontroller for more IO.

prices on those come down

Crypto has been jacking those up for some time for mining so I’m not really seeing an end in sight. 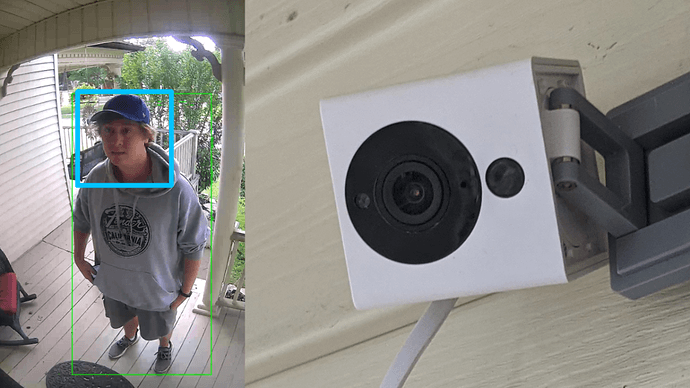 Who can it be now? How to Build a Raspberry Pi Doorbell that Recognizes Friends

Create a camera that identifies and announces your friends by name.

But now I’m wondering if I can combine the two. Maybe you can try using bird photos instead of friend photos to trick their algorithm to track birds?

I started to get a Ryzen 5700G to circumvent the GPU shortage, but they have 1/2 the L3 cache & do not support PCIe 4, so currently going with at 5600X & reuse my 2gb card until prices stabilize. I can wait another 1-2 years for that. I do have a 32" 4K monitor that will not go up to full resolution with that card, but is sufficient for me. I put together the parts list on pcpartpicker.com and check prices each day. So far, I picked up a SeaSonic 750w PS for $35 off & $15 rebate.

I had seen that doorbell project, but had not considered putting them together. I will file that in a browser favorites folder for future reference. Thanks for the suggestion.