I really like the RepRap iTopie, so have started to build one. I didn’t build my MPCNC with enough Y-axis to cut the larger parts of the frame in one operation, though, so have split each large part of the frame into two pieces. I could have done a jig or some alignment pins and moved the workpiece for two operations, but I’m only building one, so decided to try it this way.

I have done absolutely zero woodworking before, so it will be interesting to see how (if) this works out. 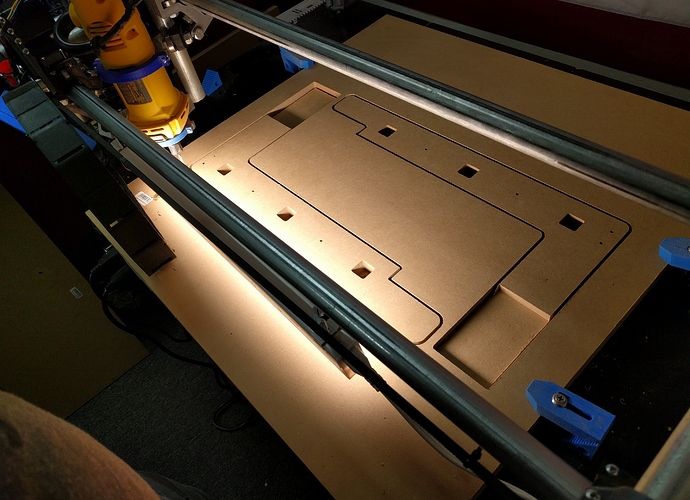 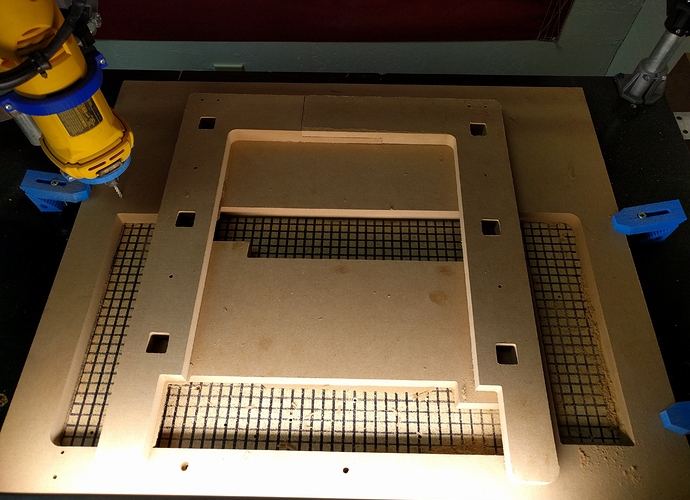 Thanks guys. Ran out of MDF. Will cut the horizontal pieces hopefully tomorrow. Will post results here.

I finally went and got some more MDF. Here is the horizontal portion of the frame. I was depending too much on my corner clamps, and had the workpiece try to lift during one of the drills, which is why you see filler on the one half. I’ll start throwing a screw or three through the middle portion if I do any more of this sort of cutting in the future.

I also (perhaps foolhardily) printed all of the 3d printed parts in one go, which took a bit over 18 hours on my machine. Electronics and hardware are still trickling in from China. 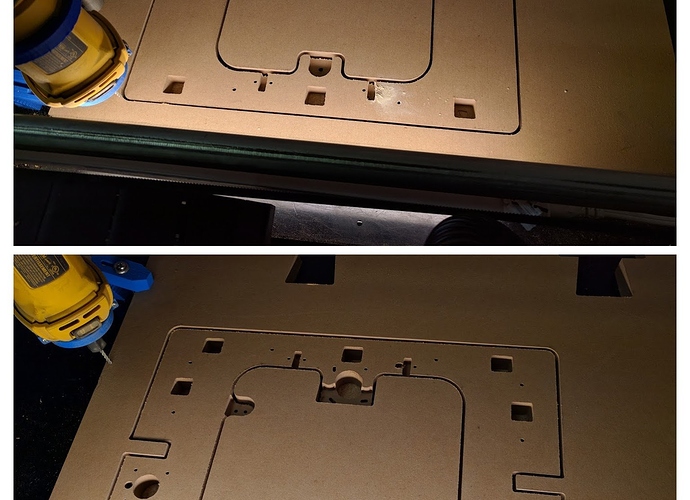 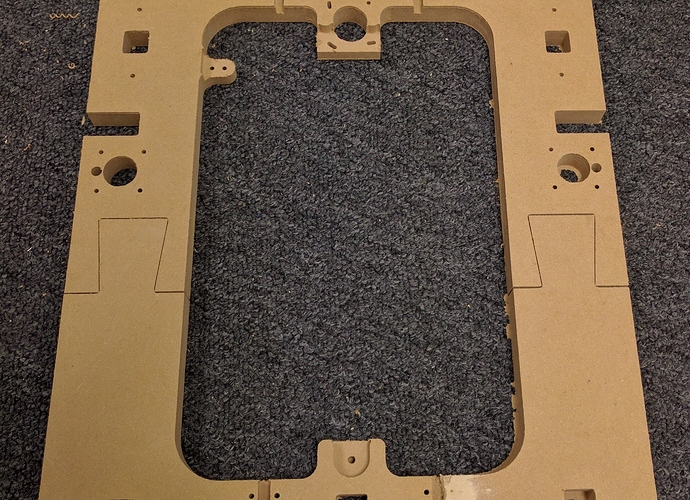 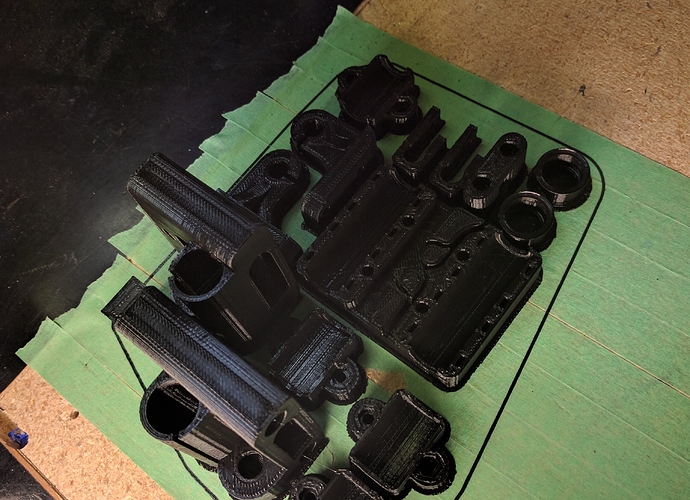 Wow, I’m totally 4 months behind on when I should’ve updated this thread. I finished the iTopie around the middle of May. Frame cut and parts printed on my MPCNC. It’s been an awesome printer and my go-to for PETG printing. As far as I know, this may be the only iTopie made with 3/4" MDF. I did it thick because I wanted a solid printer. I definitely have that in this build, but 3/4" is probably overkill.

This thing has been a tank. I was worried about the dovetail joints being on the horizontal portion of the frame, but they haven’t presented any problem at all. 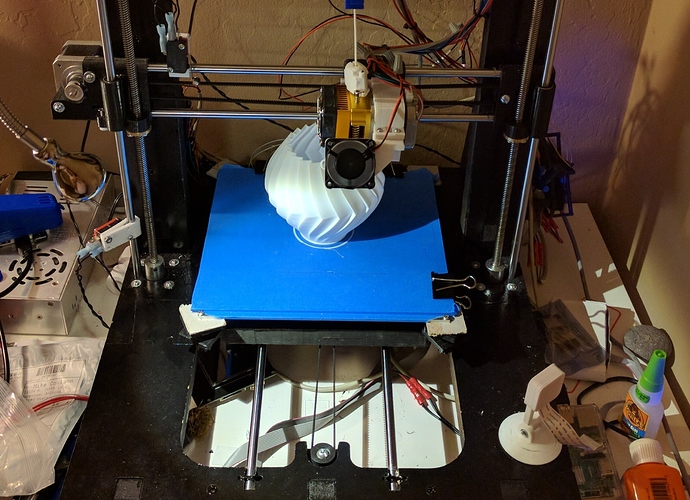 Nice work! I have been looking for a real project and seeing your work inspired me to do the same! Itopie would be my first project using the MPCNC. Any tips on speed and depth of cut and anything else you can impart would be greatly appreciated! Thanks. Again, nice work.

Nice, mine is almost done now, only 16mm mdf though 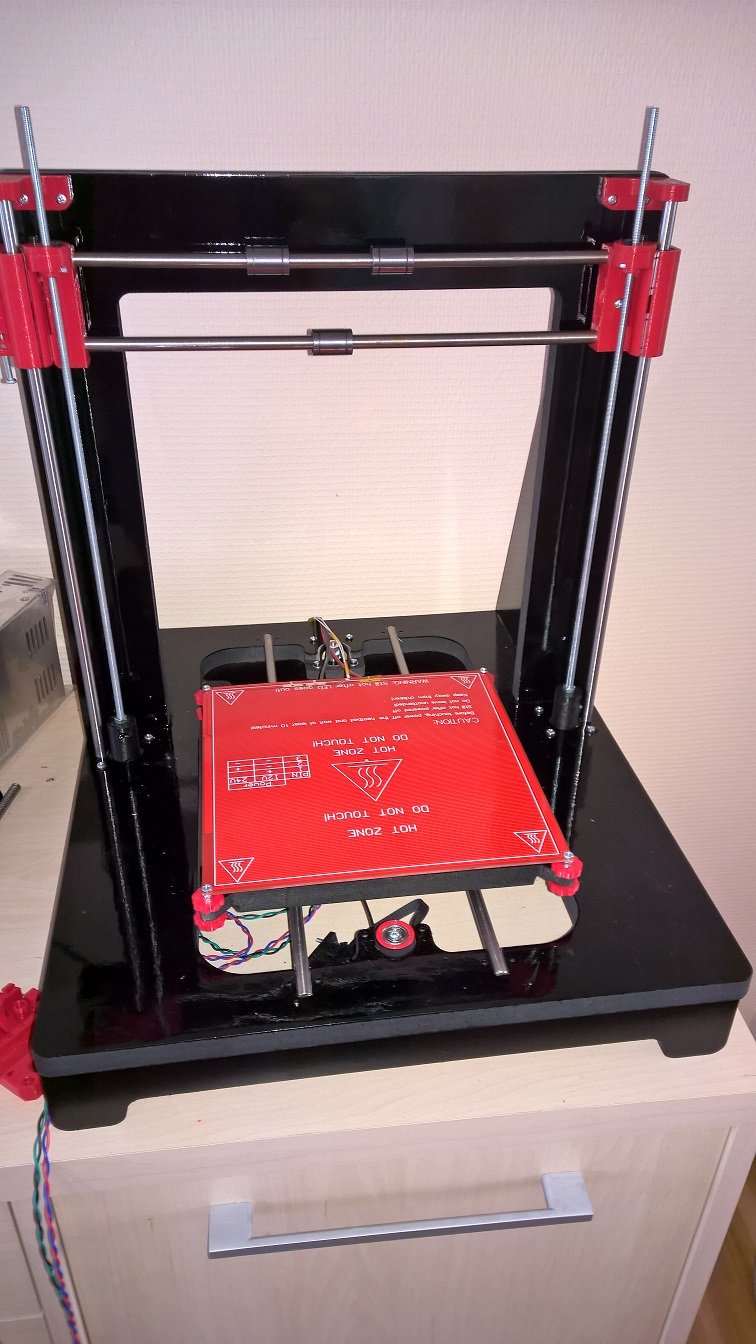 Sorry for the extreme delay.

Unfortunately, I don’t have a good answer on speeds since I didn’t yet have a tachometer and was using the DW660 to make the cuts. I can tell you that it was dialed down to about half the maximum speed. I’m guessing it was running 15k-20kRPM. Feedrate was 15mm/s for cuts, 1.5mm DOC. I did this with a 4FL 1/8" HSS endmill. I don’t recommend this tool in particular, it’s just what I had on hand at the time. Maybe 2FL would make more sense. A downcutting tool might be better also, since the panels are easily lifted into the tool, especially when plunging. I don’t really know much about cutting wood, even less so with MDF.

The iTopie has been an excellent machine for me. I think it’s a great project.