I recently did a before an after of our pup, Oliver. We got him around the same time I started getting serious about making stuff out in the shop and routinely hangs out with me while I’m out there.

Who else has a four legged helper in their shop? Post em up!

Do bats count? I have a couple dozen bats hanging out in my barn.

My loyal watchdog, Mac… ever alert, faithful, ready to take on any intruder. Here, poor Tux, has approached the master a bit too aggressively… 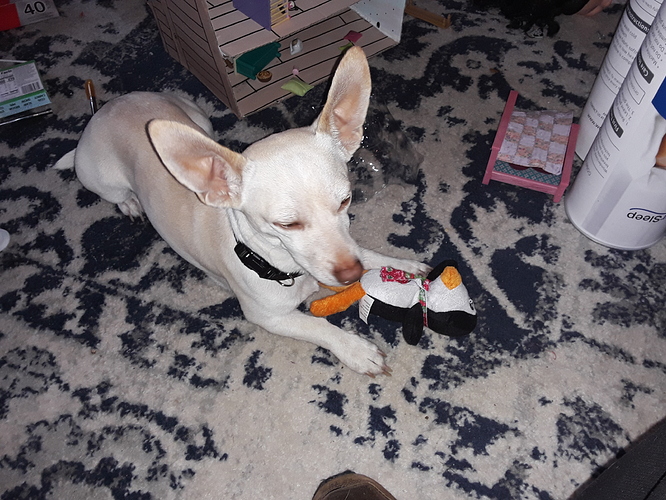 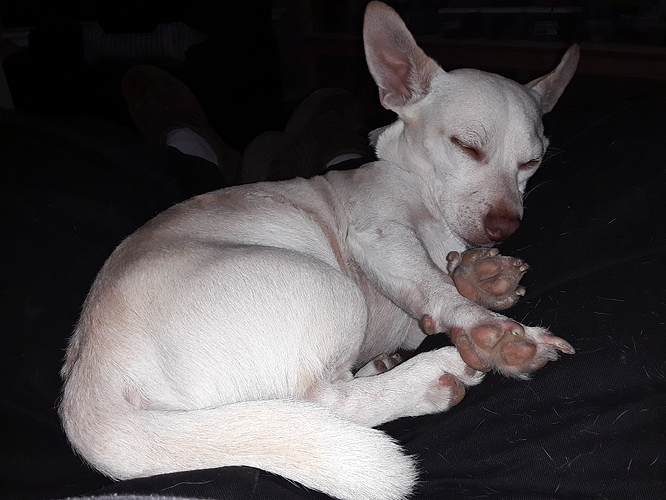 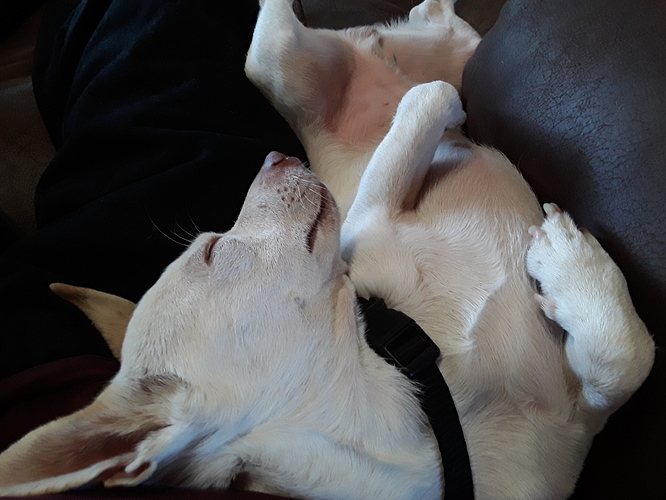 Uhhh Barry, one is kinda cool…couple dozen??? You must be headed for vampire territory, Count Barry.

I have a few helpers. 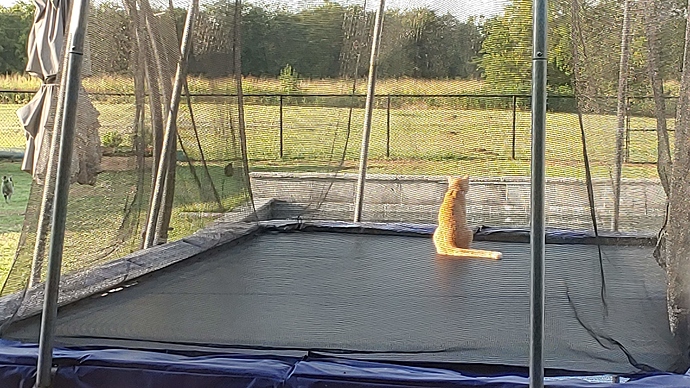 This is skipper. She’s the matriarch of the feline pack. She runs the younger two with an iron paw and is swift to pass judgement. She’s also known to attack if you’ve been petting her for too long. It’s very eerie waking up with her near your head as you don’t know if moving too fast will warrant a scratch mark. 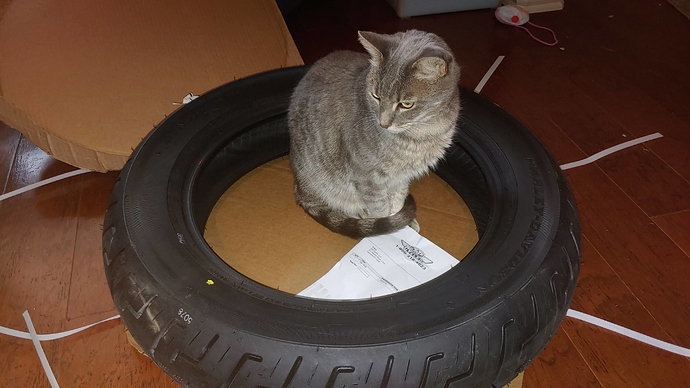 Lastly, we have our old girl, Maya. She doesn’t play well with other dogs, but is a great shop companion. She’s also my shadow. Anywhere I go, she’s following. She loves the fact that the shop has two doors that open up to the backyard so she can mosey in and out. She has a bed out in the shop that she uses when we’re out there. She’s getting close to 13yo now. 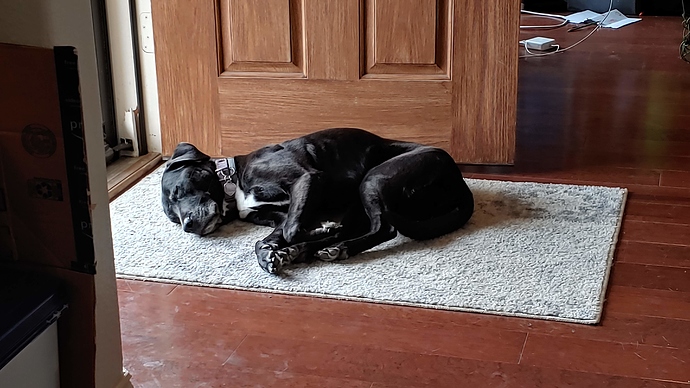 Here’s “the twins” hanging out on the back porch waiting to be let in after a night out on the town. Stomper isn’t much for the outdoors, but he doesn’t like his sister going out alone. He’ll cry at the back door to go out… run out about 15 feet and then just sit down. 2 minutes later he’ll be crying at the back door to come back in. I guess these two are about 1.5 years old now. 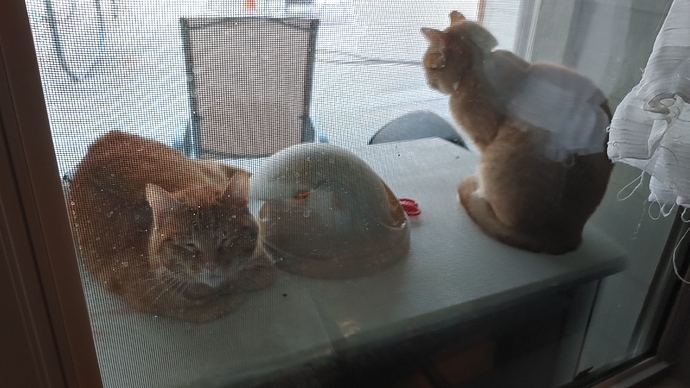 You have a lot of mouths to feed!

Buster usually isn’t more than a few steps away when the workshop is in use. 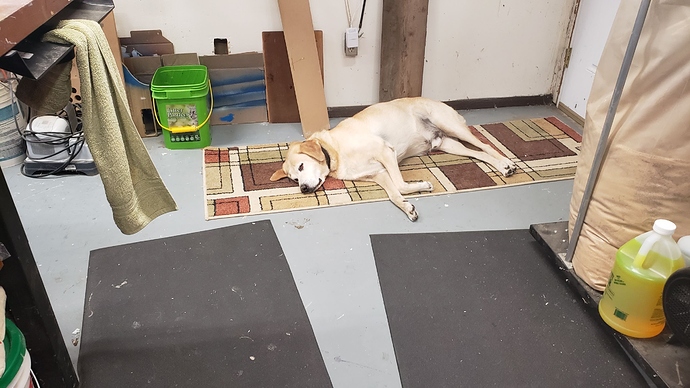 We also have 7 chickens and two fish tanks. 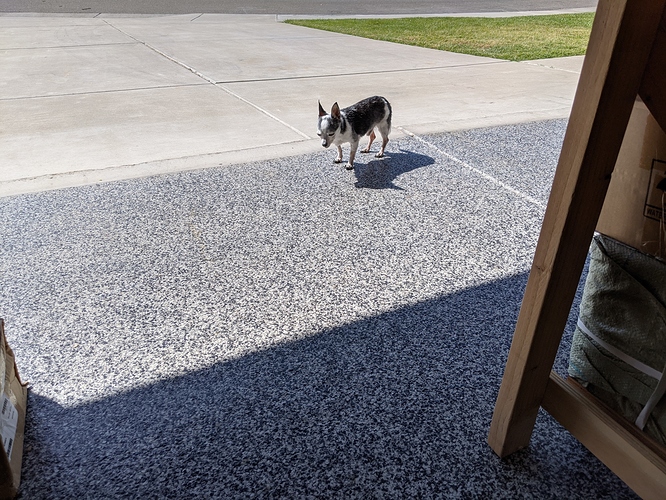 This ol fart likes to come out once or twice a day, warm up in the sun for a couple minutes, get his butt scratched, then wants back inside. Completely deaf so no problems with router noise, pretty crappy vision (never sure if the screen door is open or not), but his nose is on point. Can smell fries before I even get to the table.

I only have fish and children. The fish don’t really like the shop. The kids like it a little too much.

I have 2 dragons , 2 children(adults) and daughters 2 cats. The kitten thinks she’s a dog though. She will play fetch for as long as you throw her ball

That’s pretty much my opinion of being outside, too… “Well s#!t, now what?”

Here is my shop dweller! 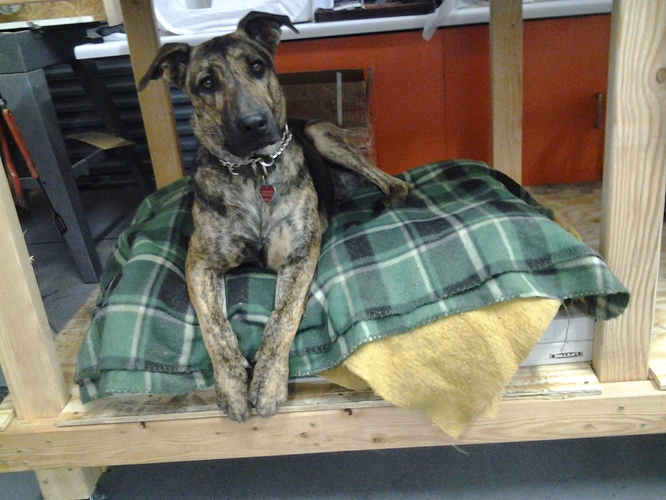 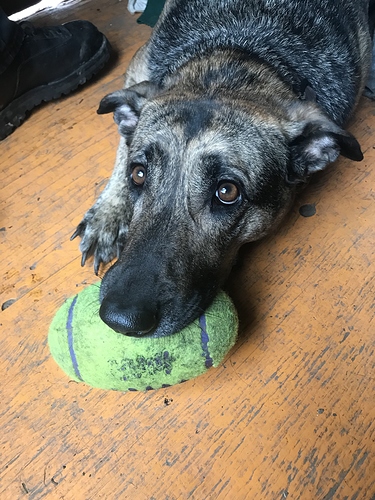 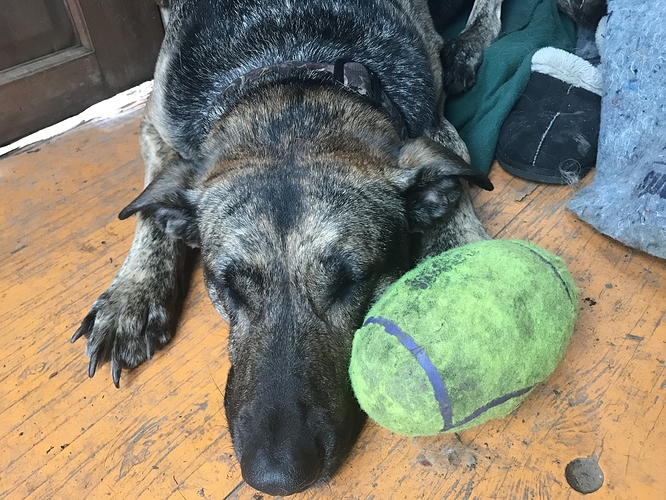 His idea of helping is chewing on scrap wood and laying in front of the fan. 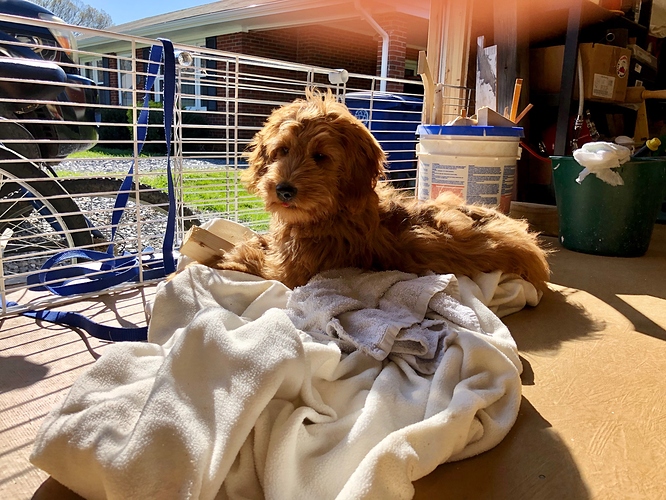 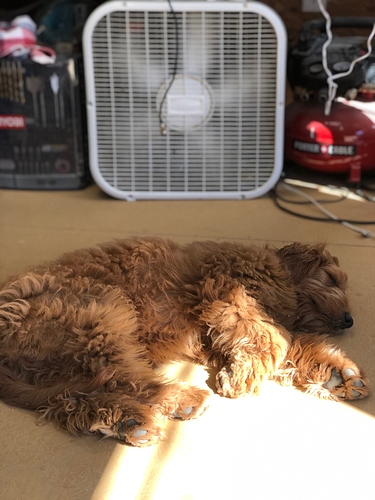 One of them came down to visit a couple weeks ago. 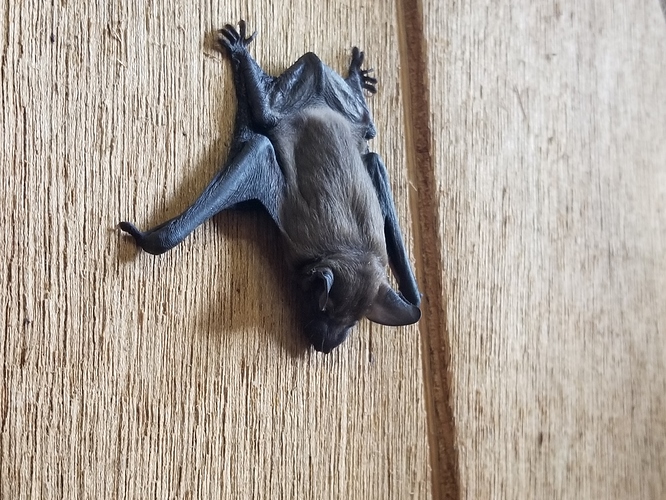 This one hates the noise in the shop but helps out with fusion 360 by staring into my soul. 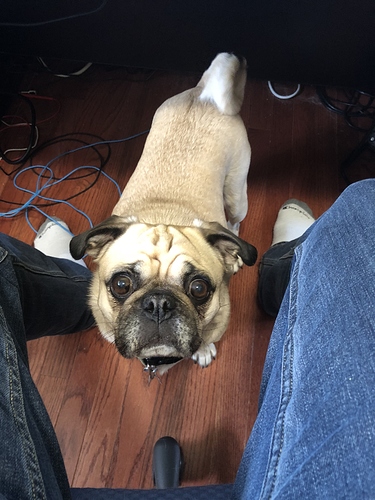 That’s just unnerving. I suppose it’d be worse if you actually made eye contact with both eyes at once…

Keeping an eye on your aura, not your soul…

Full pug, or some -ug mix? I can’t tell if the muzzle is foreshortened due to camera angle or genetics…

She’s a pug -beagle mix I think. Here’s a profile pic. Kinda built like a dragster… tall in back short in front with more of a snout. She can really run without getting winded compared to a pure pug though. 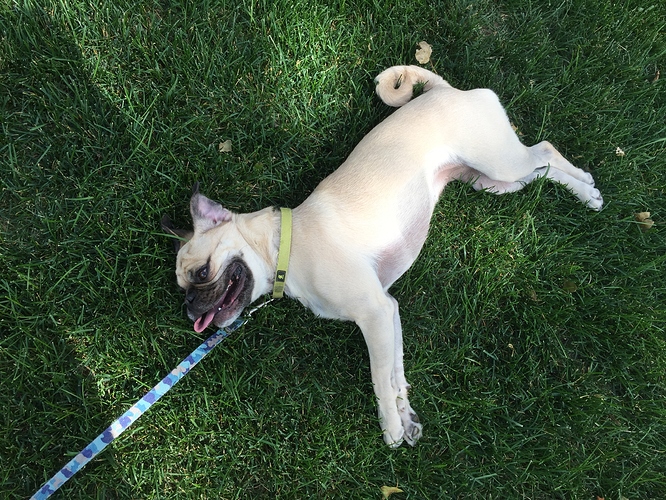 Less of a “helper”, more of a “work inspector” afterwards 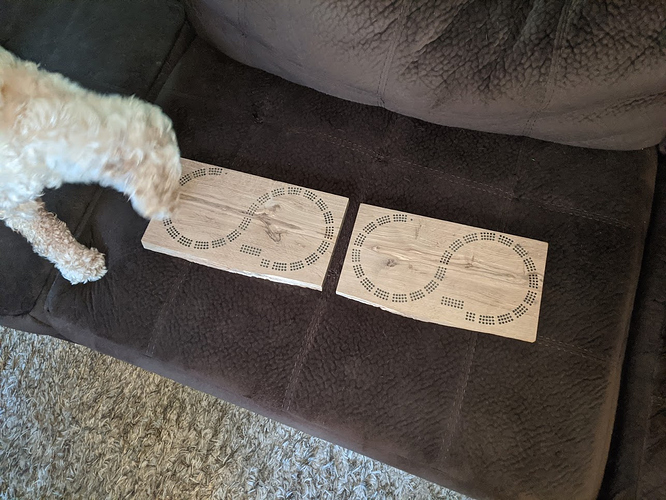