I’ve wanted to build one of these for a few years now. Last week I pulled out all my partial PLA filament rolls and began the long printing process. For the most part, everything printed without issue, although I did run out of silver PLA near the end of one part.

With the printing process done, I had to settle on a build size. In the end, I decided that this MPCNC is just going to be a trial run to learn how it works. To that end, I decided on an 18" x 12" work area. I’ve also wanted to use as many parts that I had on hand as I could. I have a sizable inventory of used/old 3d printer parts and an old Rigidbot that I de-commissioned a couple years ago. Steppers came from the Rigidbot and a Prusa MMU kit that I recently decommissioned. I had/have almost 100 bearings on hand from when my son was making/selling fidget spinners. Most were sealed (didn’t spin well on fidget spinners so they never got used.

In the end, I had to purchase conduit, wire, bolts and screws. I did have to cobble together a lead screw/nut system from the Rigidbot that’s not ideal, but it works (lose about 1/2" on the Z axis). Also, I’m using older ramps boards 1) Ramps 1.3 with Taurino Power Arduino and/or Sainsmart 2 in 1 (which is also Ramps 1.3). This took a little trial and error in Marlin since the boards are old enough that I didn’t have any documentation and couldn’t find any versions on the boards themselves.

I decided to run the wiring and install the end stops for the dual end stop configuration, but actually connected it as a normal series MPCNC. If I decide to experiment with dual end stops in the future, the wiring is already in place.

I’ve attached the first Crown print. Please note that I had a pen zip tied into the tool mount and the MPCNC has not been leveled or squared, it’s just sitting on my dining room table.

It will get leveled and squared when I mount it properly to an old table in my garage. Also, I have already adjusted the the 16 tooth gear in the second video so it doesn’t rub.

I plan to experiment with this MPCNC and slowly accumulate parts for a proper build in the future, once I know what size I really need and what materials I want to work with. 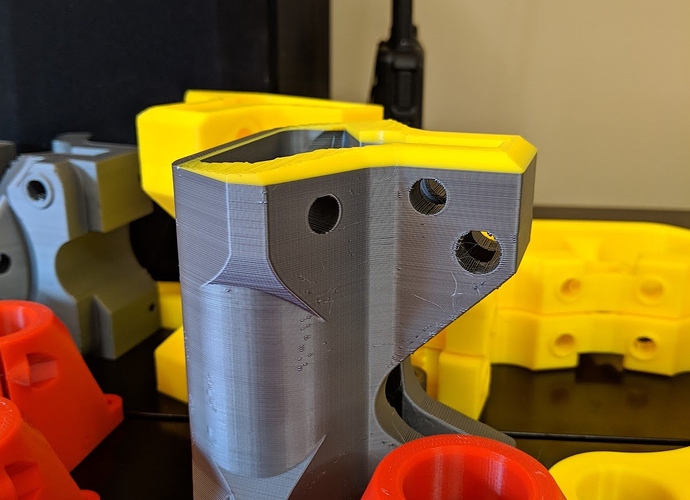 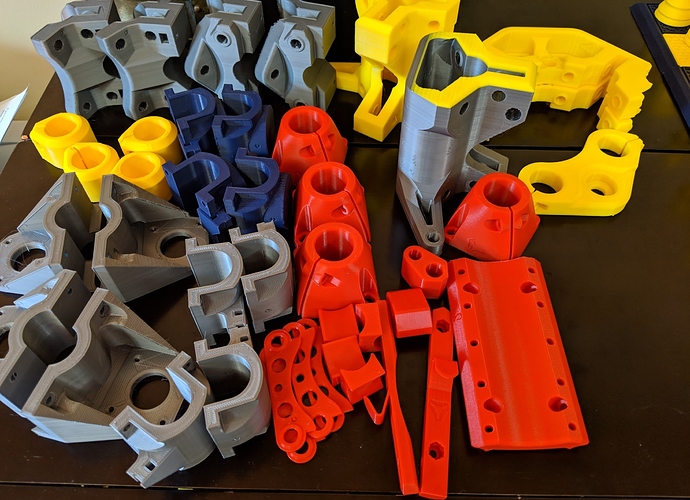 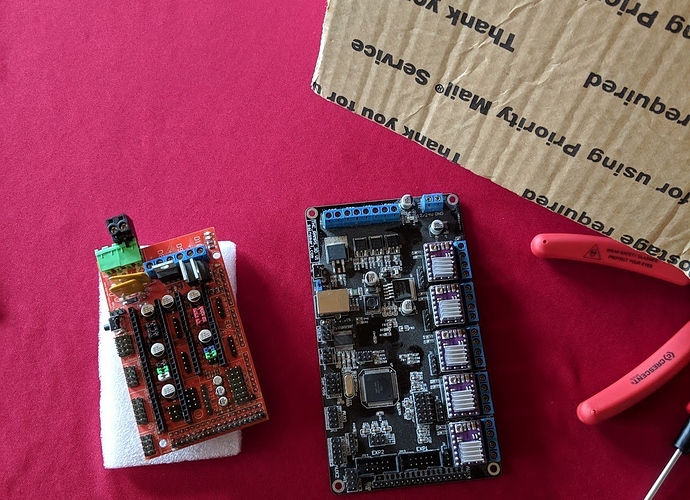 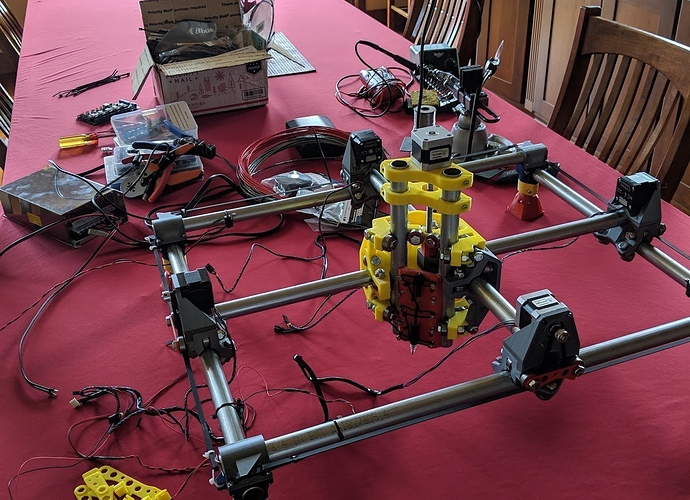 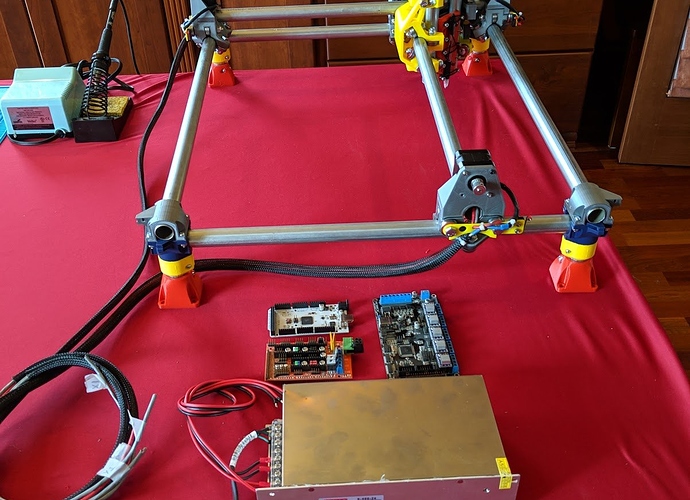 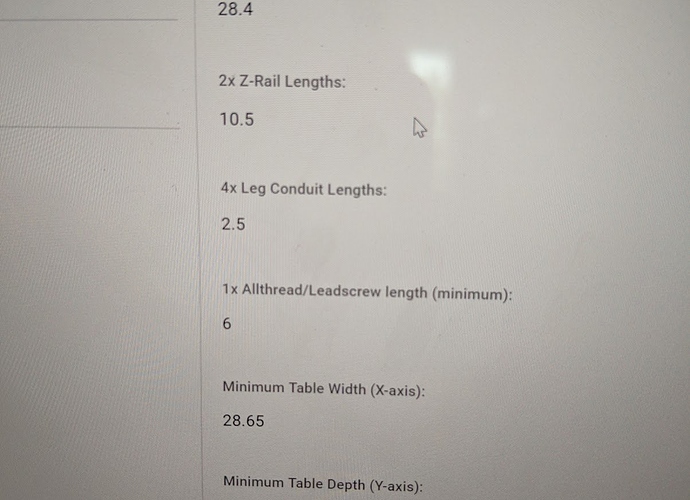 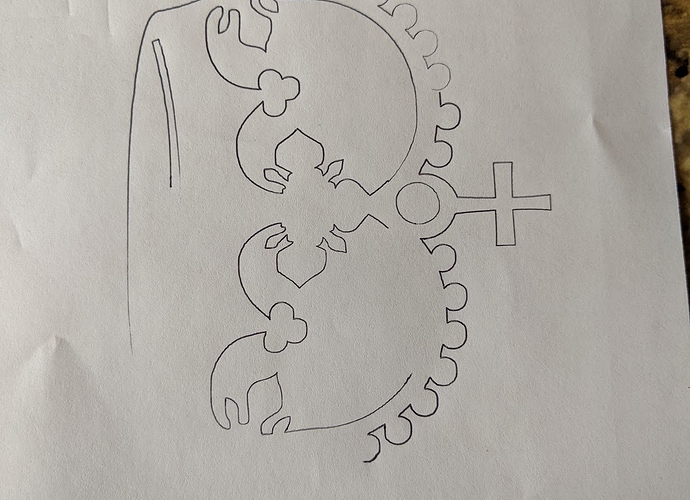 Awesome, glad you decided to build it!

Tried to make the “Rough cut body”, but the conversion from inches to mm in gcode is borked (go figure, it’s on the inventables x-carve site and the first two files worked flawlessly but then the option to switch from inches to mm disappeared and the gcode got funky). It wouldn’t run until I went through 13,000 lines to clean it up, add spacing and take out tool switching??? Anyway, it made it about 3/4 of the way through and then plunged straight down through the part and my spoil board.

Apparently I made a mistake somewhere between line 8,000 and 13,000 (funny how the first two prints generated perfect gcode and the 3rd one was f’d up

I’ll eventually figure it out, but it’s not high on my priority list. important part is that my MPCNC does an excellent job and I’ve got like $180 into it. Granted I had a lot of parts on hand, but so will most people who’ve had 3d printers for a few years.

Also, I’m just going to have to get used to making my own files…shouldn’t be an issue since I’ve started dabbling with my own 3d printed models any way.

Let’s just say that it’s far more capable than its operator at the moment.

ps. I just purchased some ancillary parts ( and 3 t-shirts) on the V1 Engineering site because I believe in this concept and will wholeheartedly support it whenever I can.

Certainly a better option than the one I briefly mentioned above. 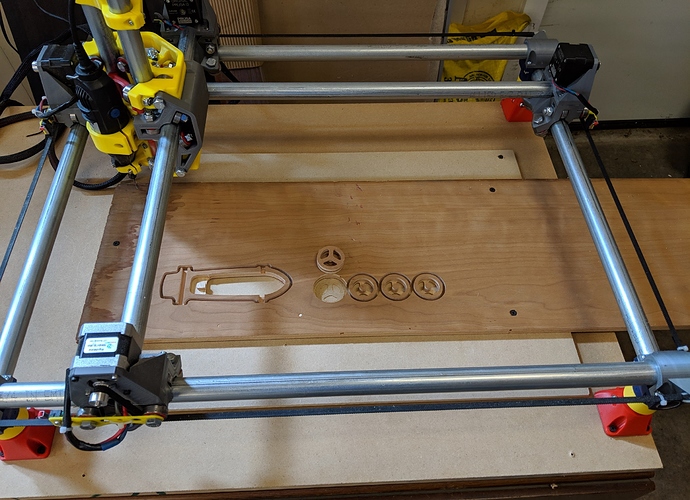 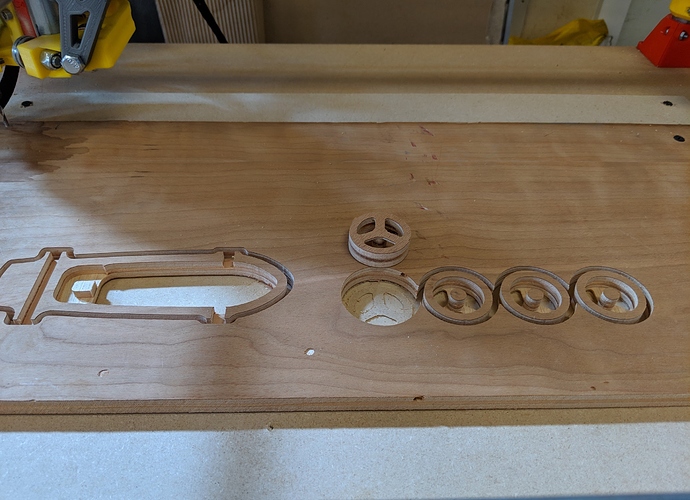 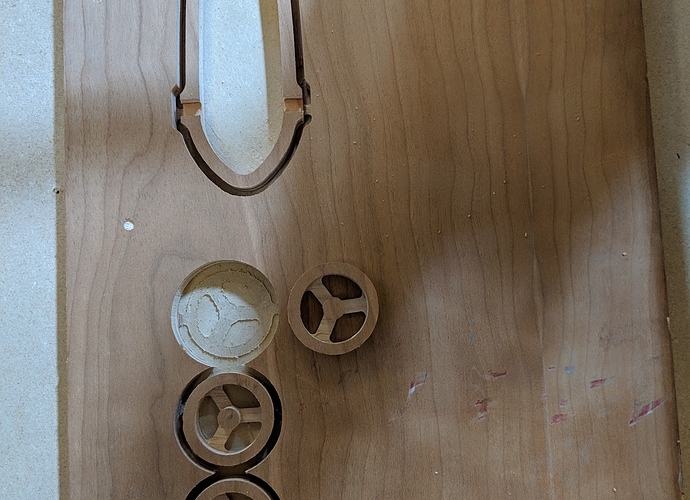 I love the look of that. Hopefully a few of my friends kids get into scouts so I can get in on a dads race!

the rubber band racer also is the first real project on my MPCNC list… I managed to cut the bottom part perfectly. Wanting to cut the top, I realized that the code does not work.
I manually deleted all the T1 and T1000 in it, yet repetier host does not start the print.
I am a bit lost in the woods, could you help me with your gcode?

I dismantled my MPCNC about 8 months ago when I purchased a BenchTop Milling Machine PM-30mv (I will eventually use what I learned with the MPCNC to eventually convert my Bench Mill to CNC). I’ve still got all the parts stored away nicely, but just don’t have the space in my shop for it. I did go through the g-code for the rough-cut top and finish-cut top to clean them up, but was having issues. It’ turns out my biggest issue was an intermittent shorted connection to the z-axis

In any case, by the time I finally figured it out, I had moved on to other things. I can attach the g-code, but please beware that it’s manually edited and I haven’t tested it. Feed rates and other parameters should be edited to suit your machine. Personally, I would only use it as reference for your own g-code file.

Here’s the Rough-Cut G-Code that I used. https://pastebin.com/YPhEC4Fh

The finish cut file is over the 512kb limit for paste-bin, so I had to split it into 2 parts. You will need to combine the two to get the full file. ****Note that although I did get a successful cut with the rough-cut file, I never did try the finish-cut file. ***please edit before using.

Here’s where I left the project. The parts are a little rough, mostly because the only board I had that was the correct thickness was a piece of plywood. 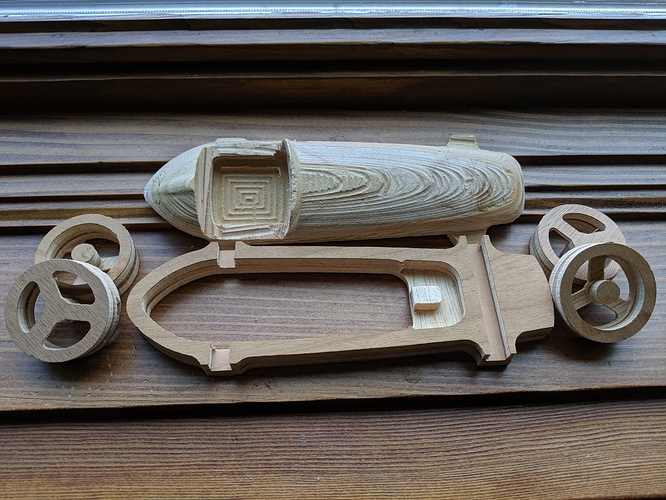