I reserved a Steam Deck. I saw Linux and joysticks and thought I might be able to control the Lowrider with it. I assume I will end up hurting myself but it is going to be a good long while before I get the toy to play with.

I have one on preorder as well. Mine is scheduled for between now and June.

It has a read only filesystem. You can unlock it. I’m not sure what the implications are of doing that. So the way I see it there are these choices:

Then you need some way to send the jog commands to the LR. Some server on it, like octoprint or cncjs, or maybe Repetier server could do that. I am not sure about the details (would it stop quickly, would it move smoothly).

But my first impression is, that is an expensive CNC pendant. An Android tablet is much cheaper and you can install some of the octoprint control apps, or just run the website. You could also do more work and pair a bit controller, like a PS3/PS4 controller to a pi and control cncjs. That is still probably less work than using the steam deck.

So here’s what I would recommend. Install octoprint. Get the steam deck. Use the web interface for setup and use the steam deck to pass the time while your robot does the dirty work.

Probably the best idea Jeffeb3. I have more like a year to wait for the Steam Deck based on how fast people are getting theirs. By the time I get one it will probably have been redesigned. I can try the other ideas you have listed. The other hairbrained scheme I am researching is buying some sort of handheld laser to kill dandelions with. Chemical free yard looks like I am raising dandelions on purpose but not in rows.

Laser sounds cool, but retro is in. How about a magnifying glass? 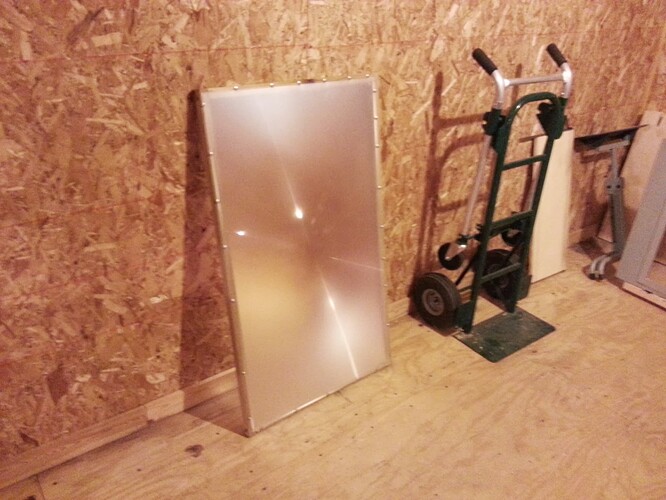 You can take out a lot of fire ants with that one!

I melted a penny with it!

Estlcam can also be controlled via XBox pad.