The story so far

I designed a plywood shelving unit early in 2018 and had a friend cut out the pieces on his own homebrew CNC router table. The whole thing fit together perfectly and I started wanting to be able to do that myself without having to borrow time in his shop. Around that time (July 2018) the LowRider2 was announced and I started sourcing parts. I pieced together the necessary hardware and electronics over the next (checks notes) six months and then the project stalled. First it was because my printer was acting up, then I had to tear apart and reorganize my work room because it had gotten out of hand, then it was summer. Now that fall is upon us and I’ve got a functional printer, a little bit of clear space on my desk the scarcest bit of free time at home I’ve started actually printing parts after only 14months.

Plan is to make a full-width gantry but mount it initially on a shallow (3-4’ deep) table mounted permanently to the wall in the garage. When not in use the gantry will be parked against the wall and covered with a plywood box allowing the table to also serve as a work surface.

For larger jobs I plan to build a full-sheet table that will be stowed either flat against a wall or ‘flown’ up to the rafters for storage and set up in open parking bay when needed. Nearly everything I’d care to do can probably be done on the small table, but I’ve got a few projects which would benefit greatly from the extra length or the ability to make multiple cuts without having to first break down the sheet goods. 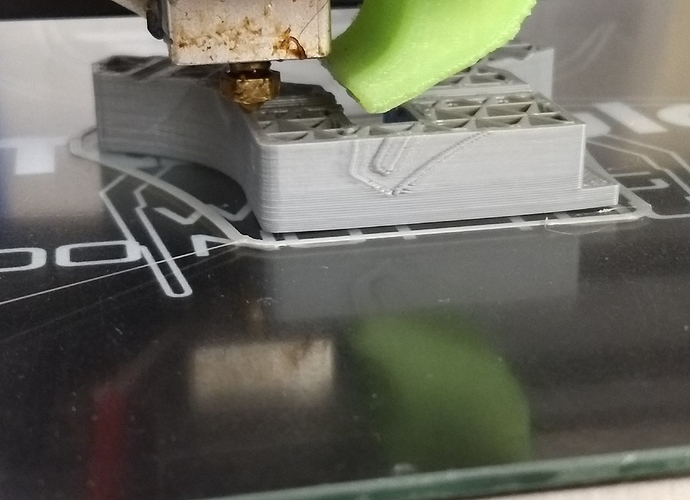 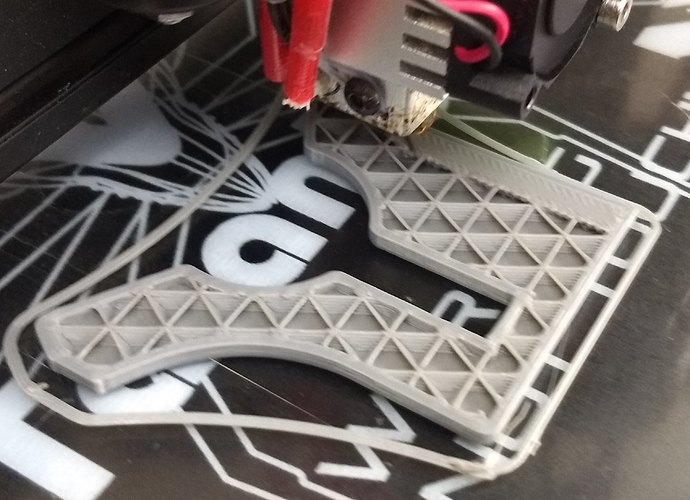 Good plan. I use my table all the time. Just be careful not to snag the belt.

I though the forum had eaten this post last week and I didn’t have the energy to re-compose it. I don’t know what you did Ryan, but thank you

Mini-update: I finished printing the LR2 parts a few weeks ago then hit a roadblock: The Shapeoko II at the local makerspace didn’t have a suitable build envelope for cutting the Y-plates. Oops.

So I’ve spent the last two weeks knocking out MPCNC parts in my spare time and have ~1hr of printing left. I’m going for a 24"x24" which is big enough to cut the plates but will be small enough to easily move around when I need my table space back.

Keeping true to the name, I’m still creeping along…

MPCNC parts are printed (all but a holder for the router, that is). so I can in theory start assembling that to cut out my flat parts.

I’m currently hung up on a lack of usable workspace. I had hoped to finish up the room reorganization I started around thanksgiving but that hasn’t happened yet.

Once I get the space I want to try out a “composite sandwich panel” idea I’ve had for the MPCNC base. Gluing a piece of foam board between two sheets of plywood gives you a composite panel that is nearly as stiff as a solid plywood sheet, but is much lighter. If the small-scale test works well my big crazy idea is to make a full 4x8’ panel to use as the bed for the LowRider.