Torn on a new to me CNC machine

For those still following along.

I need to reprint some of the homing/limit switch mounts and replace a few switches that are broken. I’m not sure how you get a machine to bust limit switches, but ok…

Maybe I’ll weld some mounts out of steel.

But beyond that, the machine is working well. The two lead screws used on the Y axis weren’t in line with the axis after the machine was moved, but by slowly jogging the machine all the way to the other end of the axis, it self-aligned. The one end of the lead screws are slightly floating to allow for this.

My friend sent me a picture of the CNC machine he bought to replace this one. Let’s just say it’s not Hobby Grade: 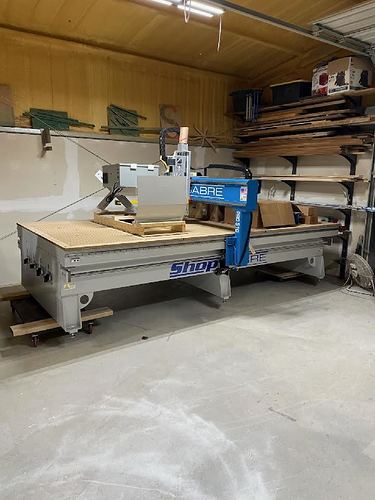 He plans on enclosing it in a room with windows and a big door on one side for loading/unloading it.

I can’t wait to see the stuff he produces with it.

I have been wanting to play with building a control box for a larger CNC, so I ordered a LattePanda to install mach4 on. I’ll slowly start collecting parts to build out the control box. I want to go with individual stepper drivers.

Awesome! What does your friend do with his new CNC?

Lots of odds and ends type things. Stuff that would take forever to cut with a jigsaw.

I second the idea of a used South Bend.
I sell between 25-30 used South Bend & Clausing lathes a year.
The South Bends are built like tanks, and were built to last.
I sold two last week for $500 each, the sad part is the buyer wanted them just for parts and was going to scrap the beds & ways.
Newer lathes, IMHO don’t have castings as stout as the older ones and are not as husky.

How can I get in on that? Hard to find decent iron here in Texas for some reason. Everyone thinks their 60 yo lathe is worth their weight in gold.

Depending on location, I have a trailer and might make a weekend trip out of it. PM me if you want.

For some reason I like the looks of the clausing’s better.

Router installed. Will try to cut something this weekend. 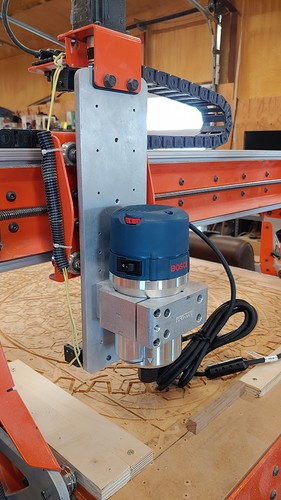 Made some cut on the machine tonight.

Way slow on the feed rate. I’ll need to play with this some.

I used estlcam to produce the g code. This is a file I recently ran on the mpcnc (and where I finally discovered my bent core rods are causing issues).

Turn your audio down.

I ordered an ER style collet for the Bosch. The collets that come with it are 1/4" and 1/2". The ER style comes with ‘all’ the standard sizes.

Looking forward to cutting some wood this weekend. I think I’ll do a few more test cuts and then I want to finally start playing with inlays and cutting some kaizen foam for some inserts.

I didn’t get anything cut this weekend. I went out Saturday morning to start and decided that my shop was too messy to do any work. I started cleaning and discovered that I needed more shelf space, so I spent the rest of the weekend replacing 3 small shelves with one great big one. 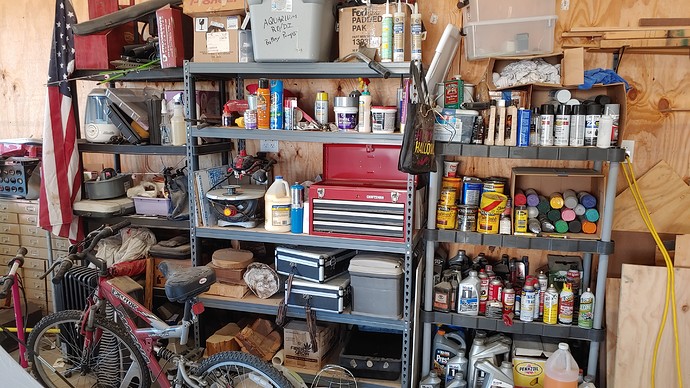 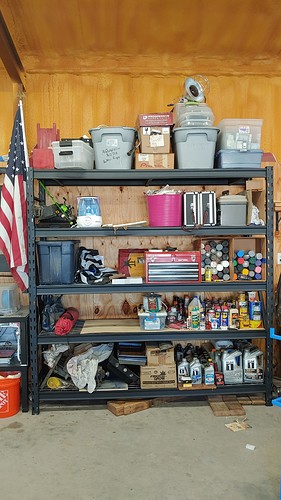 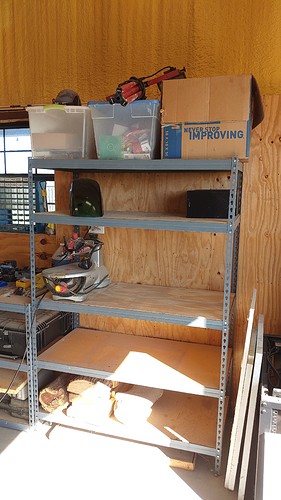 And while I had the welding cart out, I finally decided to paint it. 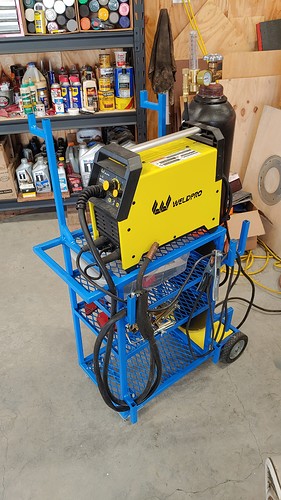 Maybe I’ll get some stuff cut ‘this’ weekend.

Tonight’s work in the shop was much more exciting.

I just ran the same cut that I tested with earlier and everything looks to be working correctly. One step closer to doing some real work.

Nothing too exciting. Just using the cnc to flatten a piece of mahogany too wide for my jointer 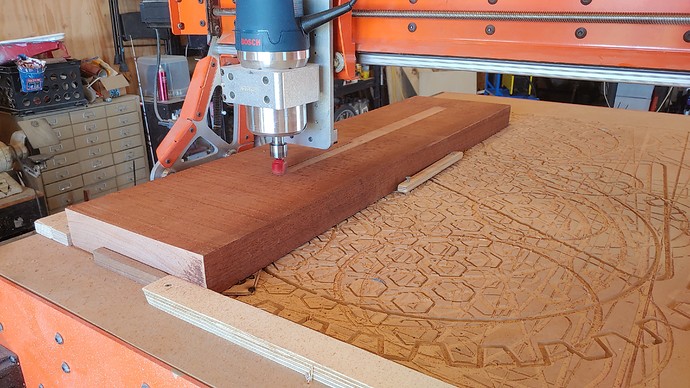