Im working now on clamp + dust shoe, that will. fit most of routers/spindels.

If you have some ideas what should be integrate tell me. What Im thinking is: 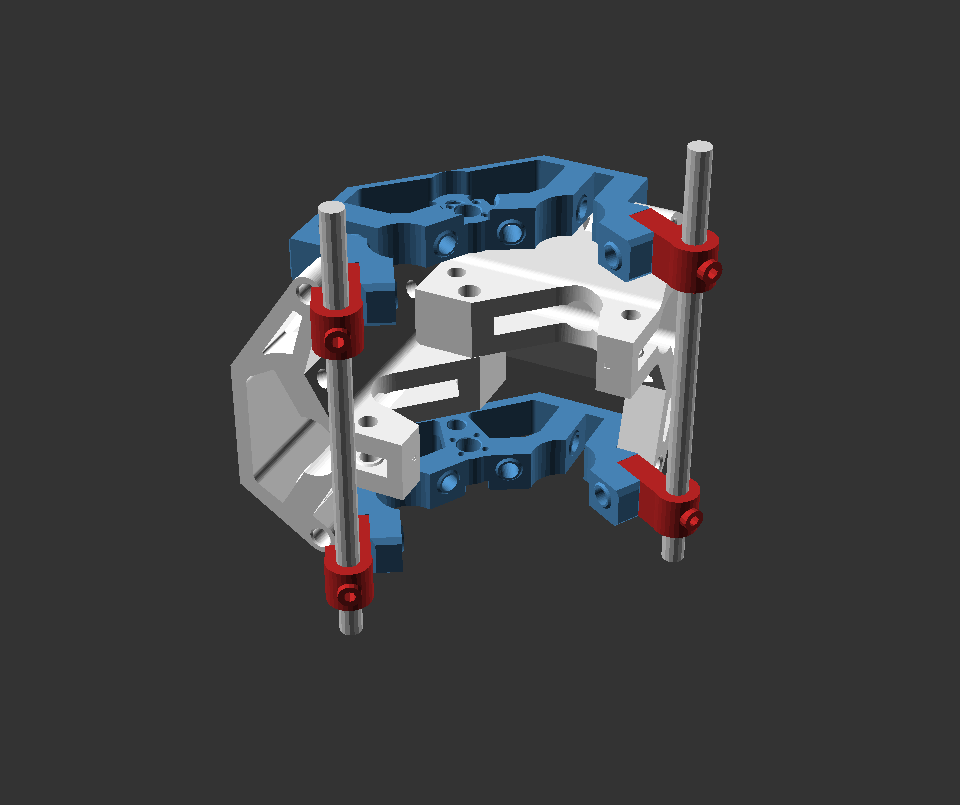 That’s cool. Set the dust shoe to just above the work surface and let the router plunge through it. I’ve seen those kinds of designs before, but was too lazy to come up with a solution myself.

That’s cool. Set the dust shoe to just above the work surface and let the router plunge through it. I’ve seen those kinds of designs before, but was too lazy to come up with a solution myself.

Exactly maby some changeable inserts to fit more bit size just so we don’t have to much gap. 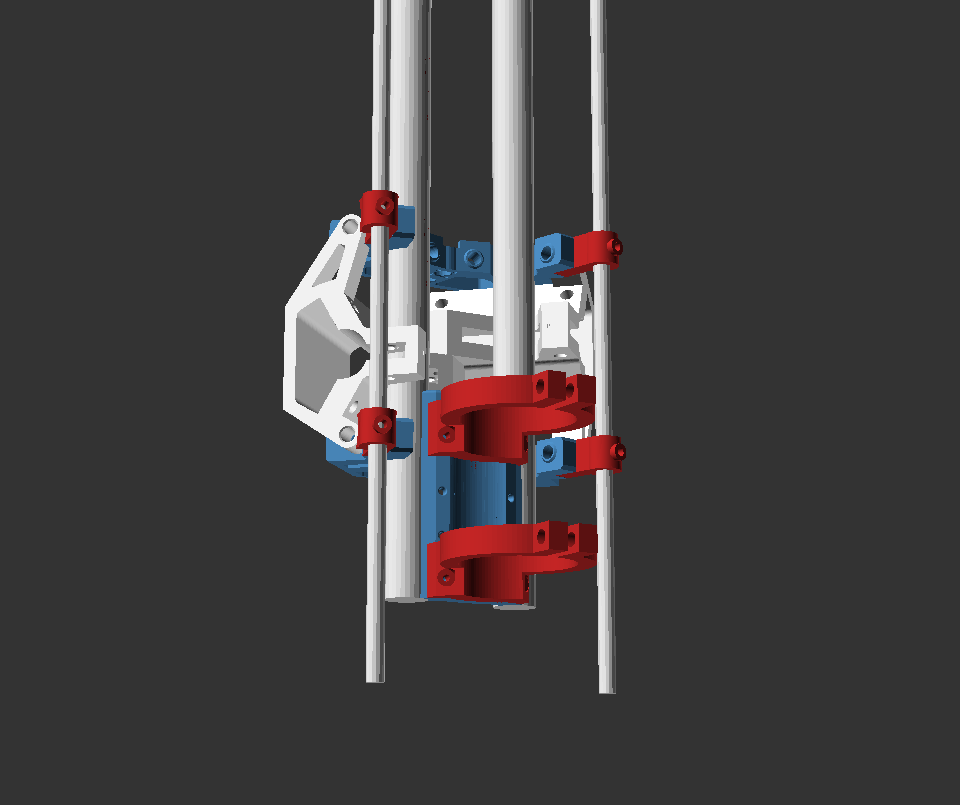 Guys what is your typical dust collection house diameter and plastic end ? 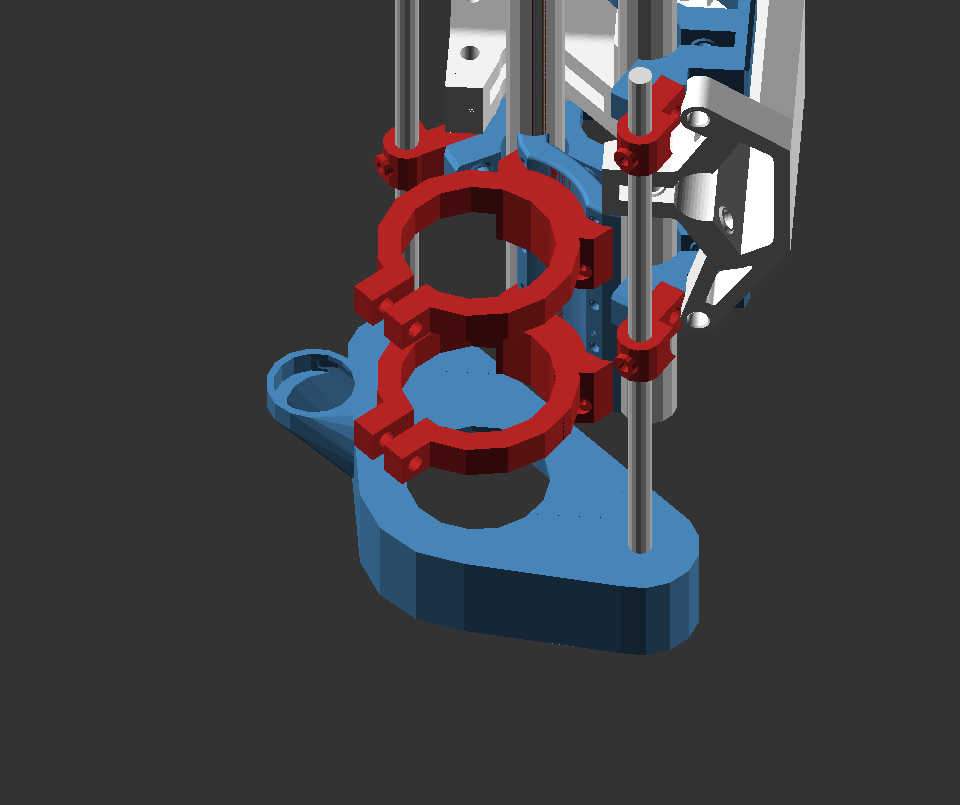 I think that I’m done for one day of learning OpenSCAD keep hacking guys. 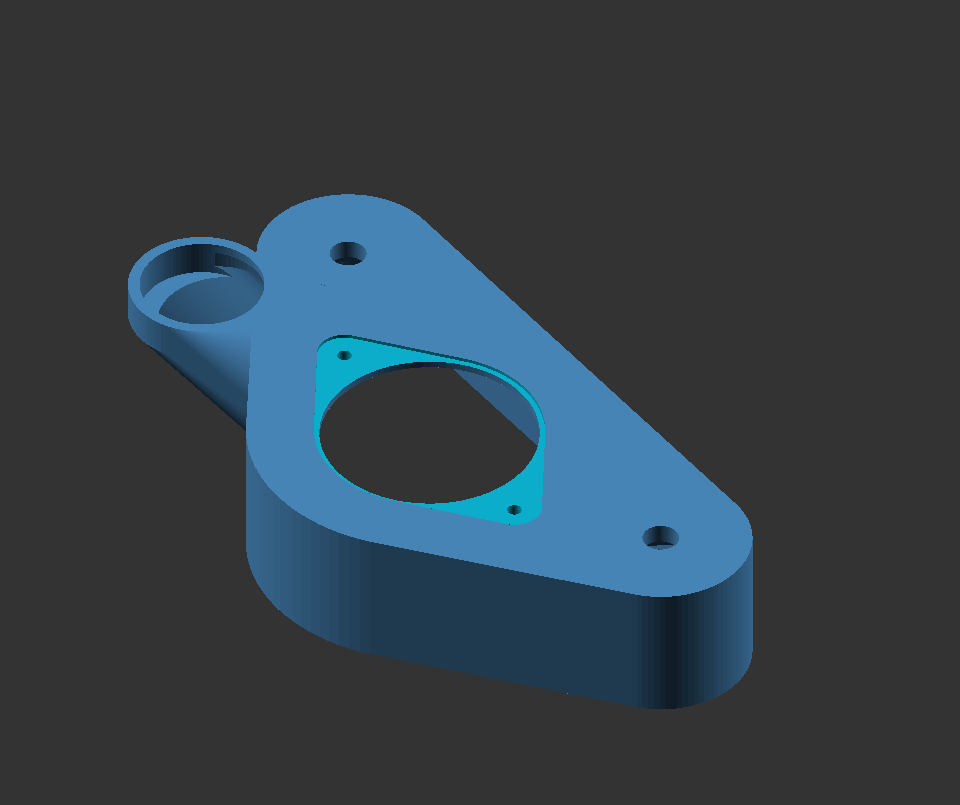 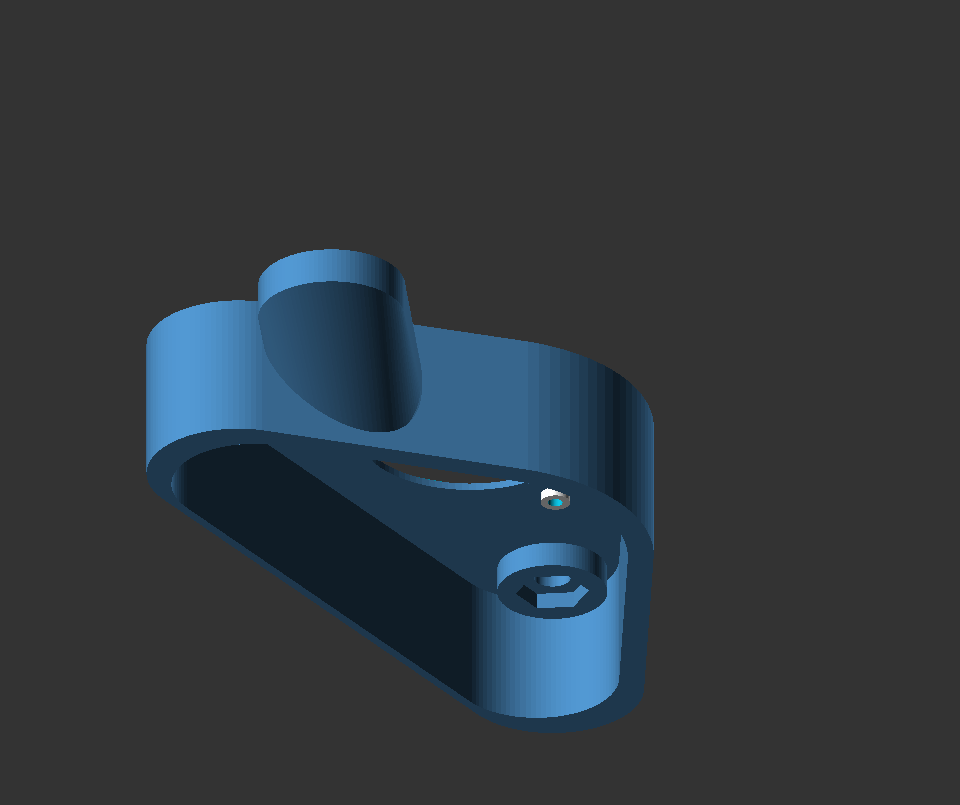 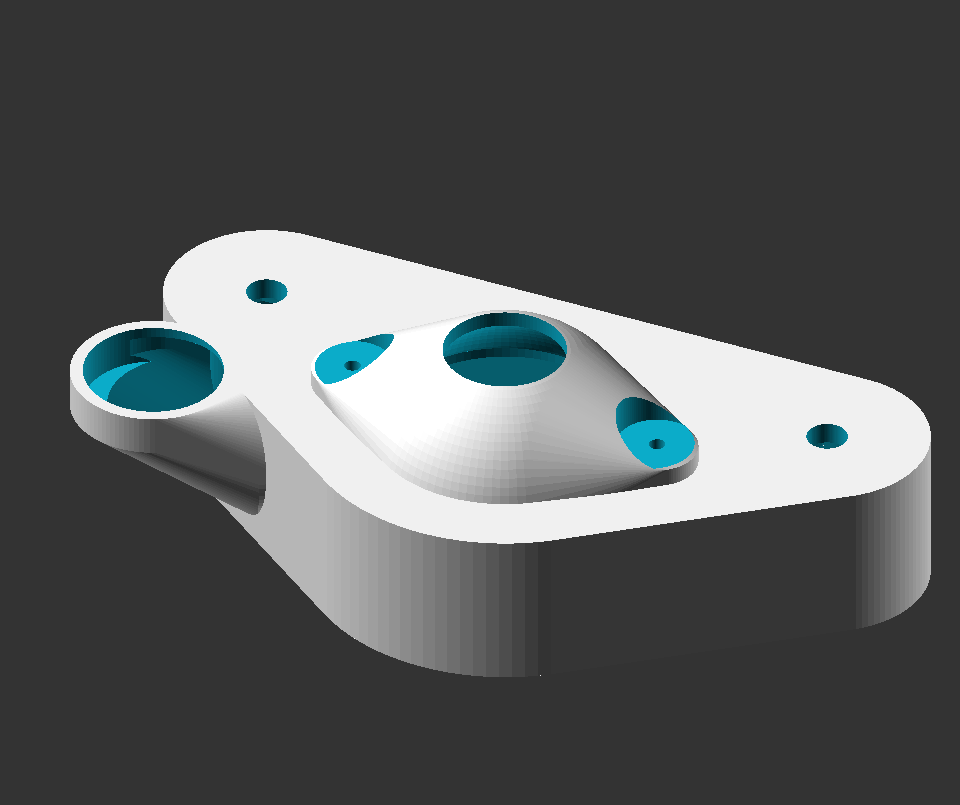 Small update with coffee this part will be screw inside the shoe and you should glue dustbrush to it. Im trying to make it as much modular and as much feature rich as I can.

OK I think that I will stop now and refine code so its full customize and ready for print. 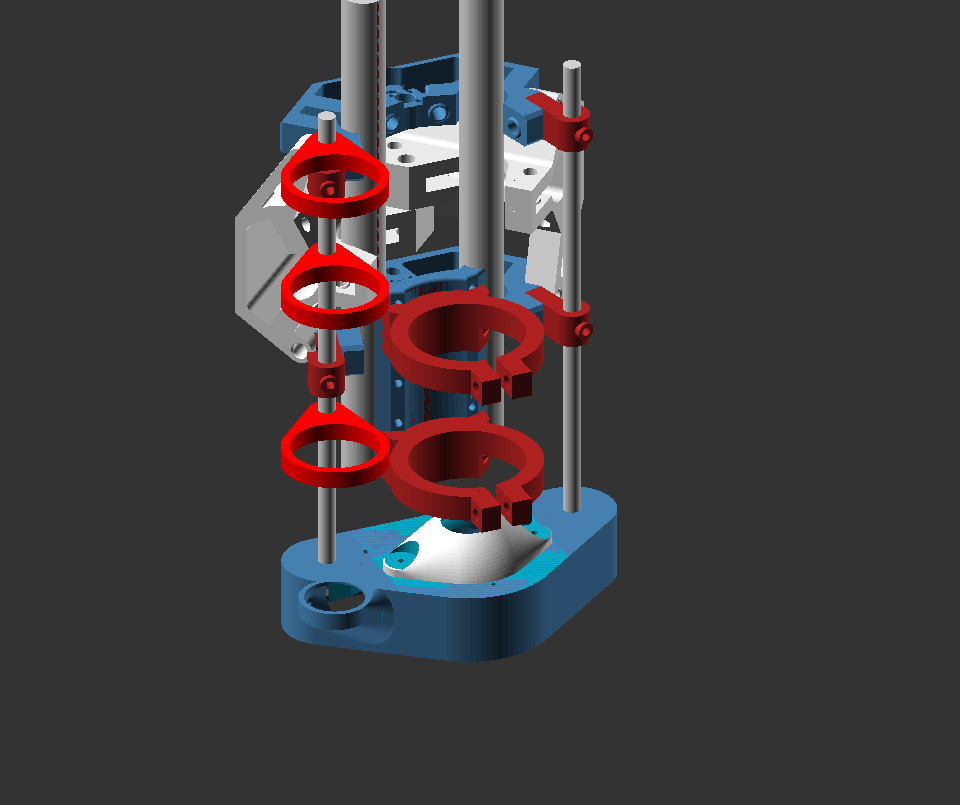 So some first prints and fits. 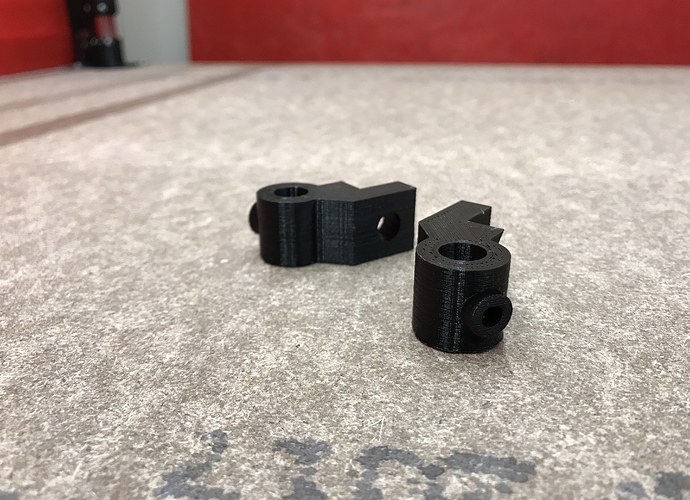 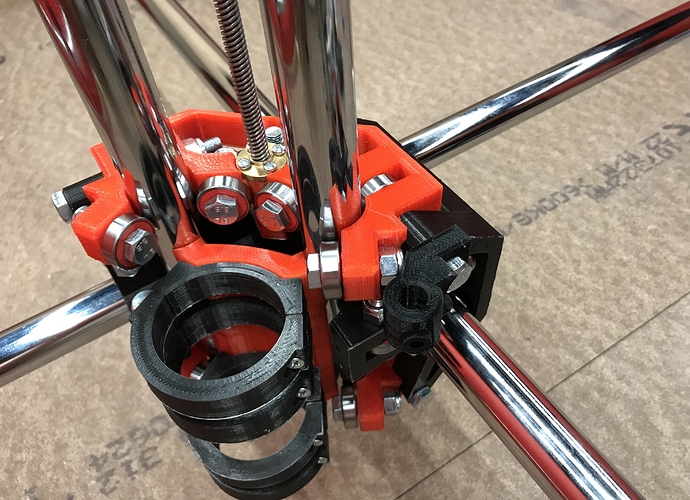 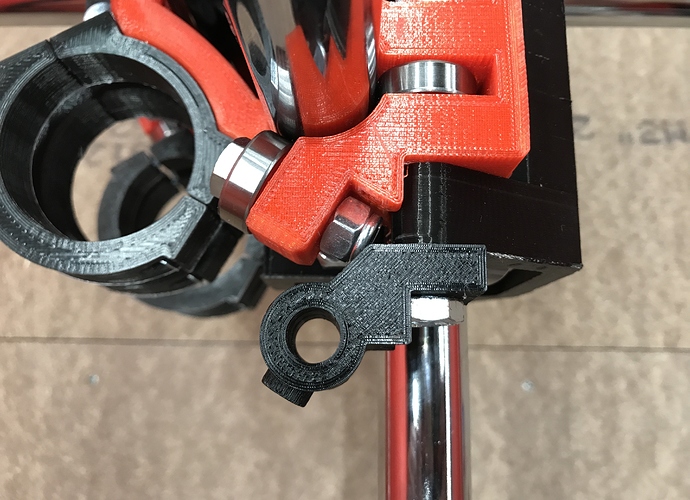 small update on project another parts on place. Need to do some edits of parts because its little to thigh. 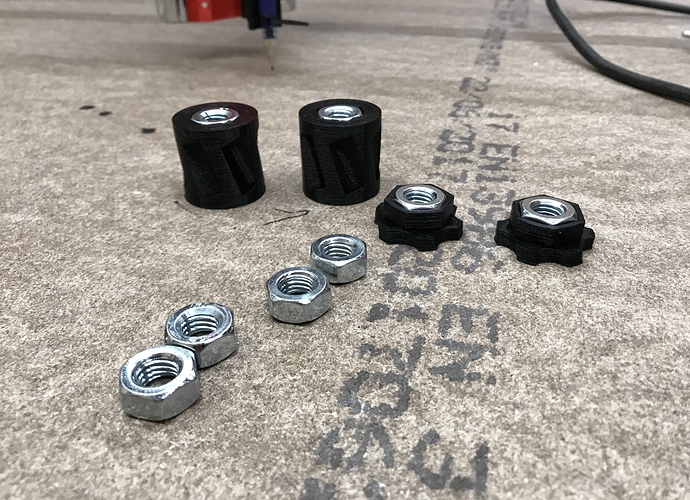 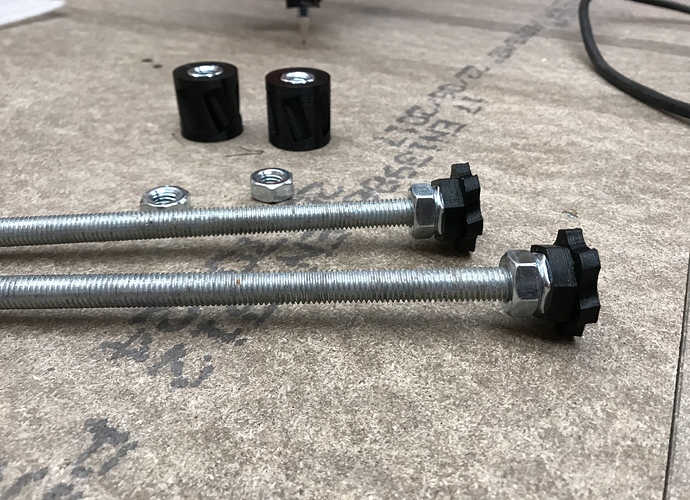 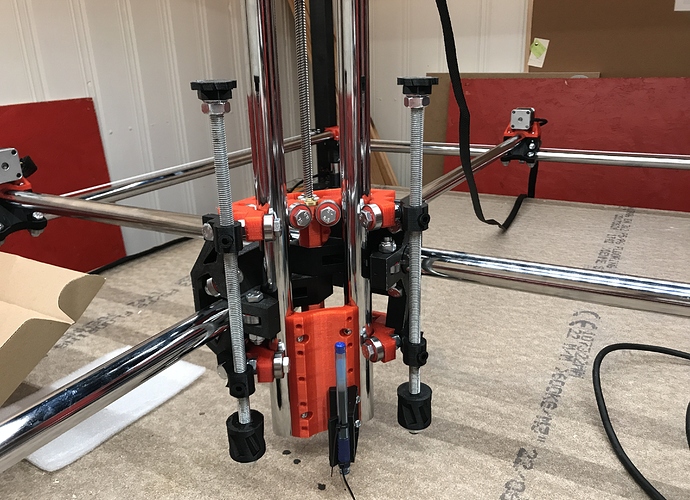 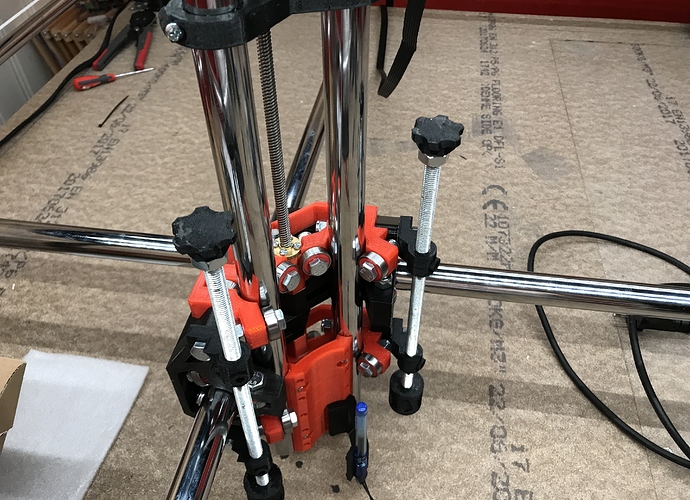 That is a pretty good idea can’t wait to see how it works. Loving the adjust ability.

I was just curious how this ended up? I Have been thinking about something similar.

Still working on it. I was 2 week off plus my 3D printer is broken. But soon i will update and put all files on github.

that is pretty nice!

first test go better then I was thinking all dust was sucked in with vacuum set up to lowest power. I was pretty impressed.

But then I read few post and write thinks that I wona implement so in fact it will be the only dust shoe that you need .

So thinks that will be add:

Is there something else that I should add? I'm again going on some business travel for 3 weeks so I can make code more beautiful and make sure everything is fitting better.
billsey (Bill) October 14, 2017, 11:57am #17

Well, short of reassembling the dust as MDF on the other end, I think you have it covered!

Oooh, I like that Idea. Maybe you could fill the outline you just cut out with the sawdust and some epoxy to make some really neat chunks of wood.

I like the way you think PonyDevil! Mind posting the SCAD you have?

Pretty much the same dust shoe system I made back in the days, great minds think alike !

I tried using one single vacuum hose, but as it turns out it seems to work way better with one on each side of the spindle. It leaves almost no dust or chips at all this way, but it needs some kind of manifold to join both tubes into one.

Like you say, it would be better to make the top transparent, even if it is more a psychological thing than an actually useful thing. I planned to do that, but got a bit lazy.

Also, I would suggest you to go for smooth rods instead of threaded rods for supports, it is way faster to set up and it won’t actually move after being tightened.

Another last remark: try to make it as low as possible to maximize the suction power. Yours seems to be about 4-5cm high, which will make vacuuming of big chips difficult. The problem here is that you want it to suck whatever is under the dust shoe, no matter what, otherwise they may partially lift and get stuck between the shoe and the board you are cutting. Let’s say you are cutting a 20mm hole in a straight cut, after the hole is created, you’ll end up having the middle part of it becoming loose (you usually don’t want holding tabs on small cuts because it impacts the finishing quality), a little cylinder of about 15mm diameter. You absolutely need it to be sucked fast, otherwise it will lift partially and the dust shoe will collide with it. It happened to me on the first version I made, which was a bit too high. I got rid of this issue after reducing the height of the shoe.