I was doing a big test cut the other day, and made a big pile of chips/sawdust. I had to take it off the table for mounting an endstop yesterday and noticed that my vac shoe was all clogged. 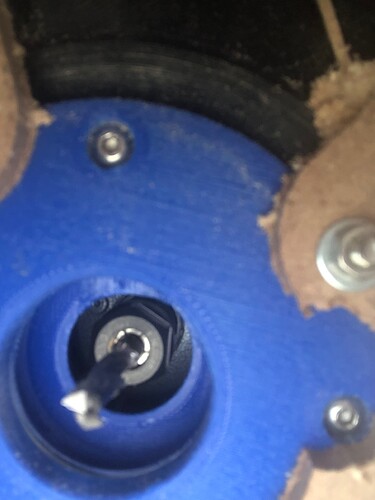 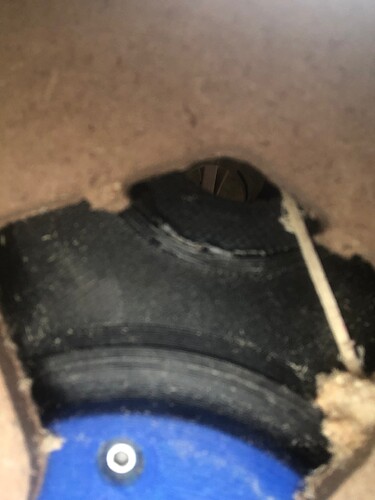 Looking at it I saw that only a little part of the hole that shop vac attaches to is exposed. I tried to show in the pics attached but it was hard since I can’t raise it off the table any higher.

I bought the plates from v1 and pretty sure I got the dewalt and I ended up using makita, so I had to make adapters and cut some of the keyhole shaped opening to make things fit. So not sure if my vac hole is good.

Should I cut out more material at the end of the keyhole so there’s more space to vacuum?

I took the dxf of the plate and put my vac shoe on it to show it better. think its much more clear.

i also cant make vac shoe any taller at that point because the rail/tube is in the way. that was an annoying lesson when i was remaking the shoe for my shop vac :> 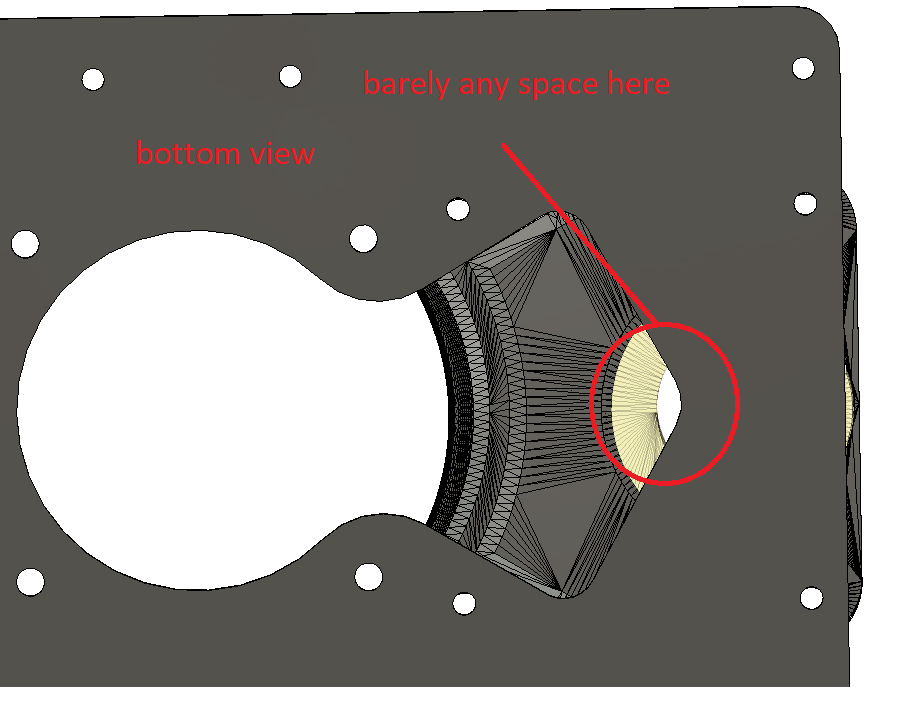 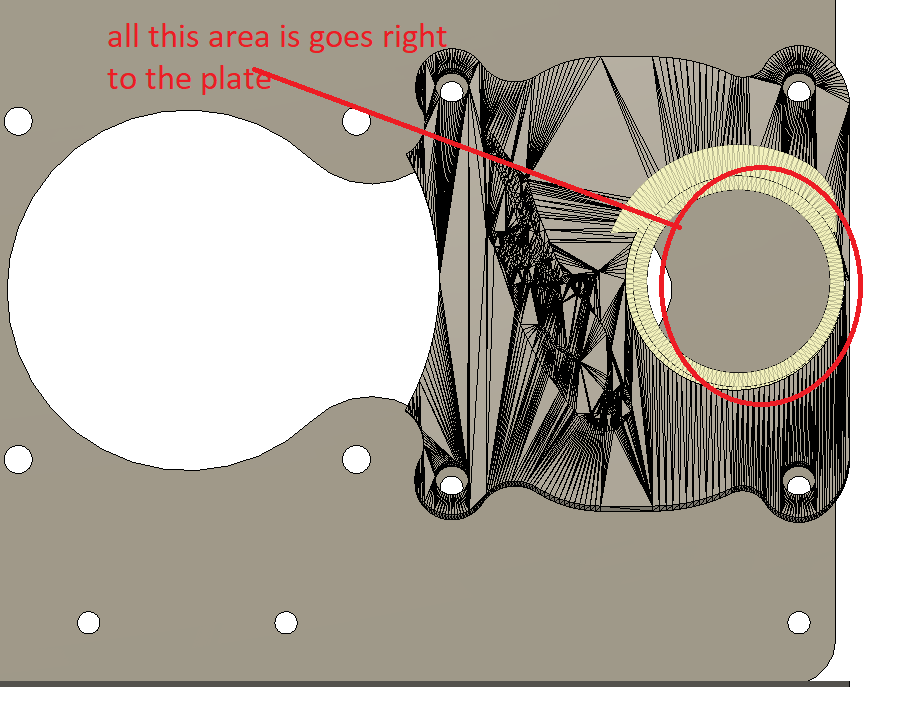 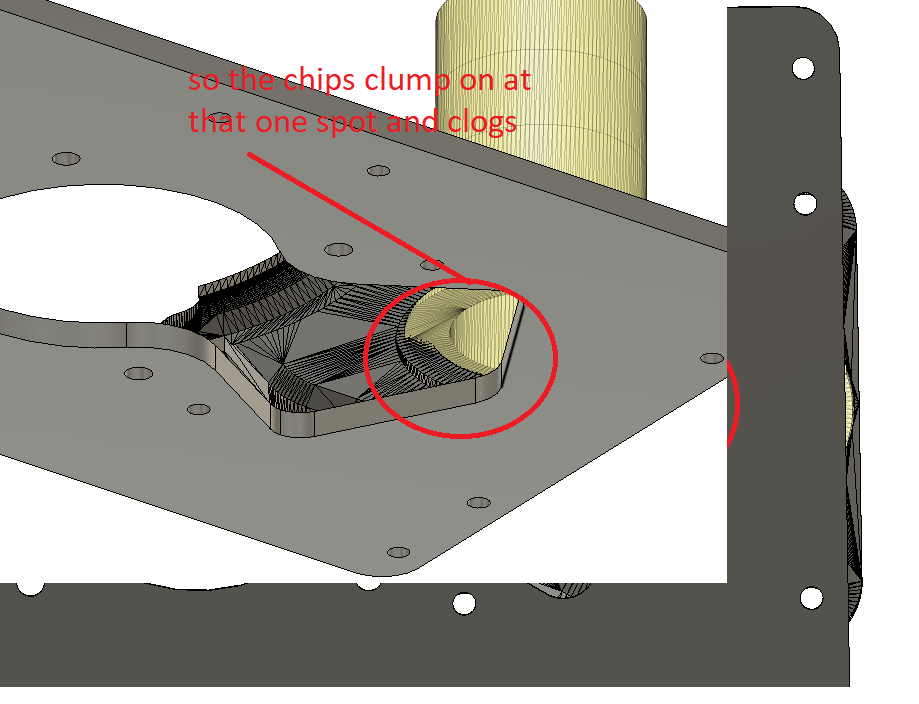 There are a few things that I did to my plate armed with a little experience from other dust collection setups in my shed: 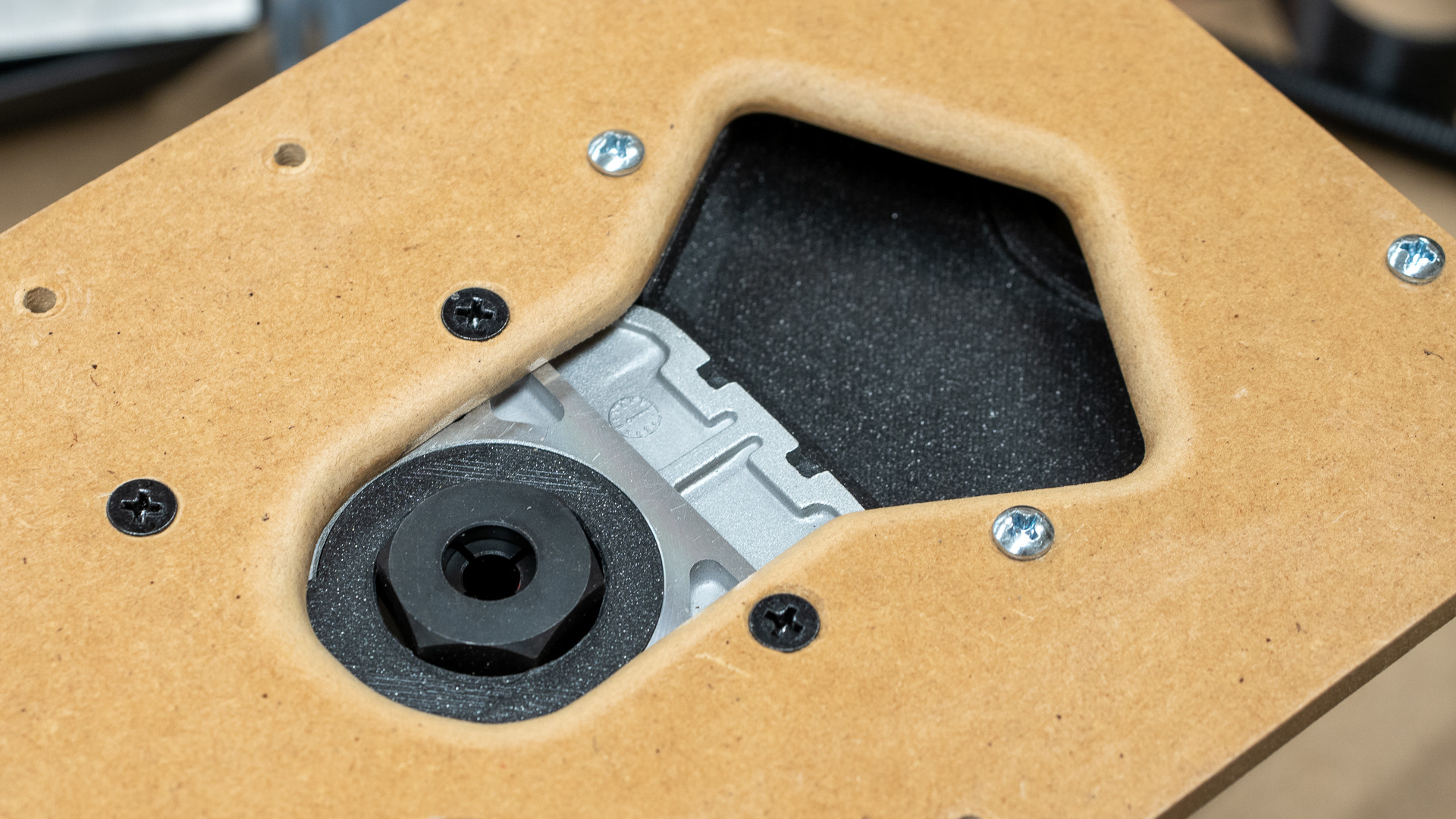 I have also designed a simple insert - but again warn that it’s not been compared to anything so may not work as well as the original.

NOTE - just because I have nice photographs and a perhaps logical argument does not mean I am right - I haven’t done any comparison tests to prove this logic!

I have drawings of this baseplate in .dwg and .dxf format HERE

Pictures of that part of my build are at the following link.

NOTE - just because I have nice photographs and a perhaps logical argument does not mean I am right - I haven’t done any comparison tests to prove this logic!

That looks really good. I finally got mine working again after my damn Rambo motor connectors messed up again, I hate those things with a passion.

Next time I take it off the table I will try curving the edges. For now I will try running with slower feedrate. What are all the other cutouts on that plate for?

I’m also kind of mad lr3 is coming basically right after I finish lr2 :> but building lr3 will be much easier after building the lr2 I’m sure

What are all the other cutouts on that plate for?

Ahh sorry about that - out of context I can see I’ve created some confusion! The drawing can obviously be used to cut out the plate with a CNC, but it was designed as a printed part to use as a router template - all the cutouts do is save a bit of plastic when printing the template - ignore them if you are cutting a baseplate!

Don’t fret about the LR3 - heck I haven’t got my 2 fired up properly yet - and by the time I get around to upgrading it the 4 will be on the horizon!

yep im not :> i figure i should be able to reuse the pipe i have on the LR2 for it. plus i want to get longer pipe on my z axis so i can go up maybe an extra 8" - not that i would be cutting that high, just to be able to get under it easily for tightening or changing bits.

plus i can print in PC+CF now which is a lot stronger than the PLA+ i used. so rather than slowly rebuilding my LR2 with it i can just upgrade to LR3 then.