There seems to be some auto enthusiasts on here who might find this interesting. I recently came across this… 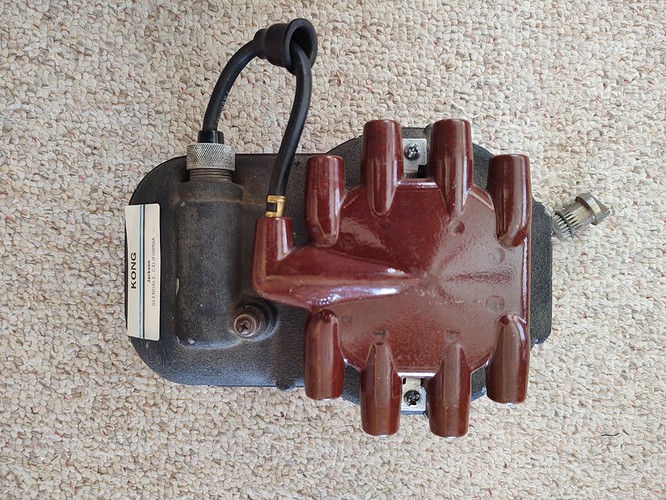 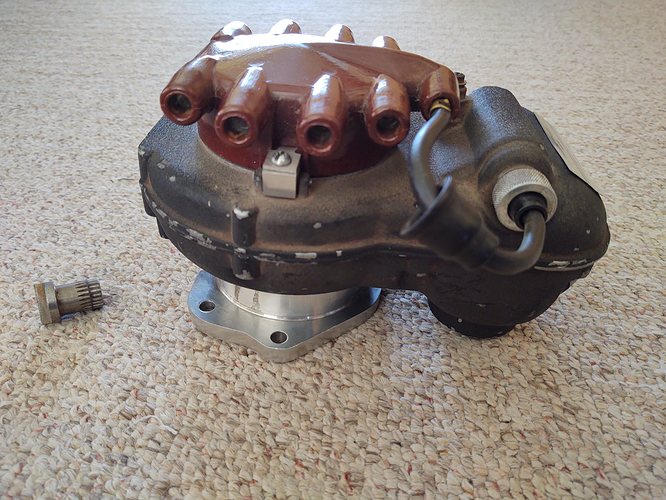 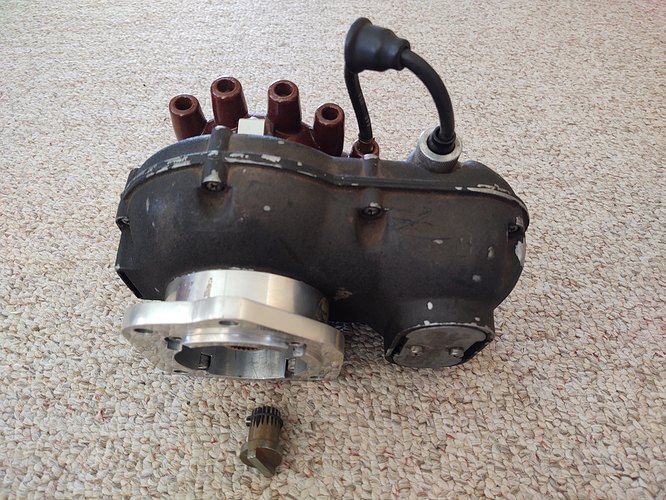 As an aircraft mechanic, I new immediately that it was a magneto, but I’d never seen one quite like it, and 8 cylinder magnetos are not common in the aviation world.

After a little online investigation, it appears to be a Harmon Collins Magneto for a flathead ford V8. This is not the stock flathead ignition. It would have been a hot rod / race engine item from about 1950 I think. It would appear to be a fairly rare part, and possibly worth a pretty penny…I’m going to have to figure out what to do with it.

Back-story…I’ve been saving pennies, and keeping an eye out for a decent used metal working lathe. Having little luck finding a smaller used lathe in decent shape for a reasonable price, I recently placed an order for a new lathe (Precision Mathews 1030v, for the curious). Now I need a place to put it… I’d rather keep the metal working and woodworking separate, so decided the thing to do was clean out the back of my t-hangar at the airport, and make room there.

I bought the hangar from the widow of a friend, after helping her sell his airplane. There was quite a bit of “stuff” left in the hangar, and in the process of making room for the lathe, I came across this.

My friend had a collection of about half a dozen vintage midget race cars, so the magneto is inline with his interests. There had been some (very rotten) old race tires in the hangar when I bought it as well, but I haven’t come across any other race car parts. I think it’s a pretty neat bit of history.

Cool
It’s funny as I was looking at the pic I had a feeling it was from a Flathead. So when I read your post I had to smile.

Congrats on getting such cool stuff. And good luck with your new lathe.

Neat! What is that ‘Kong’ sticker all about?

What is that ‘Kong’ sticker all about?

I don’t know really. Based on my searching, I think it is from Charles “Kong” Jackson, who was apparently into dry lake racing from the 30’s til about 2000!?, but I couldn’t find any indication he had anything to do with these magneto’s. Perhaps he overhauled it.? Thanks to some inadvertently self-administered electro-shock therapy, I can vouch for the magneto’s functionality. 8^)

I had a feeling it was from a Flathead.

I was a little surprised, because most of my friends midget racers were offenhauser powered, but thinking on it, I do seem to recall one that might have had a flathead engine. The distributor cap shape seems to be a fairly distinctive 42-48 flathead thing though.

Thanks to some inadvertently self-administered electro-shock therapy, I can vouch for the magneto’s functionality. 8^)

I’m sure you did the same search I did and found Kong identified as an “ignition whiz”? Seems a safe bet he likely had something to do with setting it up. The sticker appeared pretty fresh looking in the pic, roused my curiosity. What looks like a mounting adaptor appears pretty fresh too, perhaps iyt was a dapted to a new use?

Yeah, the sticker says “Glendale California” and my friend worked for Douglas aircraft in nearby Santa Monica, (prior to retiring and moving to Durango where I met him), so that seems plausible.

mounting adaptor appears pretty fresh too, perhaps iyt was a dapted to a new use?

I’m not certain, but I don’t think so…the hole pattern looks correct for the early (32-41) flatheads, and I’ve learned that there was a small version of the flatty (called the v8-60) built from ~'37 to ~'40 that was popular in midget racers after the war.

Yeah, push starts for sure. Losing the battery, starter and associated wiring saved a fair amount of weight. I don’t know about early cars but at some point they dropped the clutch and transmission and simply had an ‘In/Out’ box that allowed the engine to be uncoupled from the rear drive so the car could be rolled around and engaged before pushing off. Very elemental, modern midgets are ~ 900lbs and I’d think the older cars probably in the same range.