I recognize that this may be another elusive mystery, but I’m hoping that it’s a known issue and someone knows how to correct.

Background: Using Estlcam feeding into Repetier Host. DXF files from Sketchup. SVG files from Inkscape. Everything was working. I drew the crown. Engraved the crown Carved a couple of signatures. Cut out some pieces. All successfully completed. Machine behaved as expected. Moved at a reasonable speed, as designated in the Estlcam tool list, etc. And, in both Estlcam and Repetier Host, the time estimates were similar and about right - - typically from 3 or 4 minutes to as much as 30 minutes.

But, something changed. In the meantime, I was checking out all the features of Estlcam, trying to import STL files, jpegs, etc. Changing the tool list. Watching the simulations in 3D machining mode etc. Just playing As far as I know, I didn’t do anything unusual, but did inspect all the various options etc, in Estlcam. (note that the firmware was never touched during any of this.)

The Problem: But when I went back to try to do a new project, I found something bizarre. Even for very simple things like cutting out a circle in 1/4 inch plywood, the projected times between Estlcam and Repetier no longer lined up. Not close. Estlcam might project 10 minutes and Repetier would project 4 hours. And, it was real I discovered this because I did a small engraving that should have taken a few minutes and it took over an hour. The tool was, in fact, barely moving. I was able to increase the speed manually using the RepRap Smart Controller, but clearly the file gcode was telling it to go extremely slowly.

Similar behavior was observed on several projects. However, older gcode files (like crown) still behaved in the same way as they had originally.

My naive interpretation was that some setting in Estlcam relating to the info that it sends to Repetier had been inadvertently changed, though I don’t know how it could have been.

After fruitlessly inspecting every setting, every tab, and everything I could think of in both packages, I finally cut my losses and deleted and reinstalled both programs.

Now, everything is behaving again.

However, it would sure be nice to have a clue what happened so it can be avoided in the future or at least recovered without a complete new start.

Does anyone know of anything that might have caused this behavior?

Ensure that you didn’t occasionally change speed units from mm/min to mm/s in estlcam settings.

I checked that carefully, but, I don’t think it explains why Estlcam thinks the project will take 5 minutes and Repetier, using the *.nc file from Estlcam comes up with an estimate of several hours. Wouldn’t we expect that Estlcam would have the same long time estimate?

The images are screen shots of what I was seeing (and what actually happened) with cutting a simple ellipse that was less that 5" wide.

The file is saved and opened in Repetier. 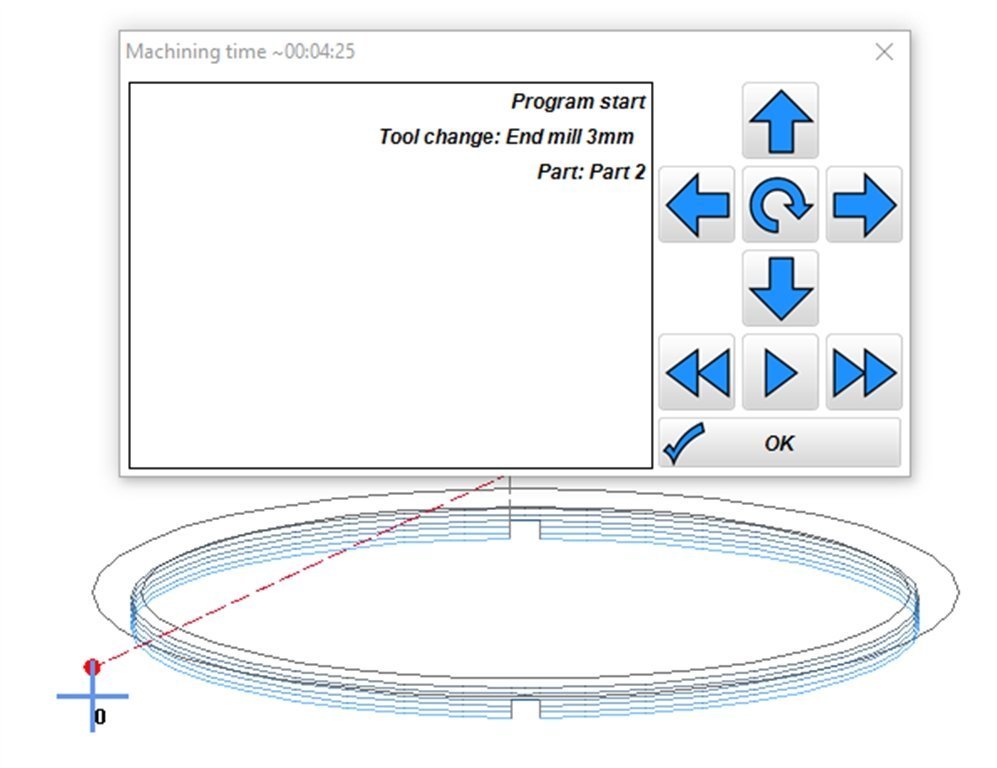 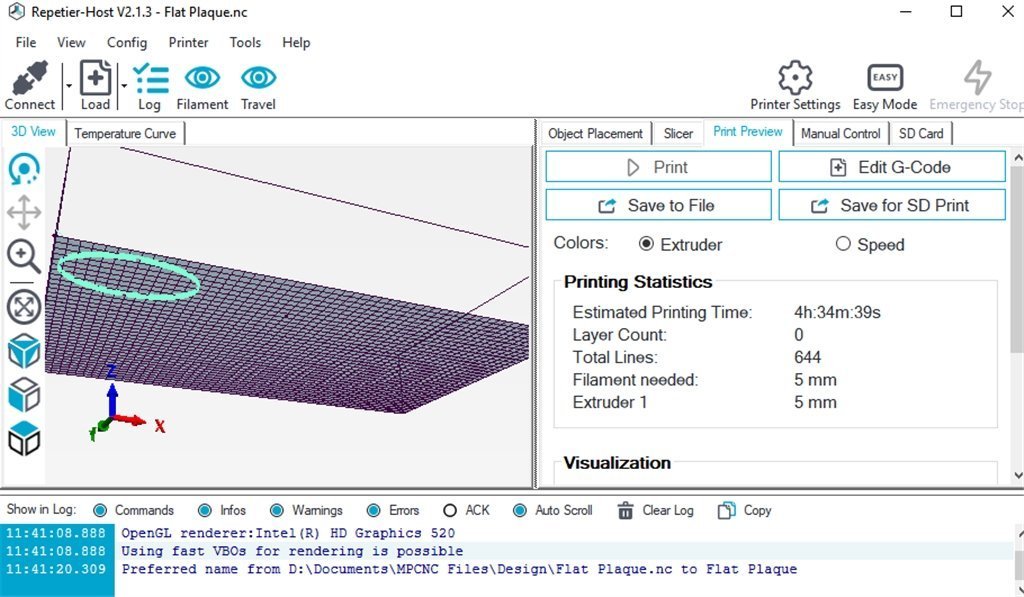 Could it be that Estlcam is giving you the days, hours, and minutes? So Estlcam is estimating 4 hours 25 minutes, which is pretty darn close to the 4 hours 34 minutes from Repetier.

I don’t think so. Now that the problem has been resolved by the reinstall, the projected times are very similar.

Also, this was just one example. There were several others in which the numbers were completely different - - 11 hours vs 25 minutes

Ensure that you didn’t occasionally change speed units from mm/min to mm/s in estlcam settings.

I would lean towards this too. A factor of 60 would come really close to what you’re seeing.

You’ve reinstalled the software, so it’s impossible to know at this point.

Is there a speed setting someplace beside the tool list? And, I still don’t understand why ESTLCAM would be different than Repetier, which is a key issue. How would Estlecam “think” that it should be one speed, yet Repetier thinks it’s another, much slower speed?

It’s in the initial machine setup.