Hey guys, I’m new to the forums and CNC. I just started printing out my parts, I only have wood PLA right now but i’m ordering some normal stuff later tonight and will print the rest of the parts with that. I’m still trying to decied on a color. Do you guys have anything against using PETG? This is going to be kept in my garage and it get really hot out there during the summer months. So I thought PETG would be better. I’d worry about PLA deforming in such a hot space.

Is there a video or a write up detailing how to cut your first part? Like Step by step? Also, has anyone tried to use Easel from Inventables with the MPCNC? If Easel won’t work then I plan to use Fusion 360. It’s just I’ve never done any of this before so I’m a little worried about using fusion.

I was originally planning to by an xcarve, but things came up and that’s a lot of money for me right now. But I did by the router they suggested to lower the price later (got it on sale ) and save a bit on shipping. Is the dewalt 611 okay to use on this rig? It’s a bit bigger than the one suggested here. I’ve noticed a few build that use the larger router, I just didn’t know how the machine would handle it.

Is there anything thing else I should know? 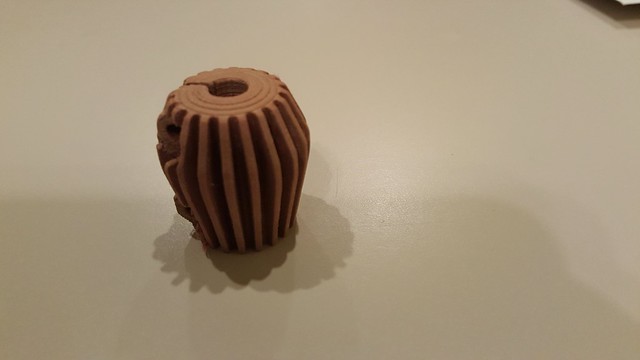 I made most of my parts from PETG and it’s been working so far. I have been messing with easel but haven’t cut anything from it yet. I can’t figure out how to do it in fusion 360. I think most people on here are using estlcam. It’s pretty cheap as far as cam stuff goes and you can use it for free if you don’t mind waiting

I would just focus on getting the machine made then worry about how to use it. 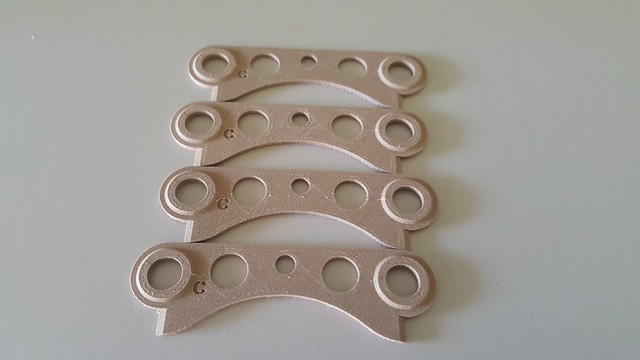 Here’s this mornings prints, got the z lower on the bed now. Turned up the printer twice the speed as normal and it seems to be doing just as well. Crossing my fingers that it works well and can continue printing at this speed.

Did you get the conduit and the bearings yet? I would recommend testing the fit of the rollers and corner pieces with the conduit before you print them all.

No I didn’t. I will soon. Was planning on getting the bearing, conduit this weekend. I don’t even know if I’m keeping this color yet. I have a roll of red coming and might order a roll of black or grey.

Crap, those are some gorgeous prints!

Thanks man. Those where on normal settings for cura. But my times are nearly double your’s so I decied to double my print speed (120 mm/s) While it still looks good, 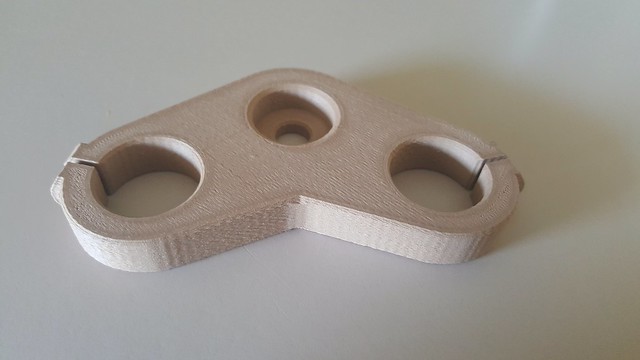 I did have some problems. Which I’m trying to figure out now. 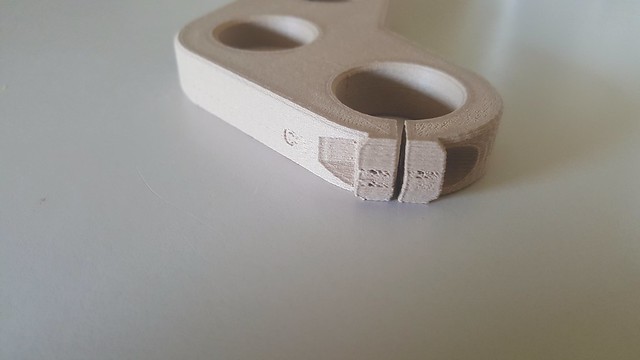 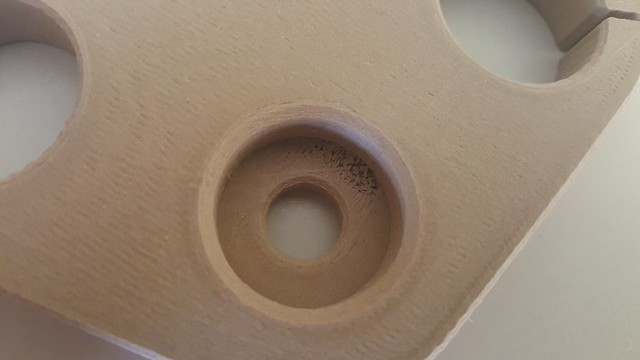 I started some printing with slicer, but my first print was disastrous. So I made some changes and have it on the bed now. We’ll see how this one comes out, but it’s looking better. I have like 7 or 8 Roller Plates now. lol. And I’m getting my new filament tomorrow so I’ll have even more.

Well I got my red petg intoday, and after struggling to get it to print well and having a sd card problem I got it working. Saddly most of the has been wasted. What do you guys think of the red? 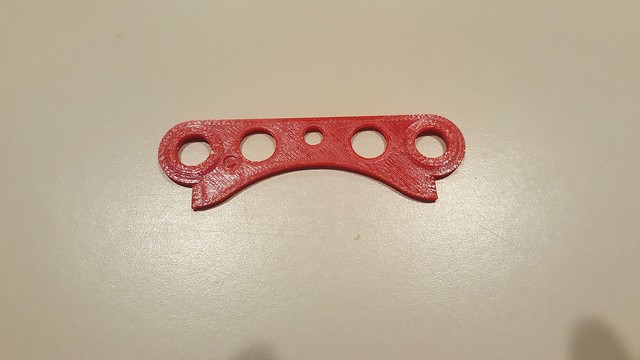 I’m having a hell of a time with something that I thought would be a simple part. My machine doesn’t seem to like it. Or it’s the slicer I’m using. First one got stuck to the hot end, the second one came out usable with some light sanding so on the 3rd attempt I decied to flip it and use support but wasn’t able to get all the support out because it fused together. 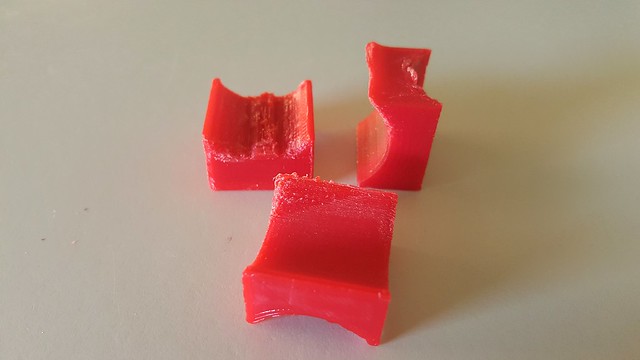 No support, try to print all 4 at once. It’s a small part it needs time too cool.

Well I took your advice and they came out better but still not great. I think they’ll work though. I have the z motor on the bed right now but having first layer issues. PETG isn’t as easy to print as everyone said. 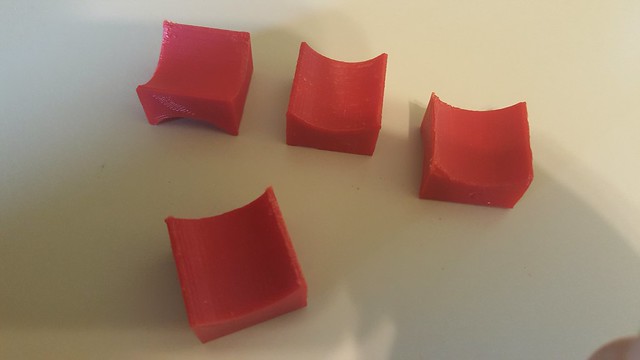 I just did a few test parts in PETG and it is not as rigid as PLA. So stick to PLA unless you think you are going to be exposing it to high heat/direct sunlight in the summer.

Yeah, I upped the in fill to 75 percent, I’m hoping that helps. I’ll know after this print is finished. My machine will be kept in the garage, and it get’s really hot in there during the summer. I’ll get some AC in there as it will be my workshop but that’s still awhile away. And I really wouldn’t want to use the AC if i’m not actually working in there.

For stuff that is going to take a load of some kind, I print 4 perimeters at 50% infill for petg. I also do .3mm layer heights. Thicker layers are stronger than thinner layers. Something to do with the extra thermal mass of the layer allowing better bonding between layers. The E3d guys have a write up about it on their site somewhere. All the parts but a couple of the feet are petg on my router now.

Well here’s my part from yesterday. 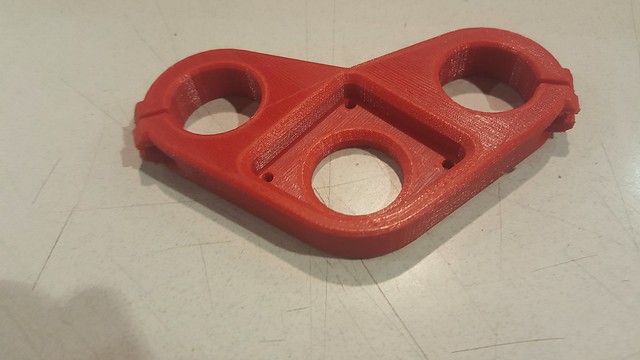 Nearly perfect. Till I discovered this on both sides. 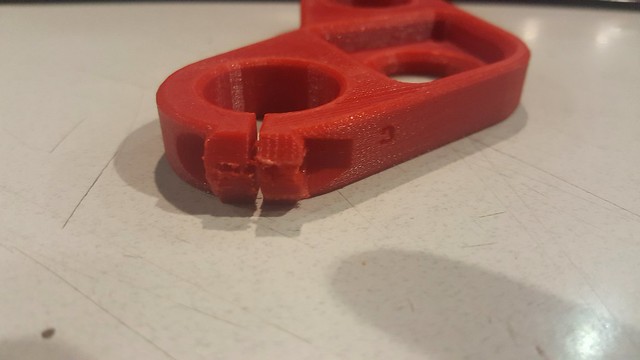 Rather than start over and have something I think will happen again, because the other part that’s similar to this one had a similar problem (in PLA) I decided to raise my hot end all the way up and do some plastic welding, now If I can find that file set… Around here somewhere. 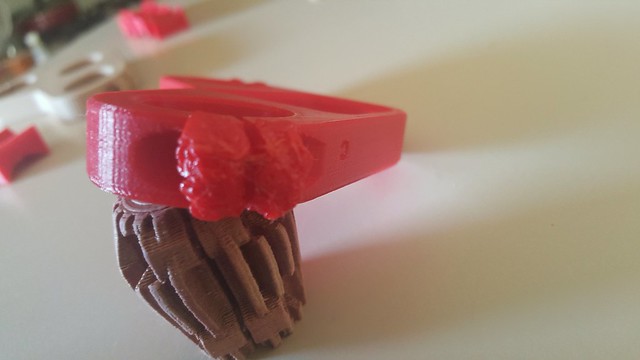 Too hot, or bad retraction (speed or length).

Have you done any calibration prints from thingiverse yet? It makes it much easier, and faster, to get settings correct.

Hey guys just thought I’d check back in. I didn’t go anywhere just took a break from it for awhile after being fustrated with my printer. I’ve been back printing for a few days Still testing to find the best result. I think I got a good set up now, We’ll see in a bit when the test piece is finished. Anyway this is what I have done from my last post. 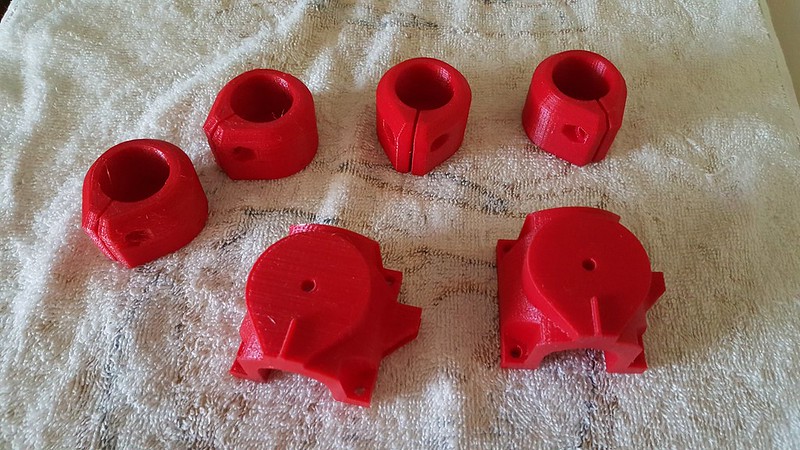 Well the new setting seemed to have fixed most of my issues. Some random stringing here and there but nothing too bad. It’s still on the printer. I had to go back to 30mm/s Which is painfully slow but my prints are much better.

I noticed you designed and built a prusa I3. How fast are you able to print on it while maintaining quailty prints?

Do you have any plans to do an ultimaker style printer?